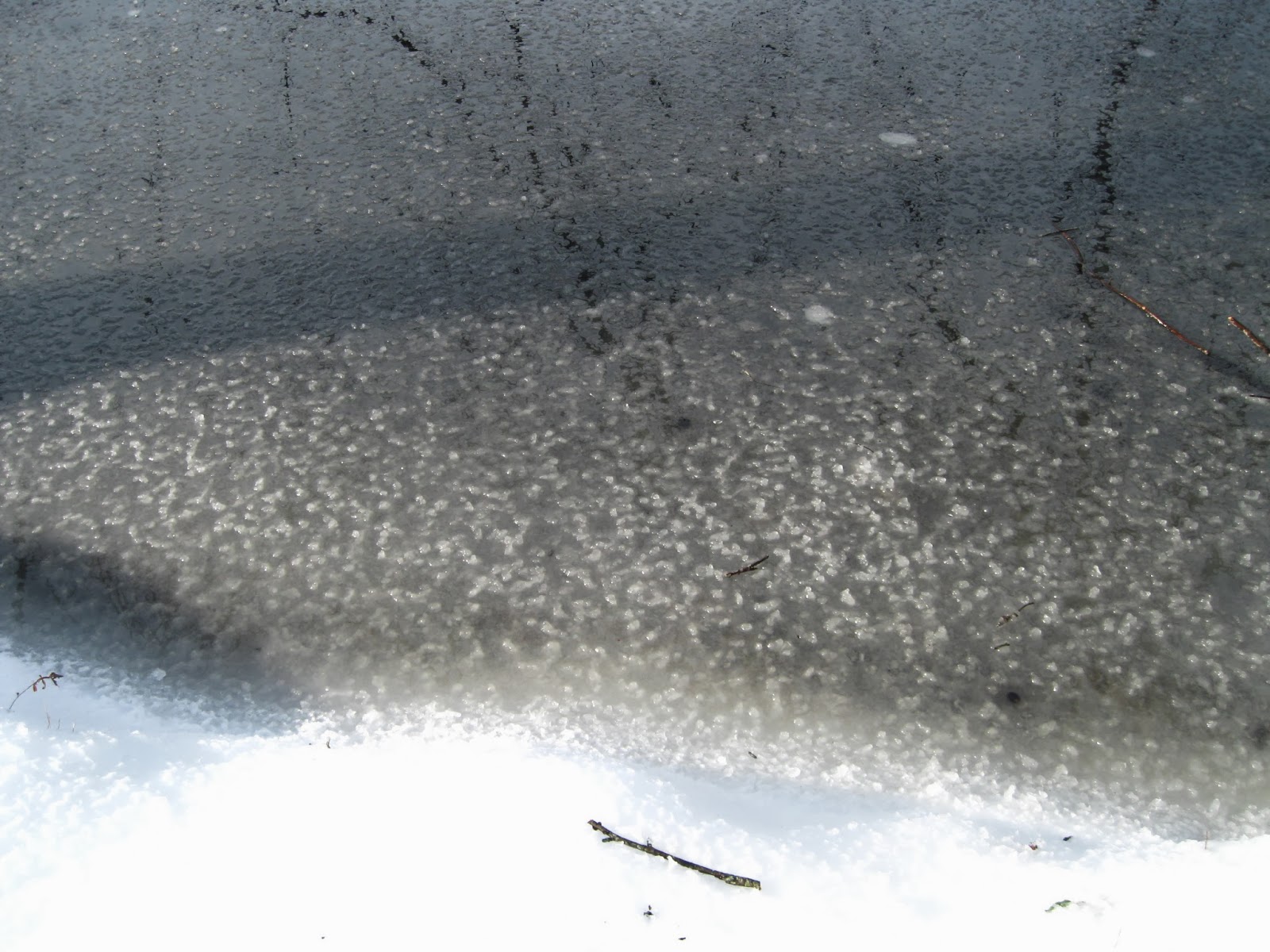 A sudden shaft of sunlight crossed my window, and with it a sense of the passing of the storm. 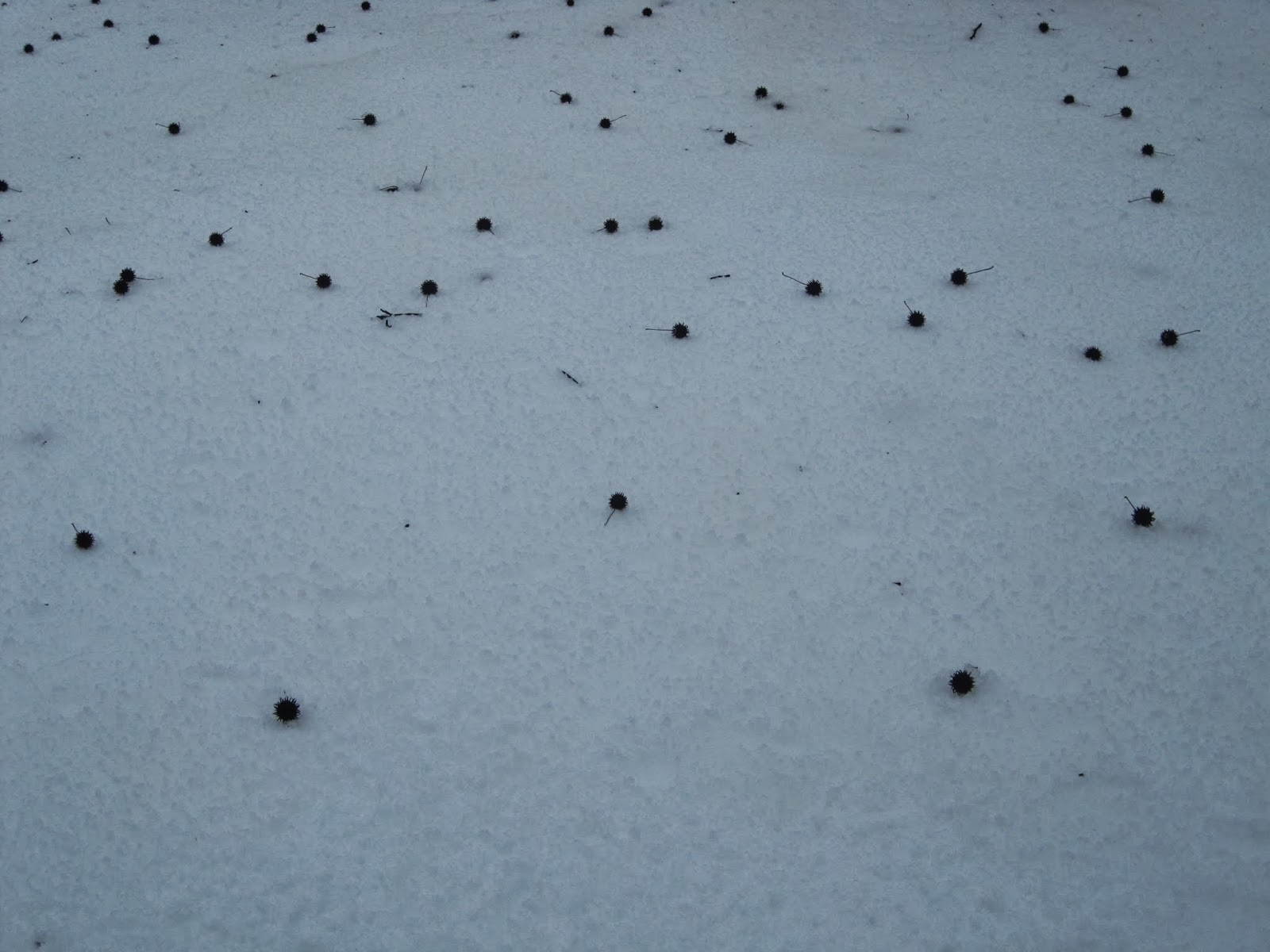 Though I had indolently considered napping, this so gladdened my heart that I strapped on my sodden boots -- morning had been spent trampling the snowbound woods, so gripped had I been with cabin fever--
and retrieved my wet gloves, and damp hat, to see what the world was presently doing. There was a pointillist whisper in  the air, like and yet  quite  the opposite of snow or sleet falling , rather the sound of snow and sleet vanishing. Already the trees and shrubs had shaken off much of them, and the perpetual rustling of snow flakes or sleet en route to oblivion  was accompanied through my walk by the occasional sound of sliding , and a muffled crash--snow dislodged  from a  treetop to the ground below. 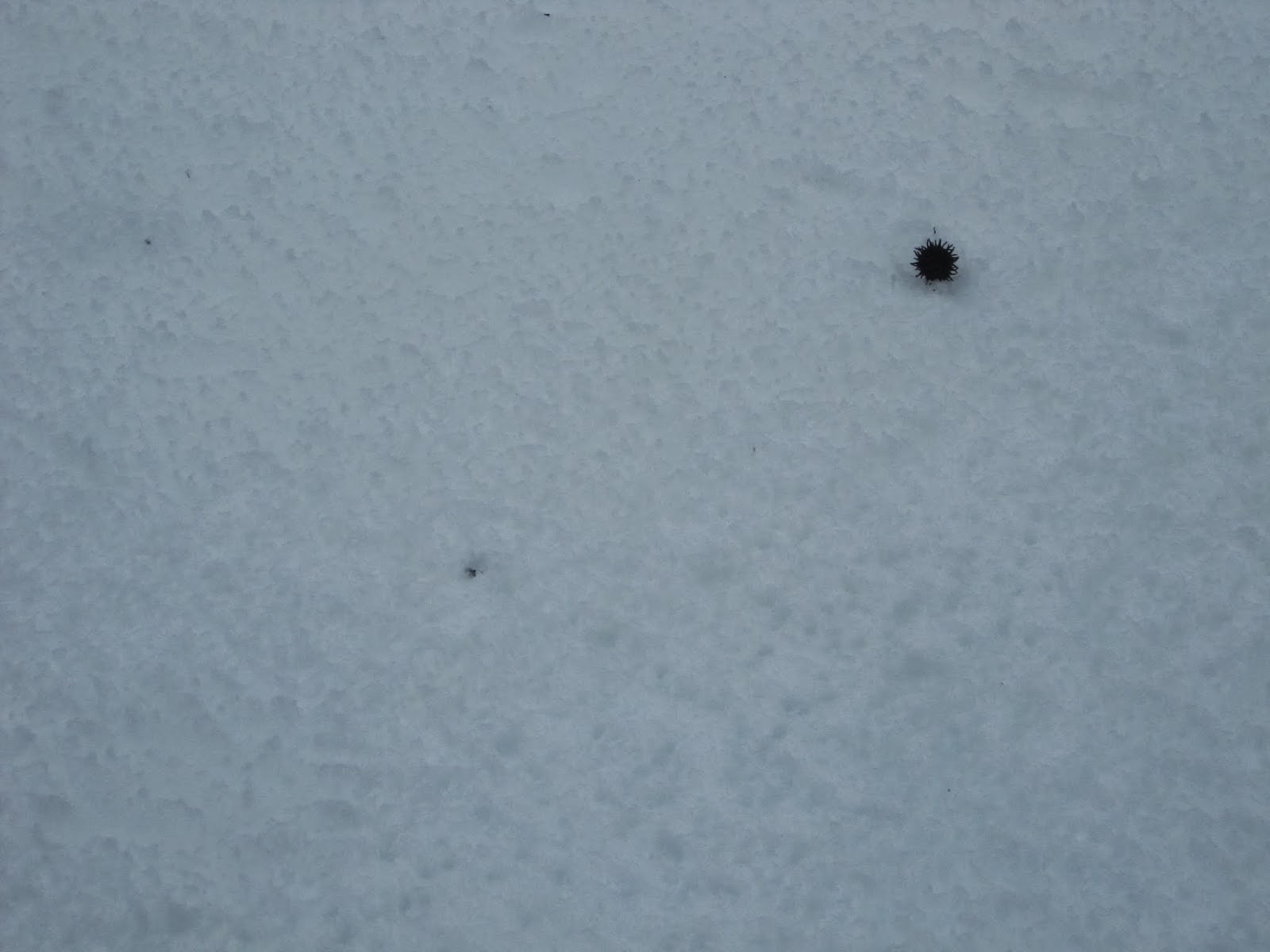 Color had come into its realm again, though at first less seen than felt.. 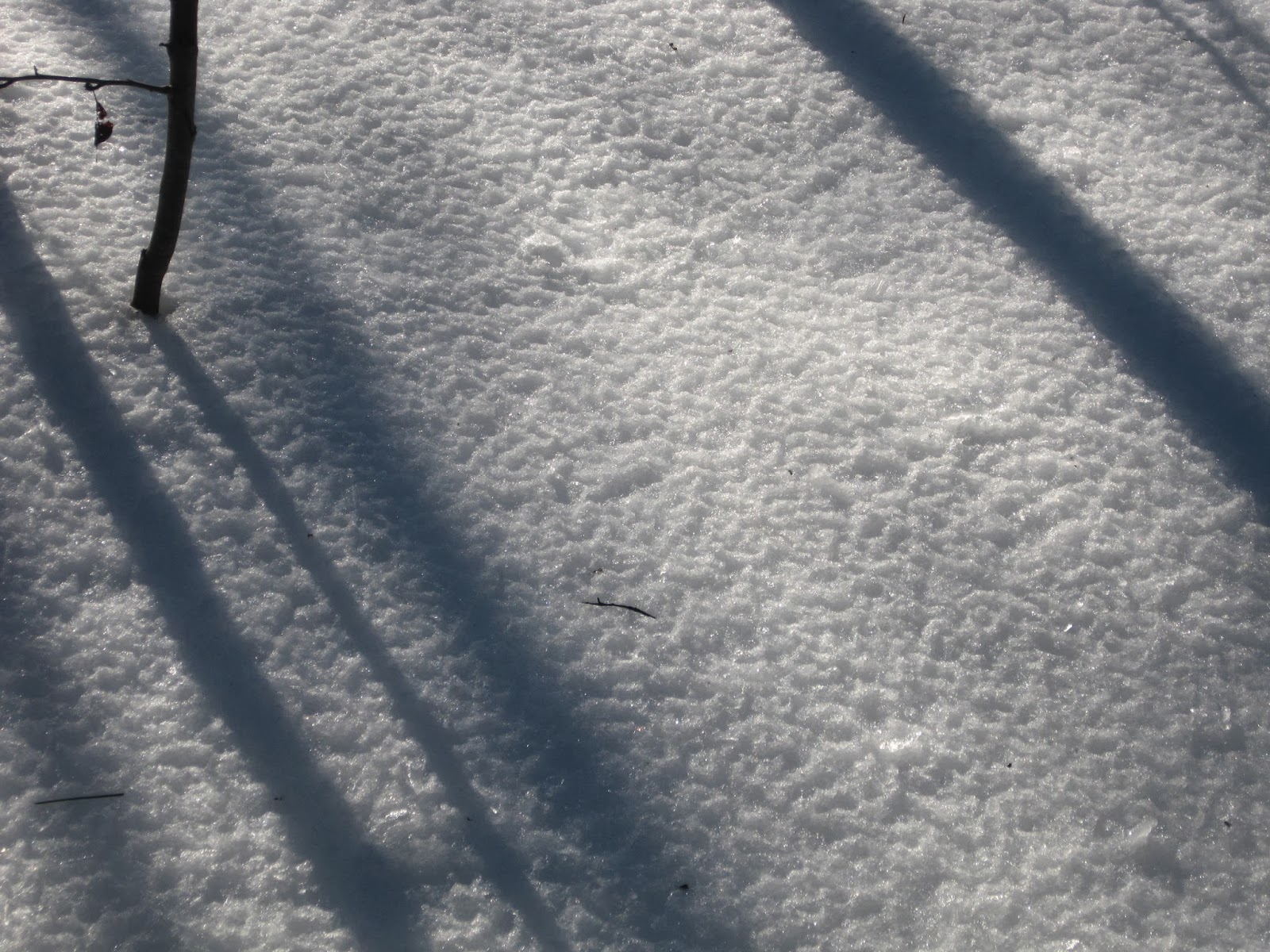 The sunlight raked the snowdrifts, and in them I could discern the faintest, most  minuscule admixture of gold. 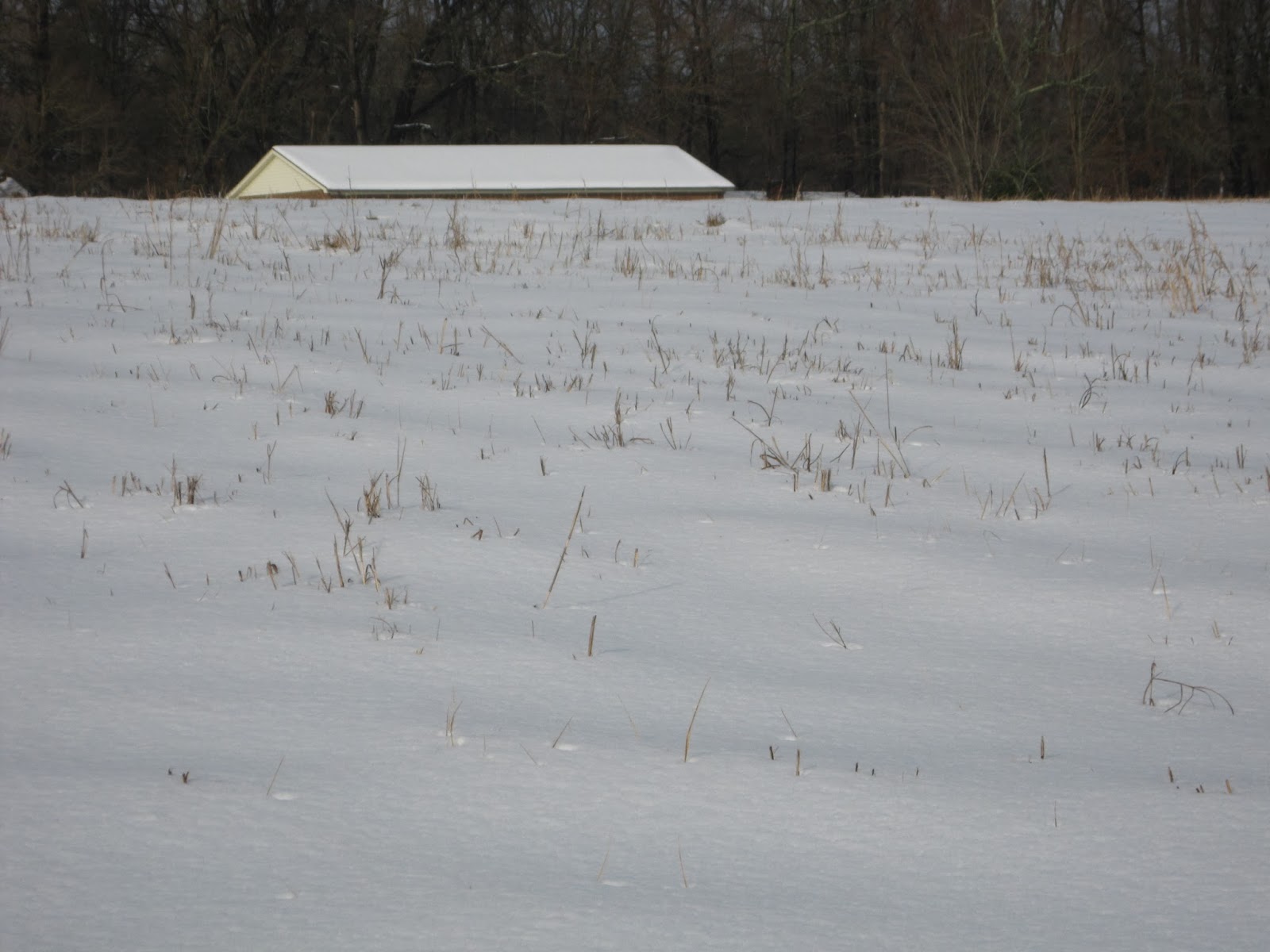 The tallest blades of  wheat thatch straightened tentatively, no longer bent by gusts of wind and the baroque
strictures of the snow. 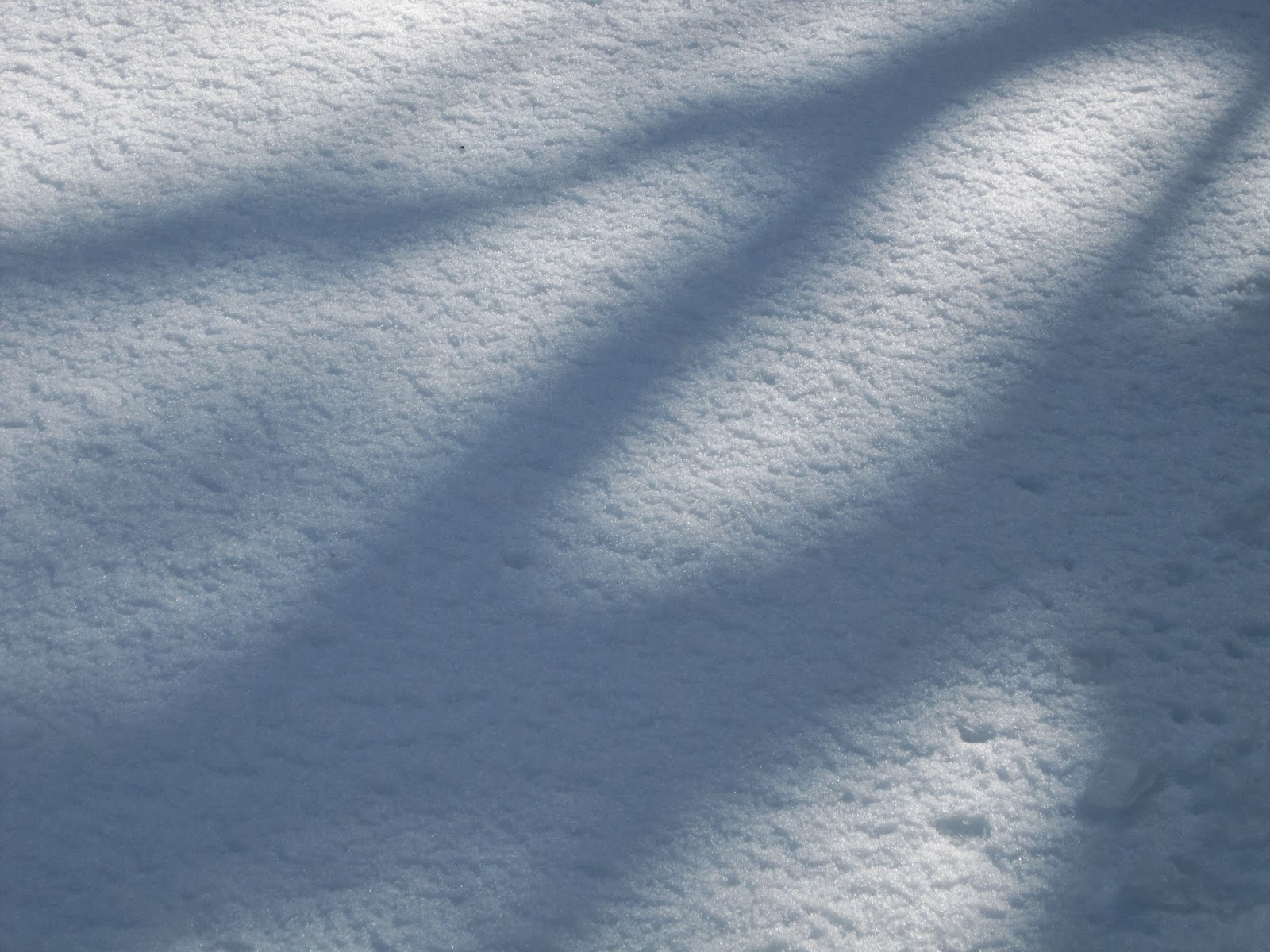 Shadows re-appeared, and I realized that they had been entirely absent during the  louring weather. 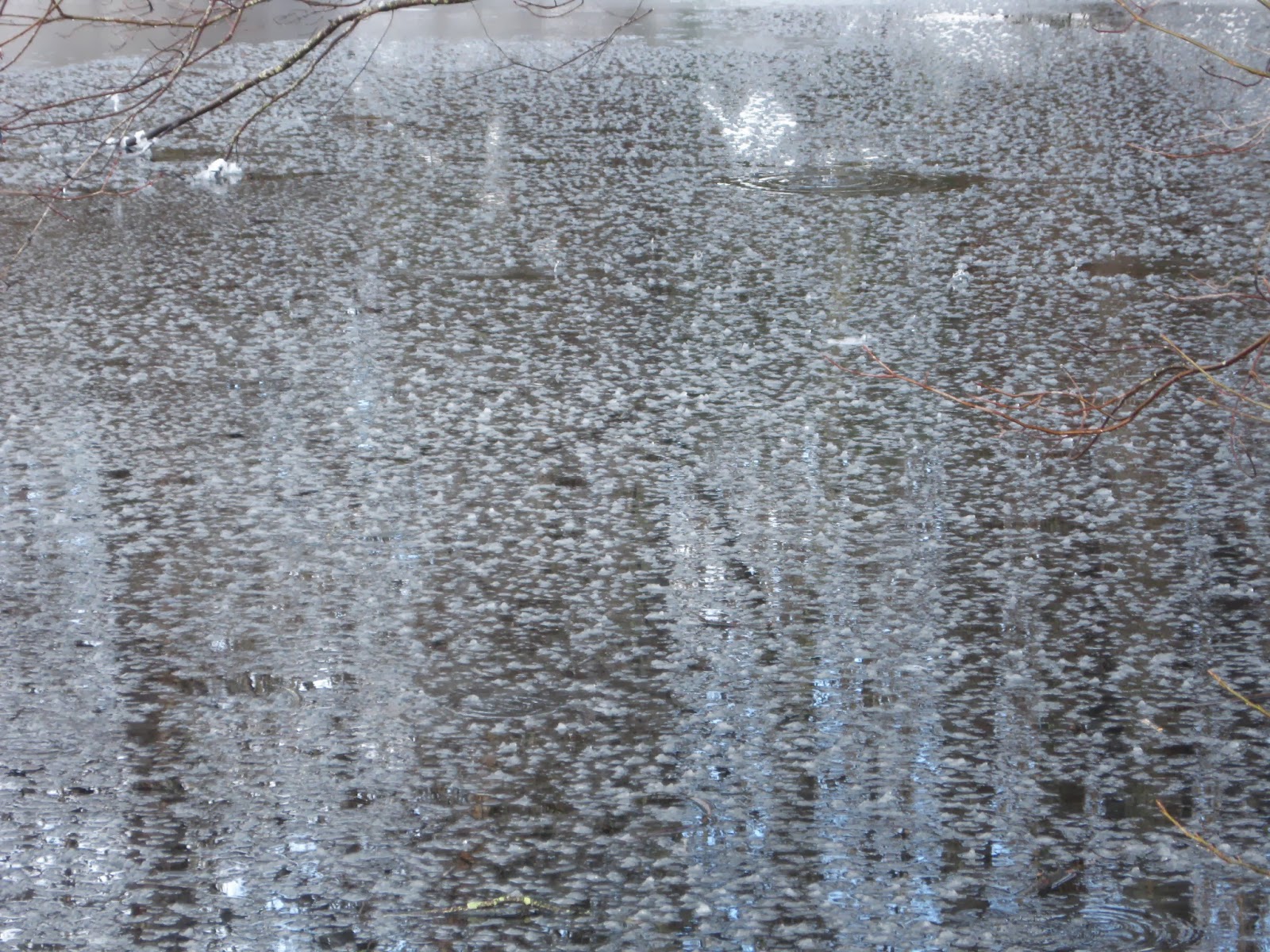 The waters of the pond  seemed almost granular. 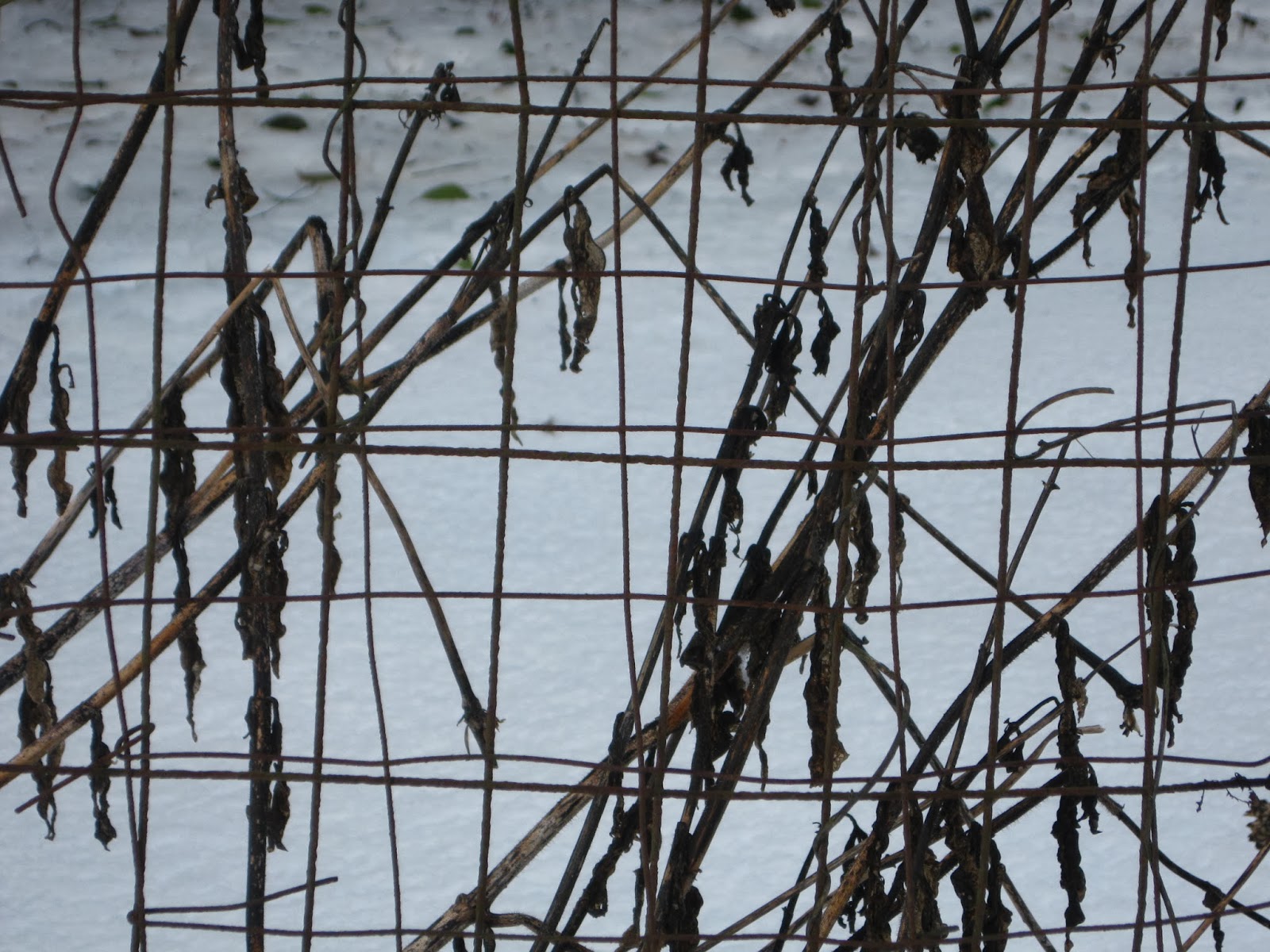 My untended vegetable garden looked calligraphic, the remnants of tomato plants elegant--oddly enough--with the snow as a backdrop. 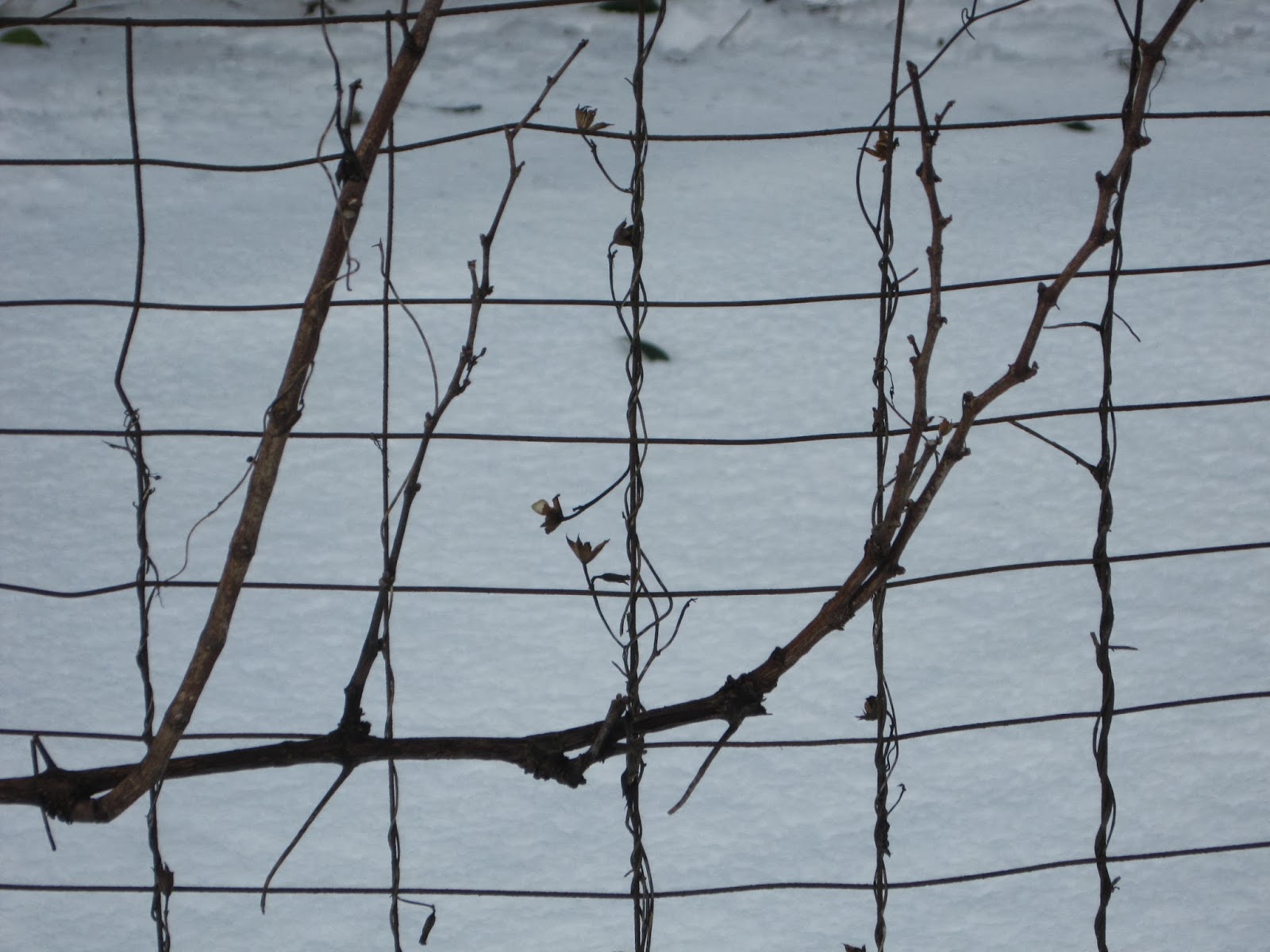 Walking among the blackberry patch was peculiarly easy, except for the sinking of my footfall step by step. 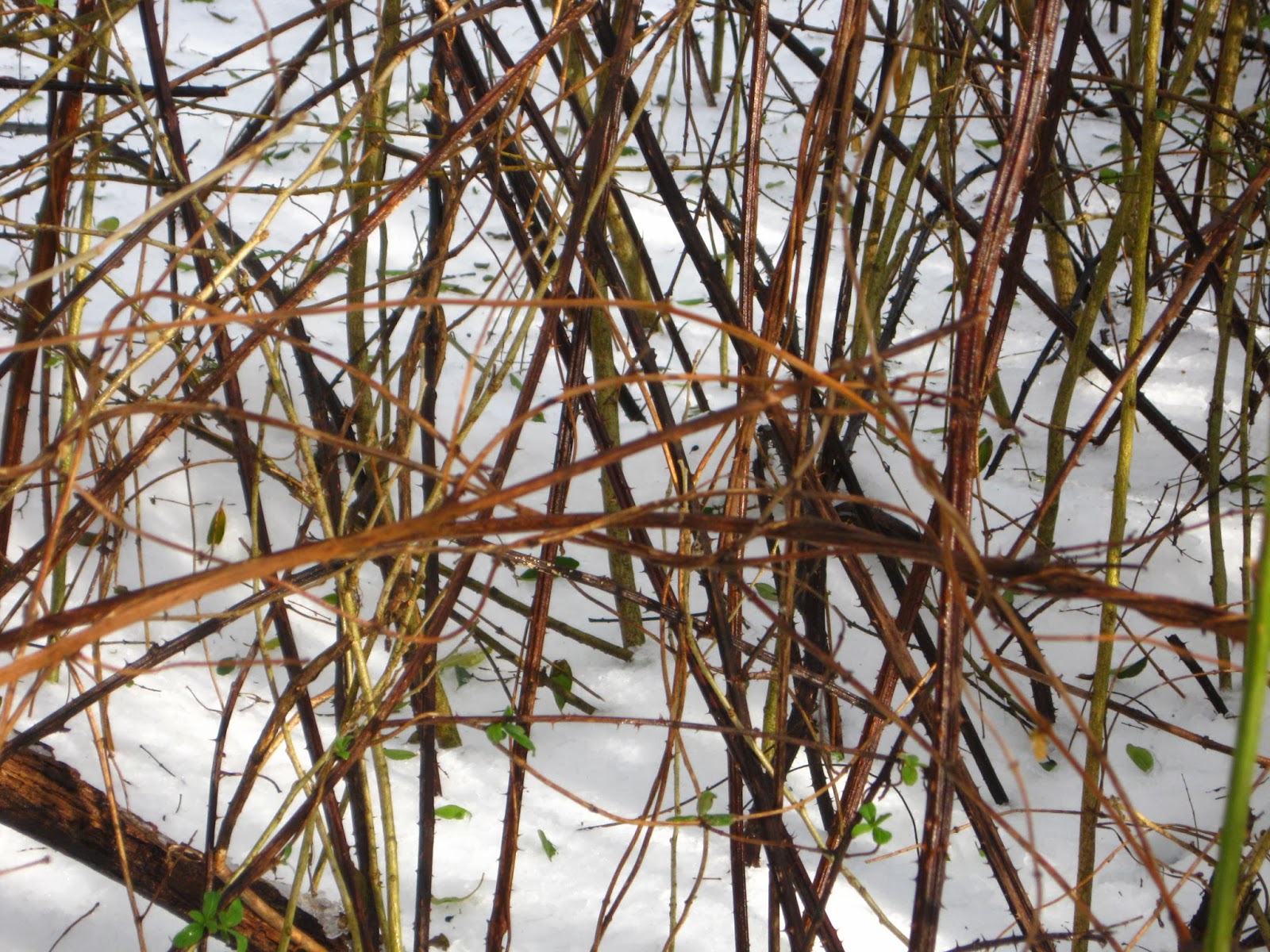 I thought to myself, perhaps I will become a minimalist of snow, and record the whisper of vanishing snowflakes as they pass. 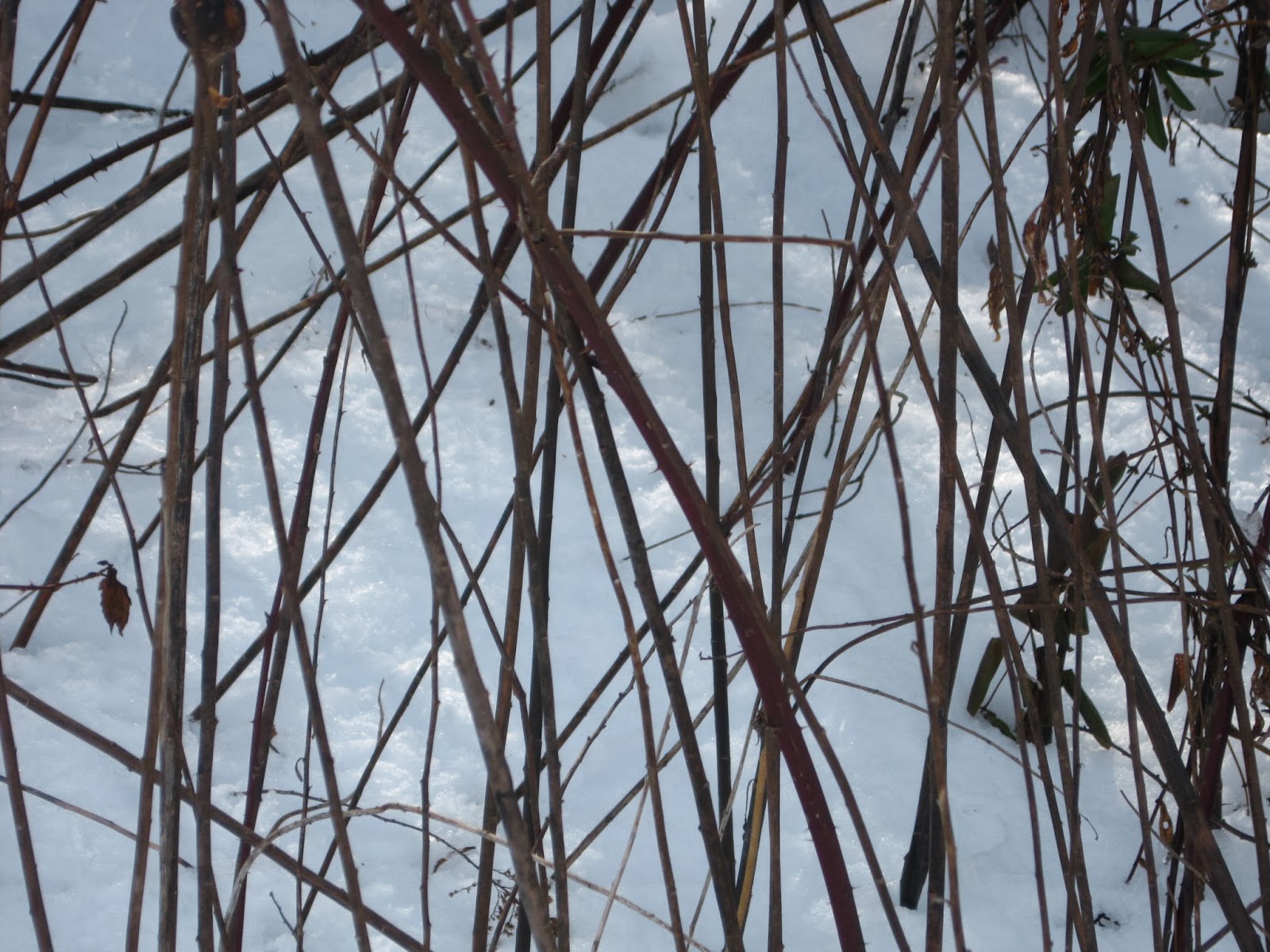 I will be a weed calligrapher, and  write in ideograms exclusively understood by rabbits and foxes. 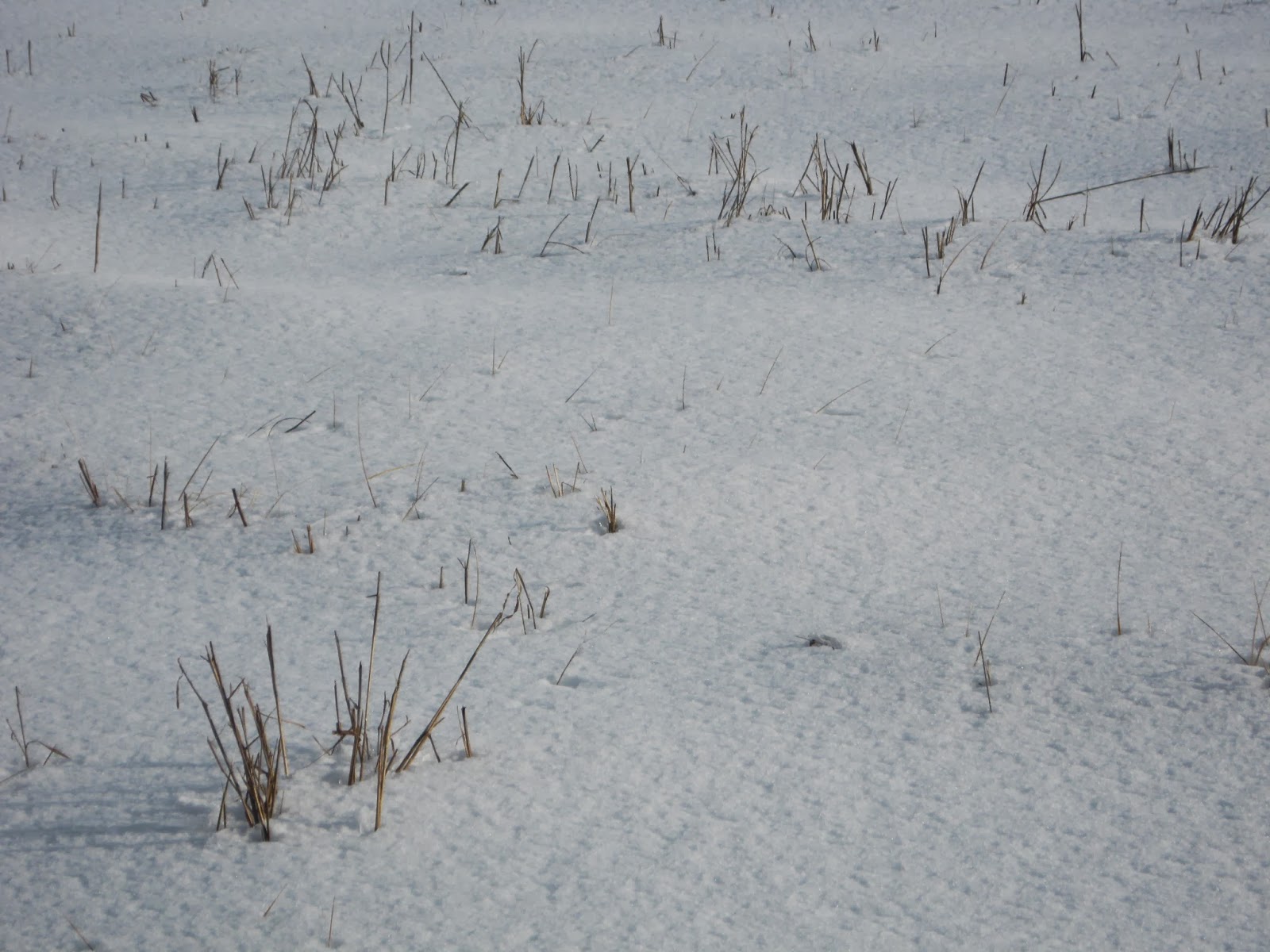 I will become an anchorite of snow dunes. My footprints will perturb the village like Sasquatch. 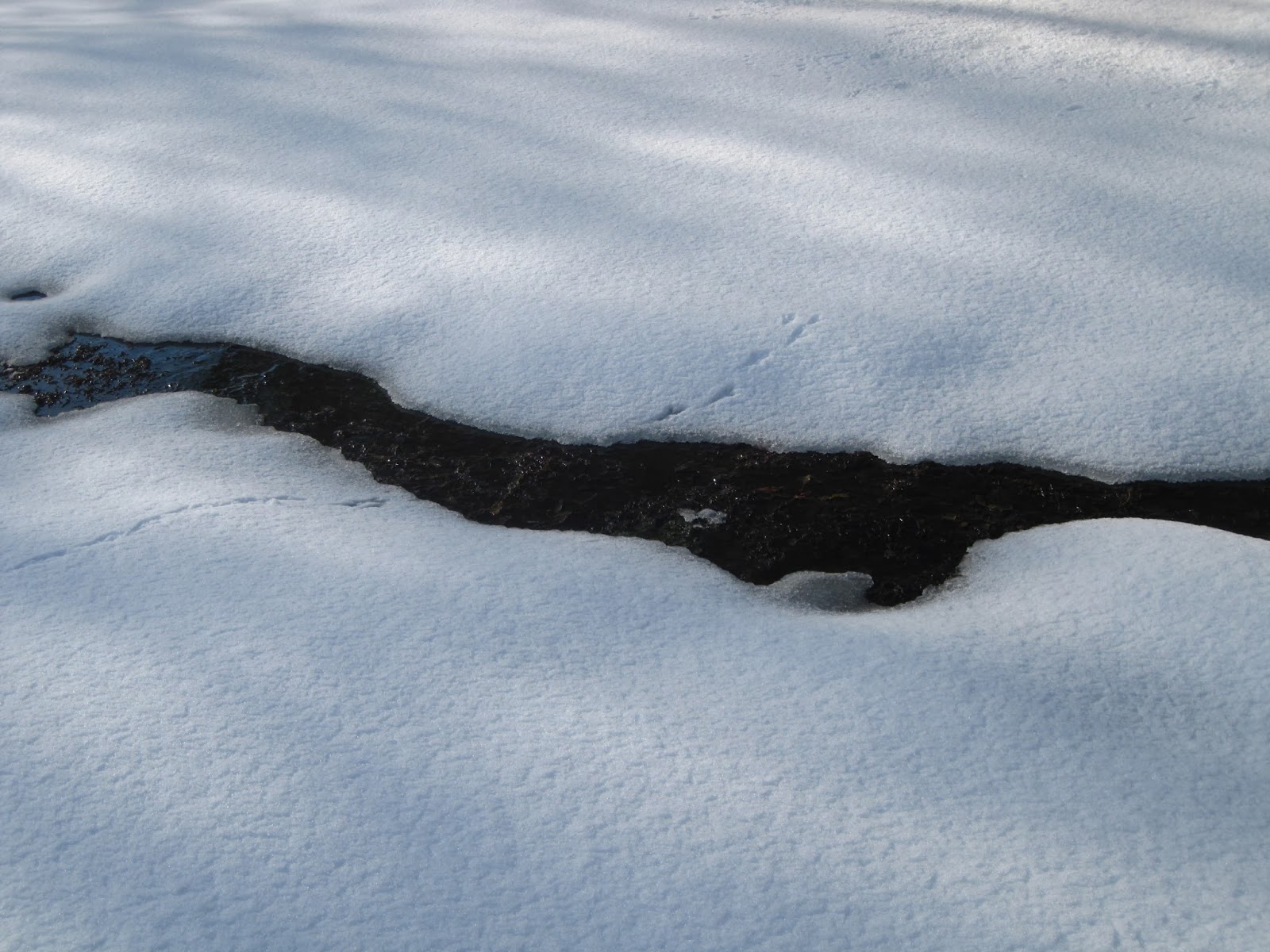 Even a low gully into which water sluices seemed profound..And I decided to collect ways in which
sunlight rakes surfaces, until at last my damp boots became thoroughly wet, the cuffs of my trousers also.


Posted by phillip larrimore at 4:55 AM