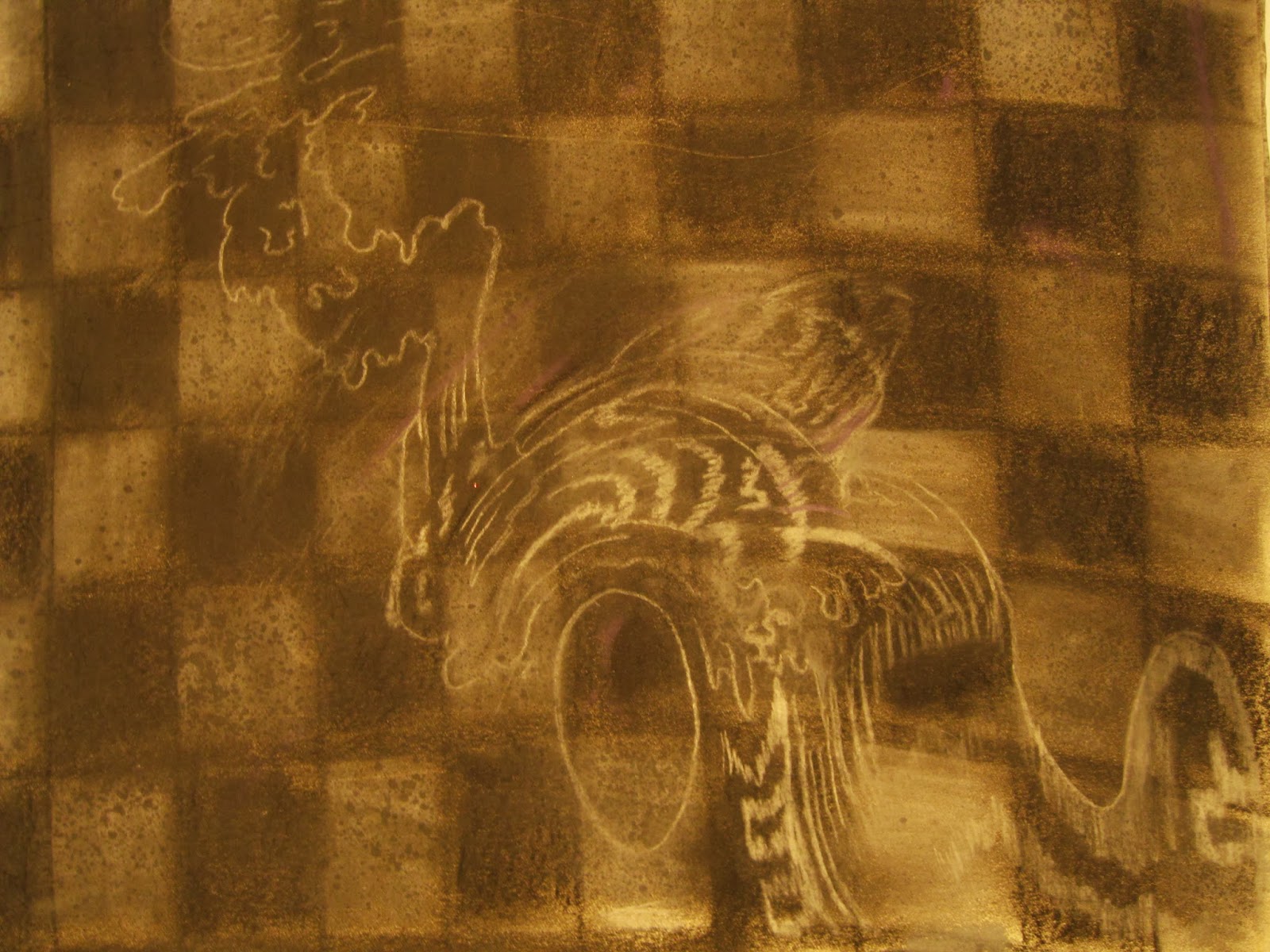 California has always defeated me. It begins in  near perfection--the flora,fauna, the mountains, and the sea-
and rapidly deteriorates to the inescapable company of crackpots. I went there in 1991, to  put some distance
between myself and the AIDS crisis in New York.  I stayed for the first ten months in the penthouse eyrie
of Ken Kelley, a journalist and friend  who I had known during  time of the Student Revolution and the  Weather Underground of the '70's. At that time, Ken was well on his way to deteriorating from a fine journalist to a sociopath (he was later to die in prison)and  after an inward struggle, it became clear to me that I could not save Ken from self-immolation, and I left his penthouse while he was away, ostensibly interviewing  Jack Kervokian ("Dr. Death") never to see him again. 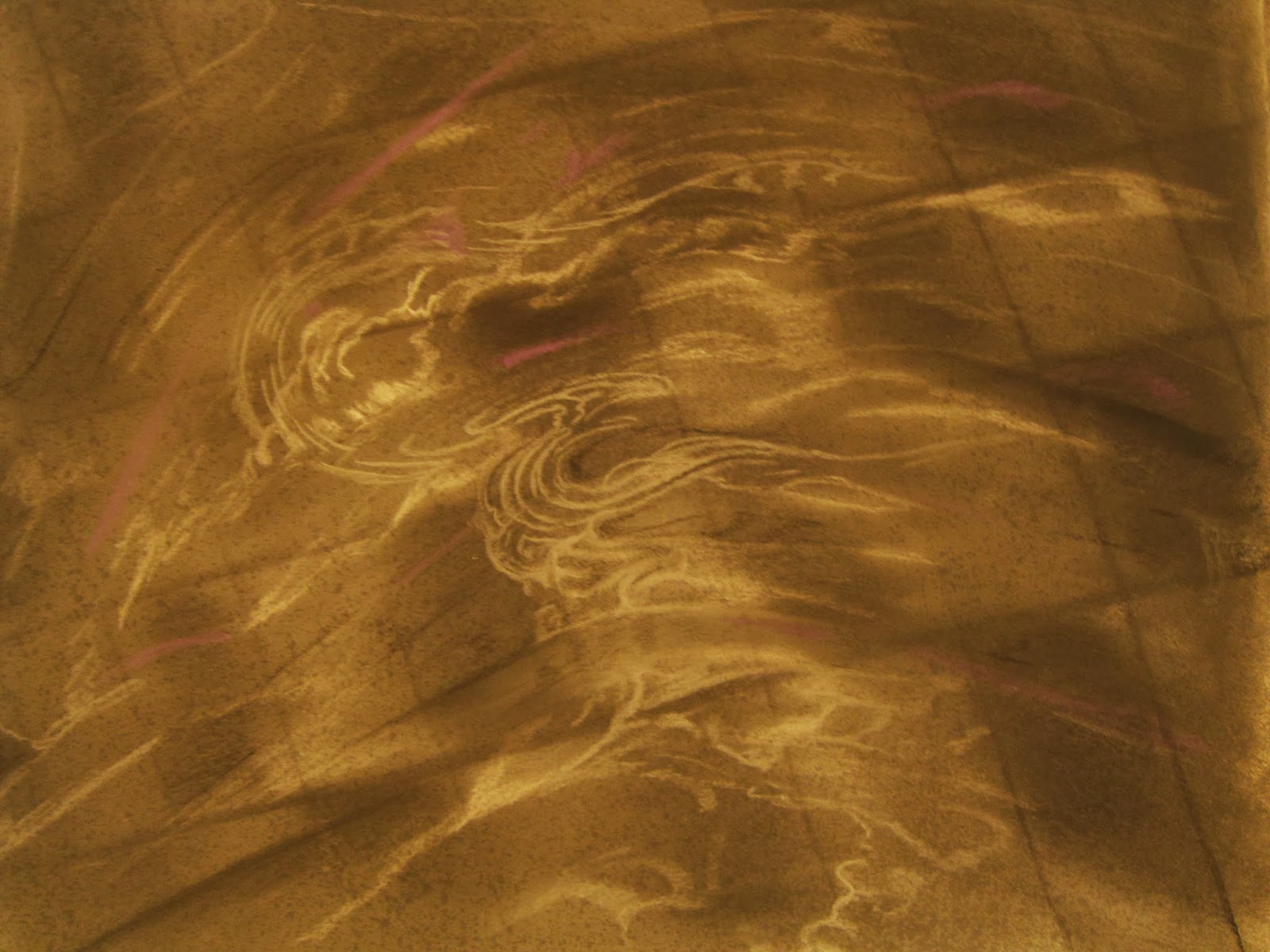 Following this I stayed in Sausalito with my friend Gaylan, who had settled down there after a decade
of doing such things as walking across the country barefoot for love of Robert Fripp, the guitarist.
She had often landed in my loft in Soho during those earlier times, but now she was ensconced as an oracle. 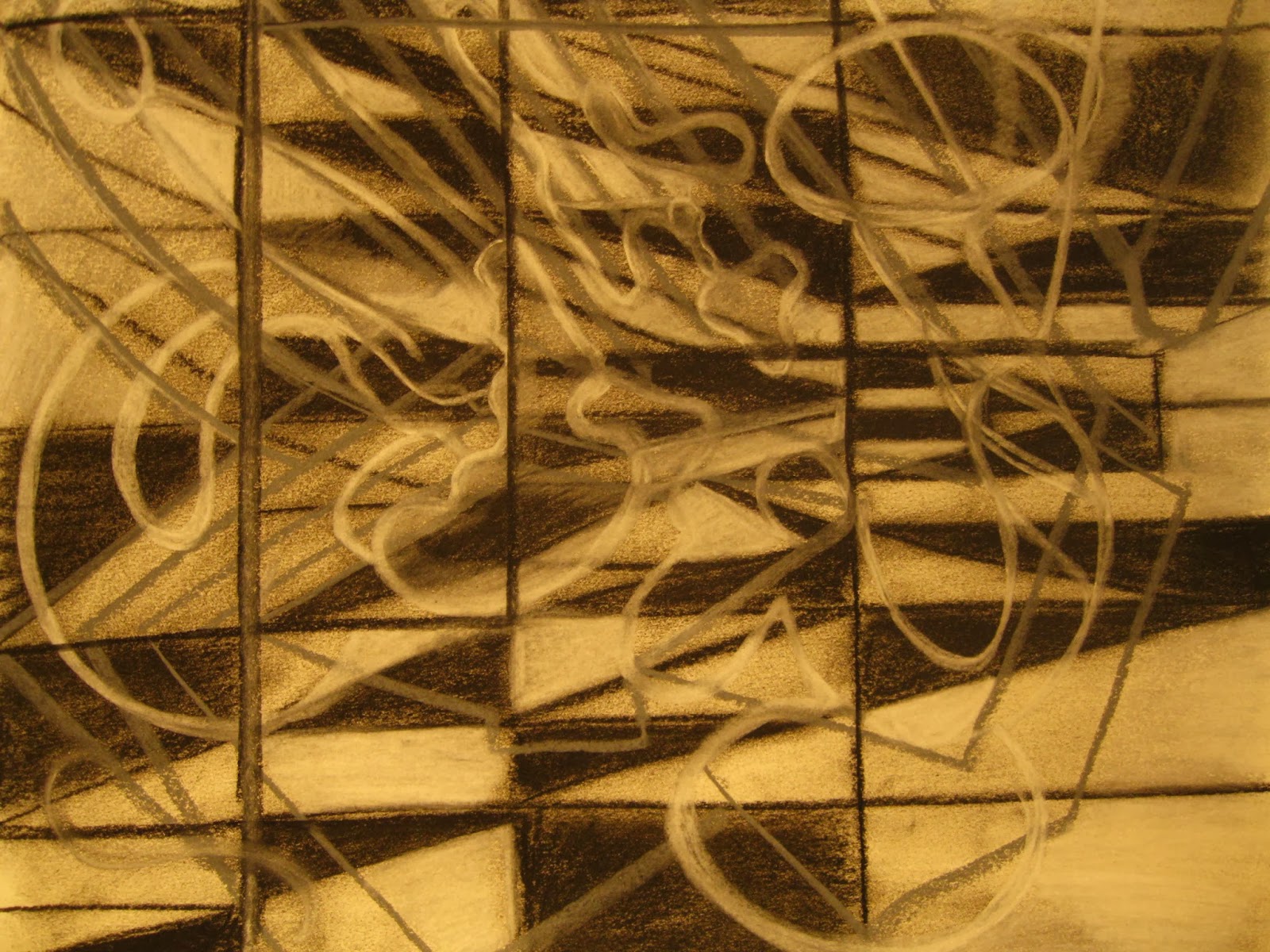 I helped her with an after hours program that she ran with the SF Waldorf school  and a program for kids that she ran during the summer, hung out with cyberpunks, started a magazine, attended such things as UFO conferences--where I was the sole person in attendance who did not believe themselves to have been "probed"--and sought something of a less ephemeral nature which would keep me there. This did not occur. 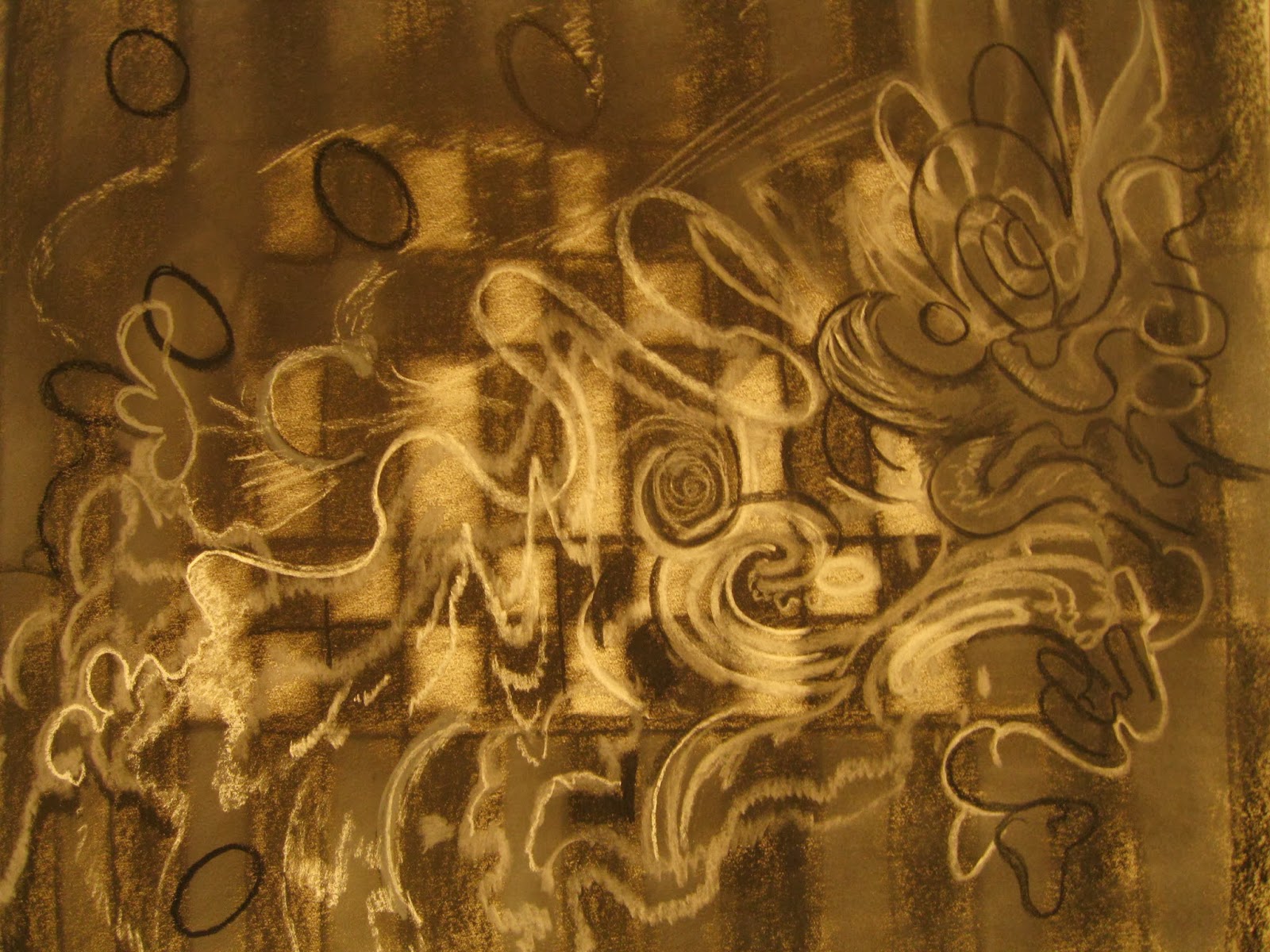 Partly this was due to a weird apathy on my part following the AIDS related deaths in my New York circle--echoes of which continued to follow me for some years afterwards, as well as the almost regular arrival of more bad news. I could not find reason for existence or purchase, and my beliefs were all held up to questioning  by the deathbeds where I had sat. 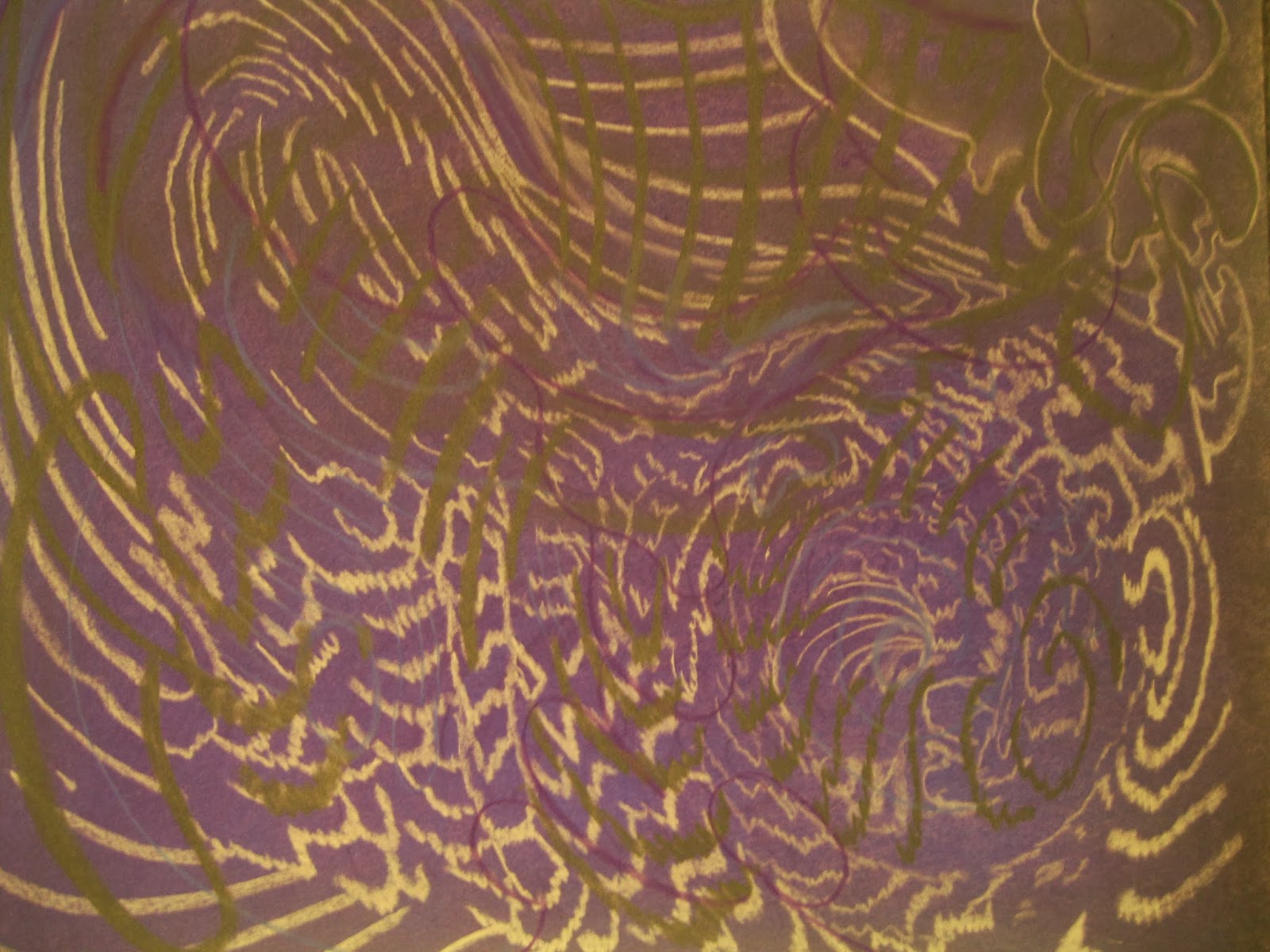 Finally, I  gathered  my possessions  onto the Trailways Transcontinental Bus, and returned to North Carolina. I knew that I would not drift into oblivion or commit suicide around my family. 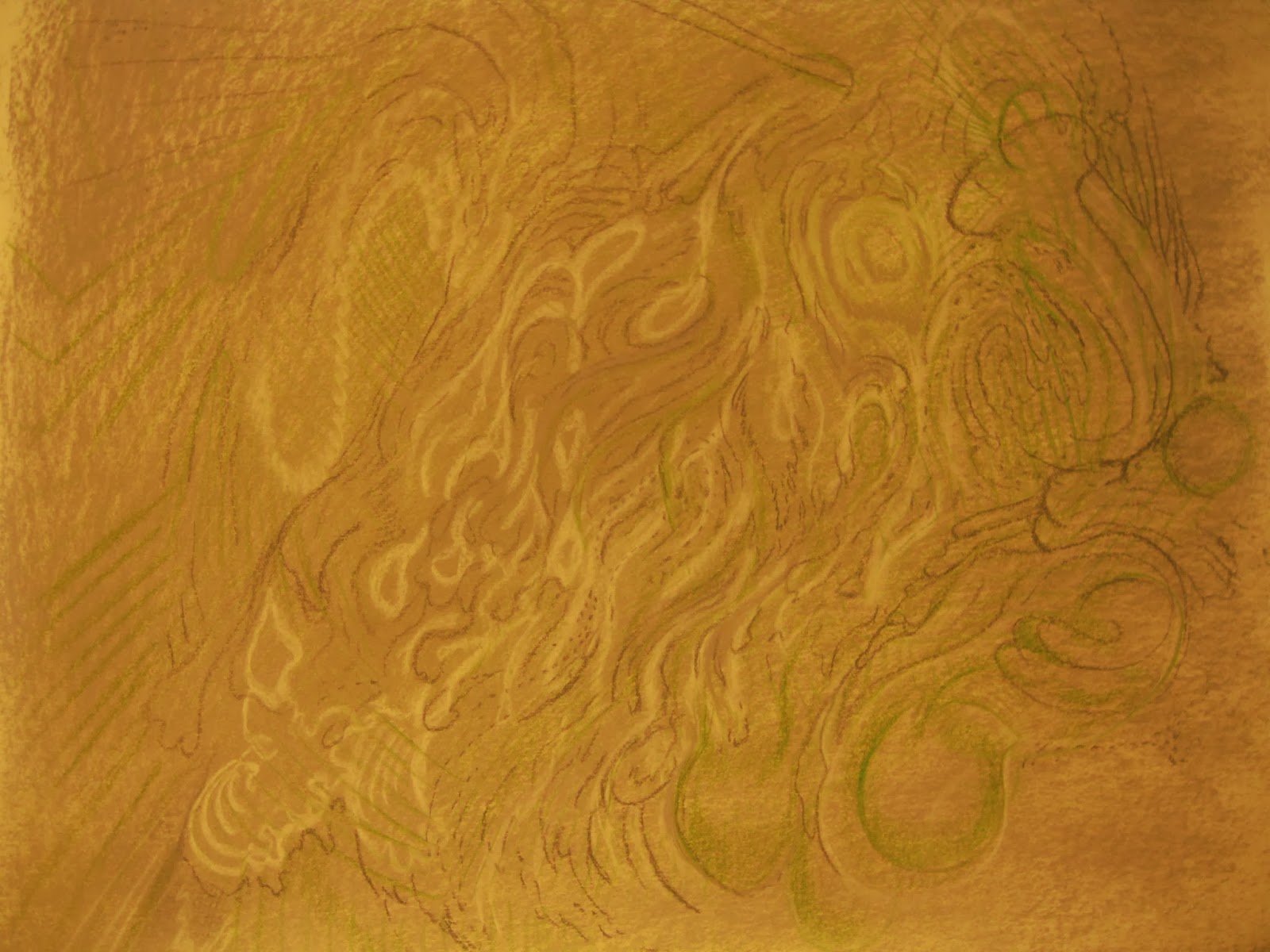 It was a strange journey through  the northern part of the country gripped in  winter cold. I met a young woman --really, a teenager--who was being fetched home by her brother from who knows where, who wanted--I think--to escape with me--
or at least to discuss spiritual matters.( This was something that happened to me often during this time.)
When she disembarked somewhere in Nebraska she pressed something into my hand-- a grey knight from a a  plastic chess-set.. Periodically it  re-appears among my drawers of miscellaneousness, and with it the memory of her pinched young face turning towards her fate. 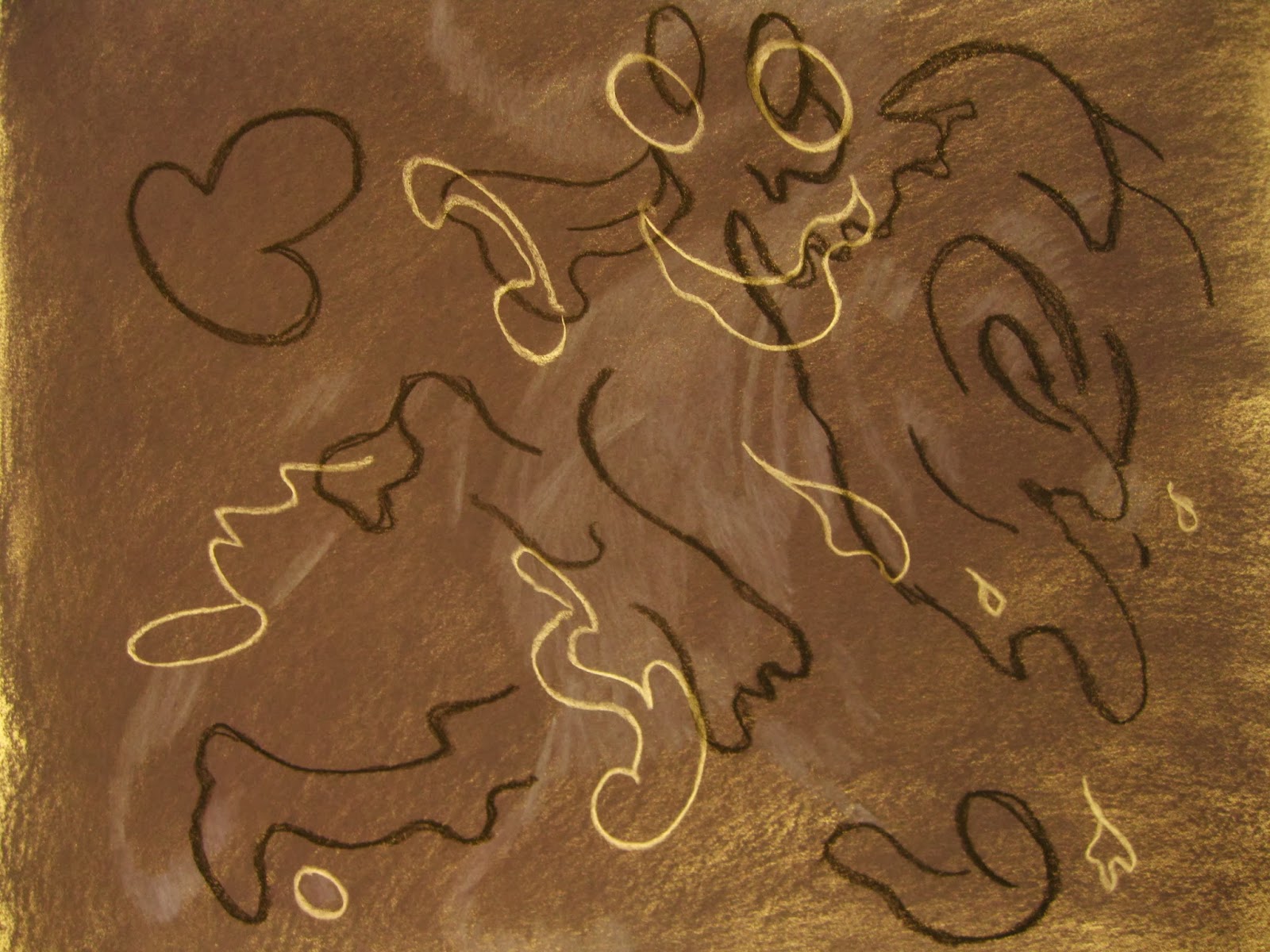 These drawings, which were done in the first week of my arrival in North Carolina, were done as
a record of my transcontinental crossing.  Several months later, I received in the mail a poem from
Ronald Johnson, who had returned to Kansas from San Francisco, just before my own departure from
Sausalito. In it, he details his own such journey. I thought of the diaspora among  the living, for Ron's circle had been decimated  by AIDS  as mine had been, and our correspondence from that time  fluctuated between denial and contending, tears and injunctions to buck up.
. 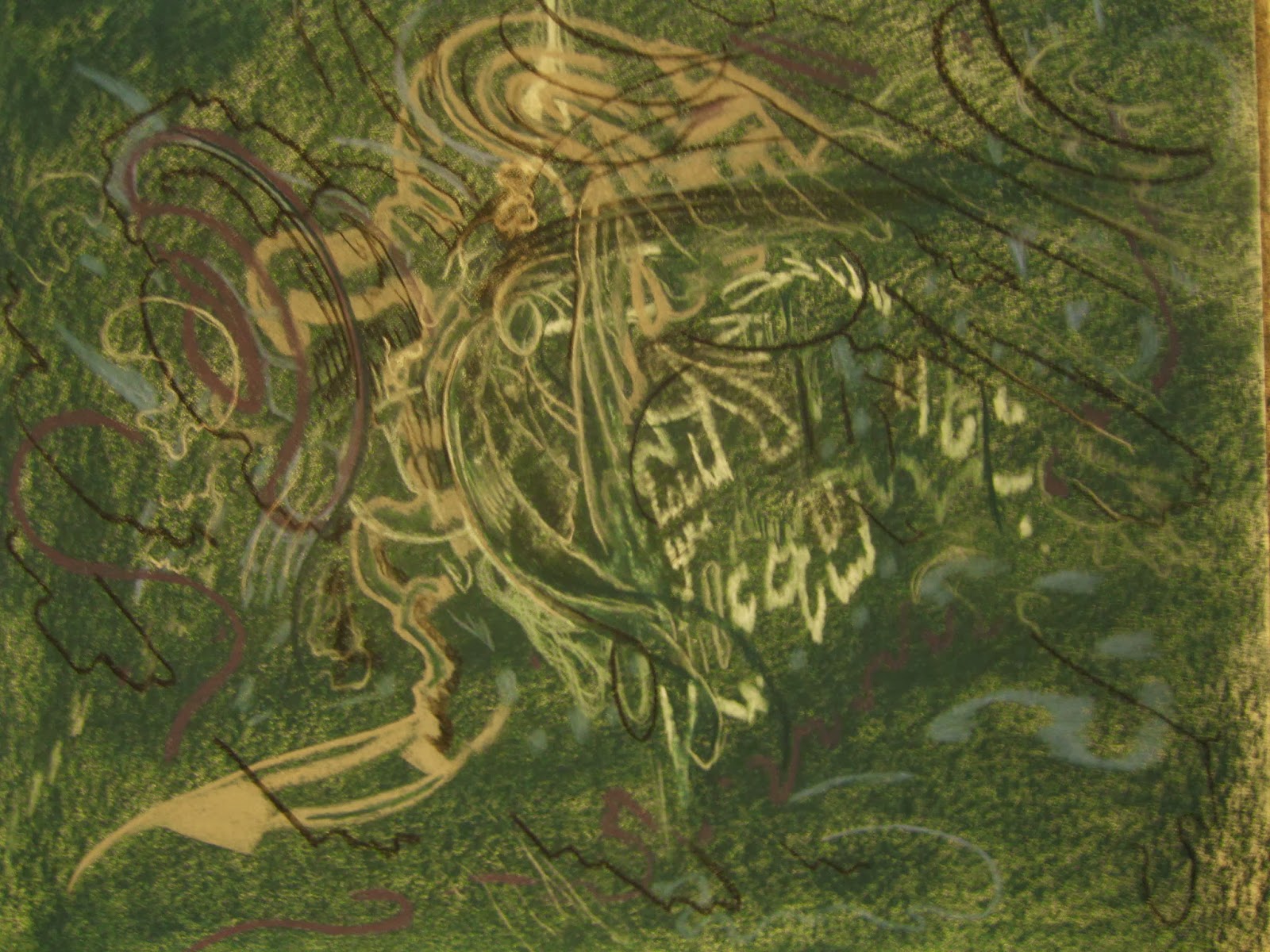 What I know now, which I did not know then, is that you must turn everything to good use.
Posted by phillip larrimore at 5:11 PM