From  1986 to 1992, I  practiced the recitation of the 99 names of  Allah--
or the DZHIR, as well as the prayers of Islam, which I learned at the
Masjid al Farah, a Tekka in lower Manhattan.

This coincided with my particular peak of the AIDS crisis, so I soon had much
to pray about. It would not be an exaggeration to say that every step that I
took in the hospital  wards where friends were dying was done to the  reiteration
of these names. They entered my footsteps but they also entered my hands,
and I began to pray as I drew and draw as I prayed.
It would be absurd to claim a sanctity for these drawings as a consequence,
and I  emphatically do not, but  there was a concentration peculiar to making them.
They can not be resumed when put down, for example, and in those which
I  have tried to do so I can detect exactly where this was done,
like a crack in the pavement..
The practice of doing  drawings to the recitation of the names is
one I return to every year or so, out of fidelity to the practice:
The prayers will always be a part of me, however  I depart from
"cultural Islam".
(There are drawings of mine which do not have this  background,
and thus have a different place in my work, so I am cataloging
the various groups according to their origin and intention.) 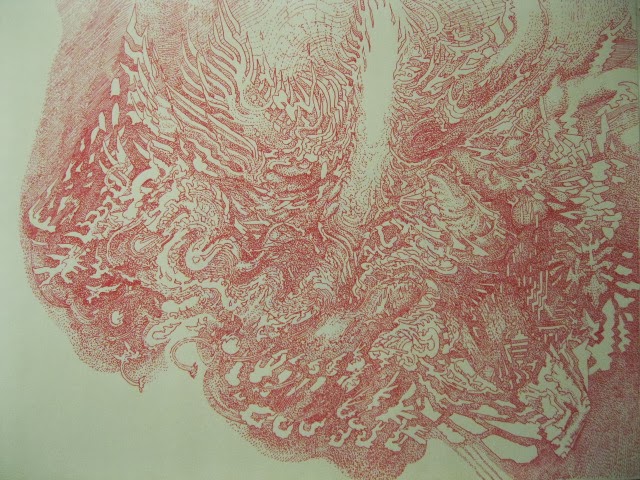 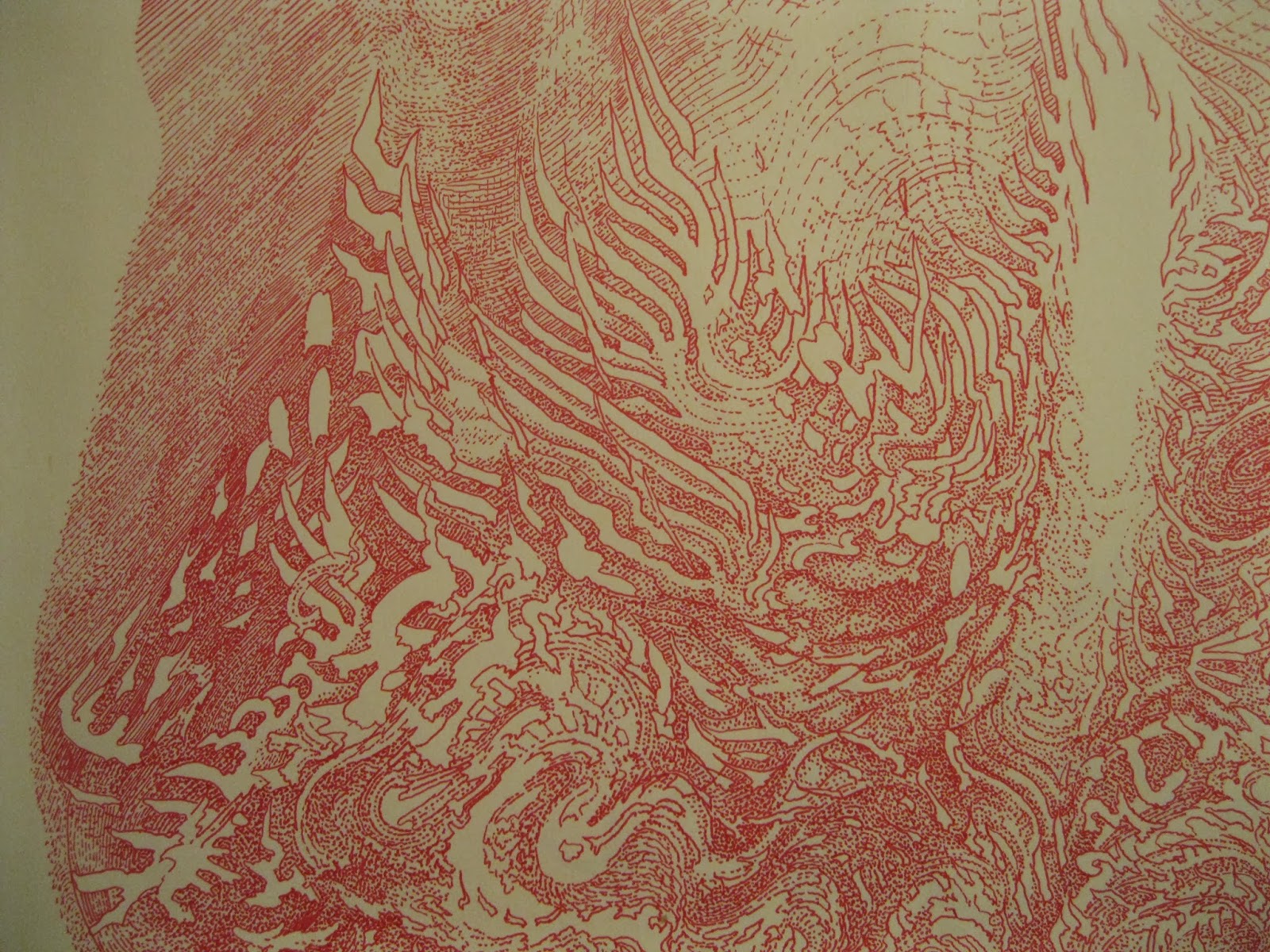 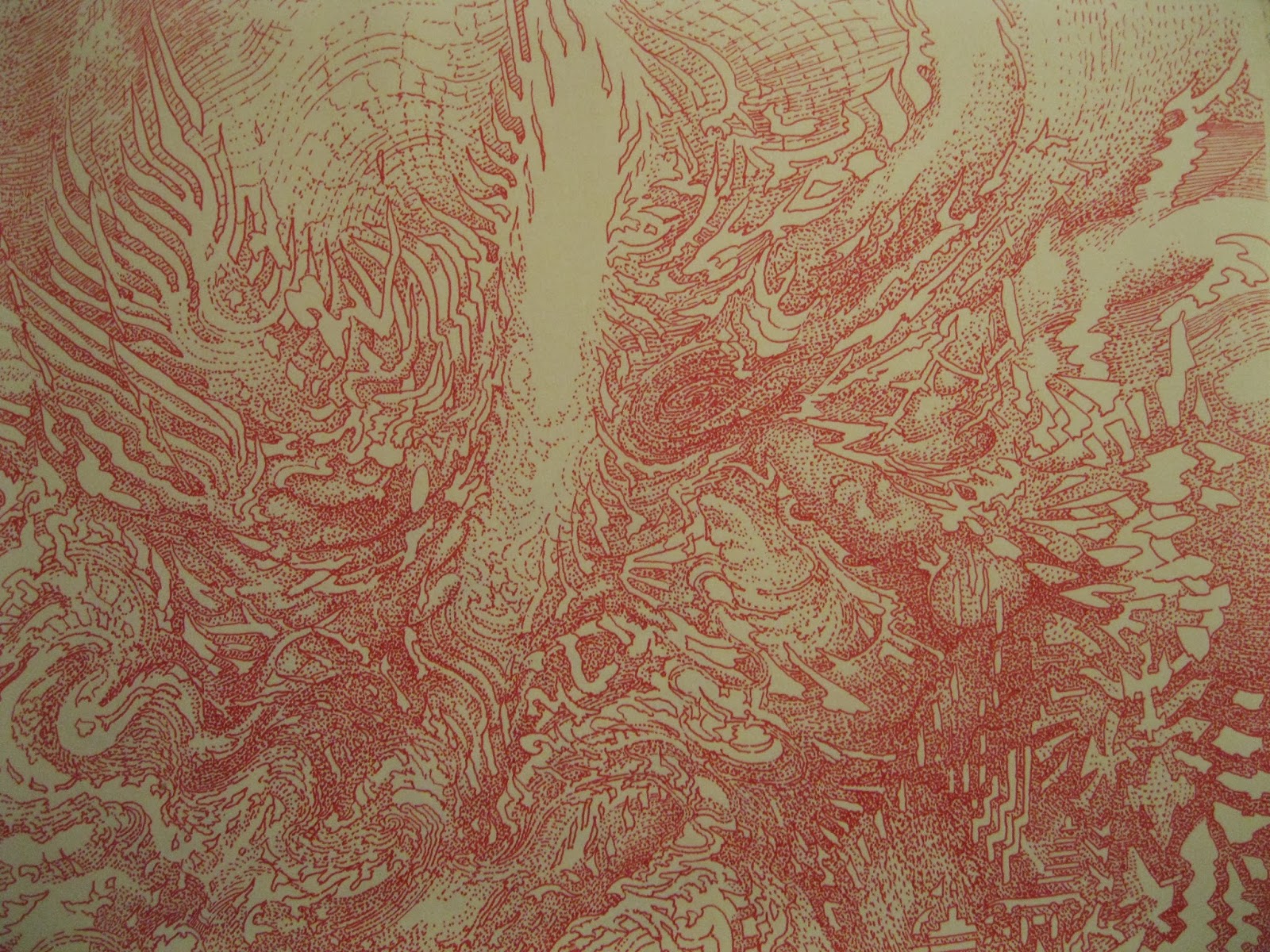 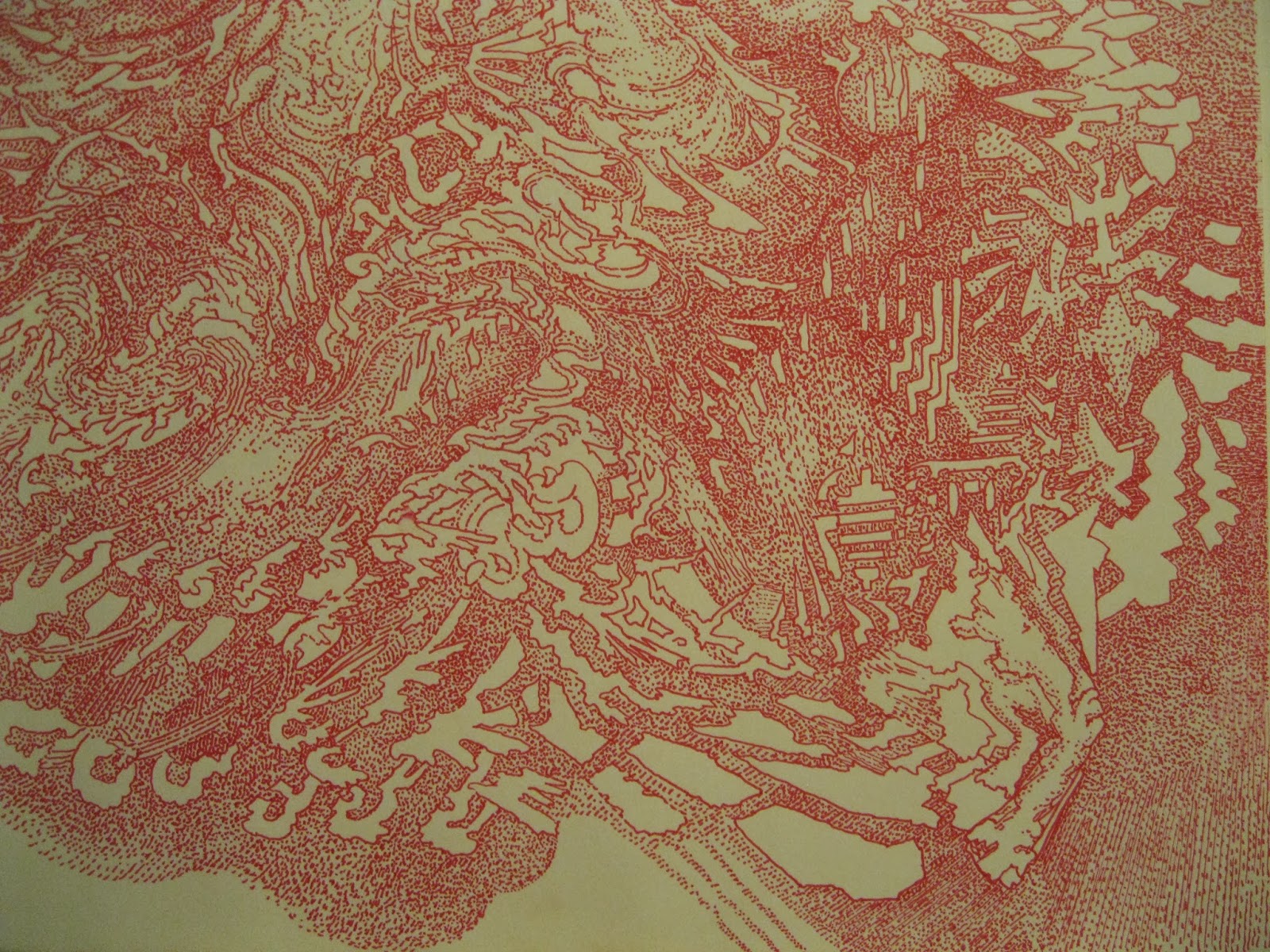 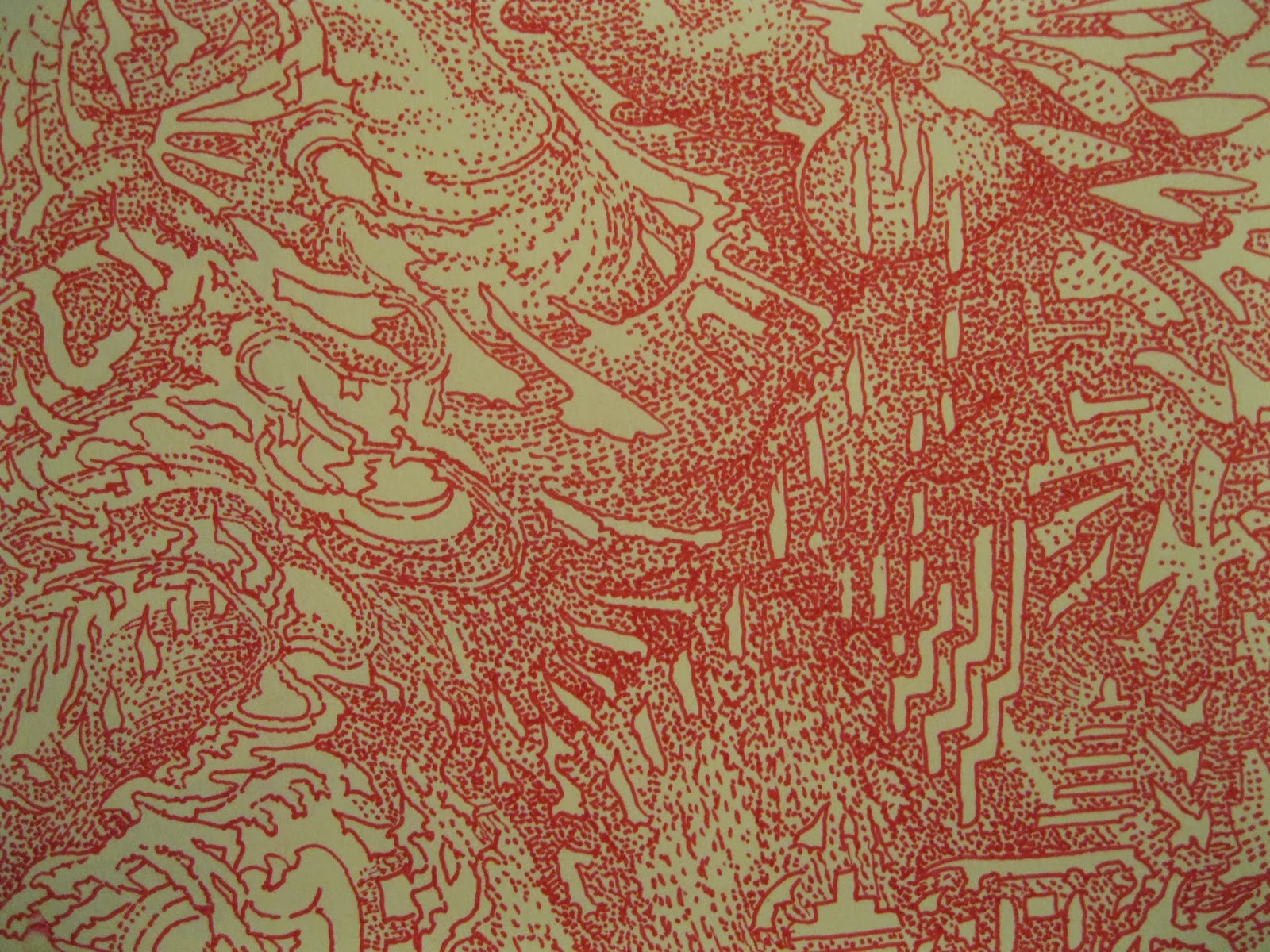 Never-the-less I consider  these to be the taproot or wellspring of my work as a draftsman, as
this series--characterized by the stippled technique--was begun  in my first maturity as a draftsman..
If it is done with dots, it was probably done as a prayer.  (I had resumed painting years before, in 1981).
This drawing--which is 18''x 24', was done in 1998. The first photograph illustrates it in
its entirety, the remaining photographs show its details.It is called "the 99 Names".
Posted by phillip larrimore at 6:18 AM