I lived in Sausalito, California, in the early 1990's. An uphill walk of a little more
than a half an hour lead me via  tunnel to the Golden Gate Bridge. Five minutes
downhill from the little shack where I lodged with my friend, Gaylan, was SF bay.
The presence of water was continuous--mornings hailed the burning off of the
hazes that had  rendered all  luminous but indistinct;  nights began with the
drift of fogs from the sea, and from the sea, uphill. Their comings and goings
made the  immaterial material and the material immaterial . 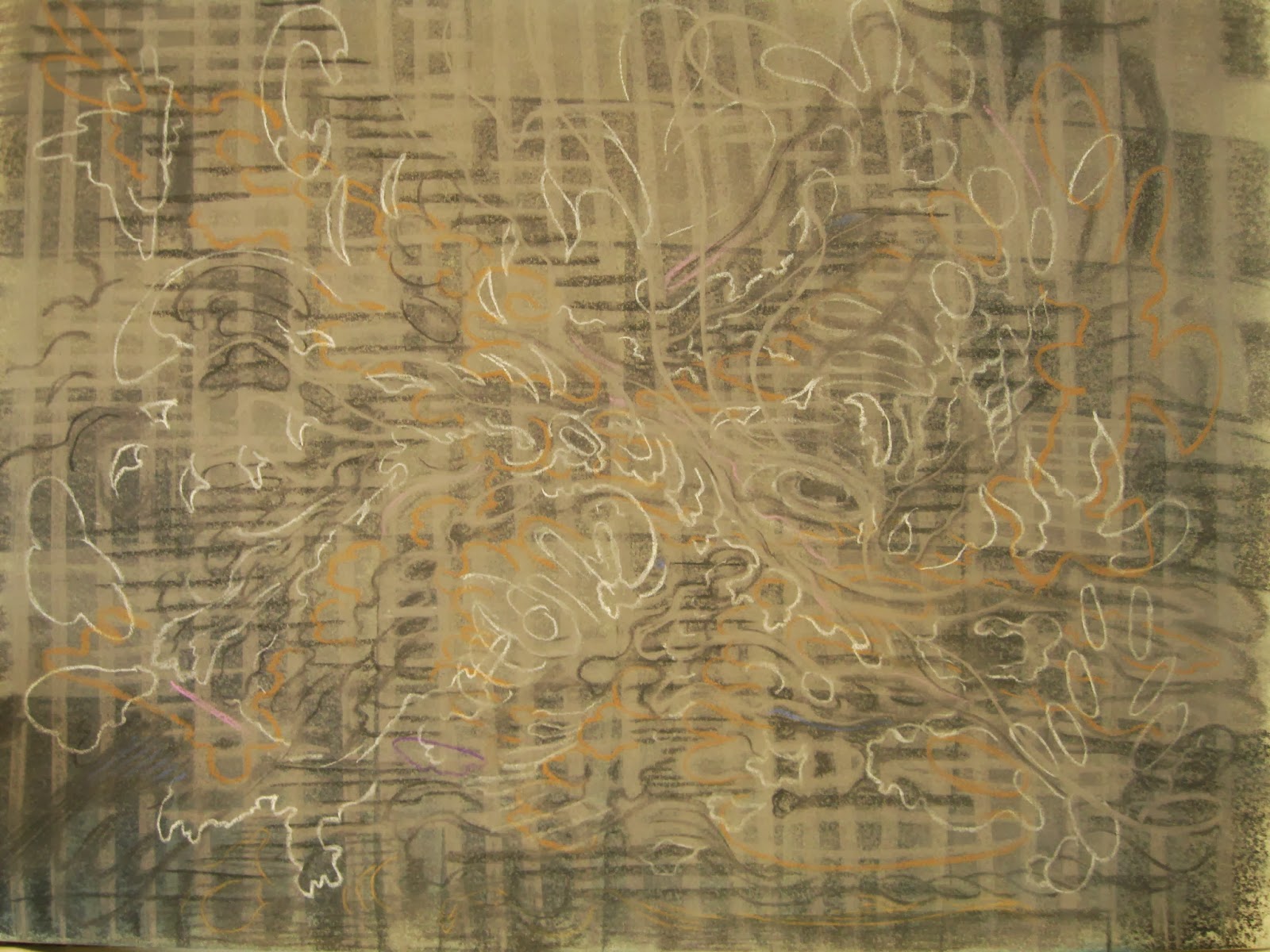 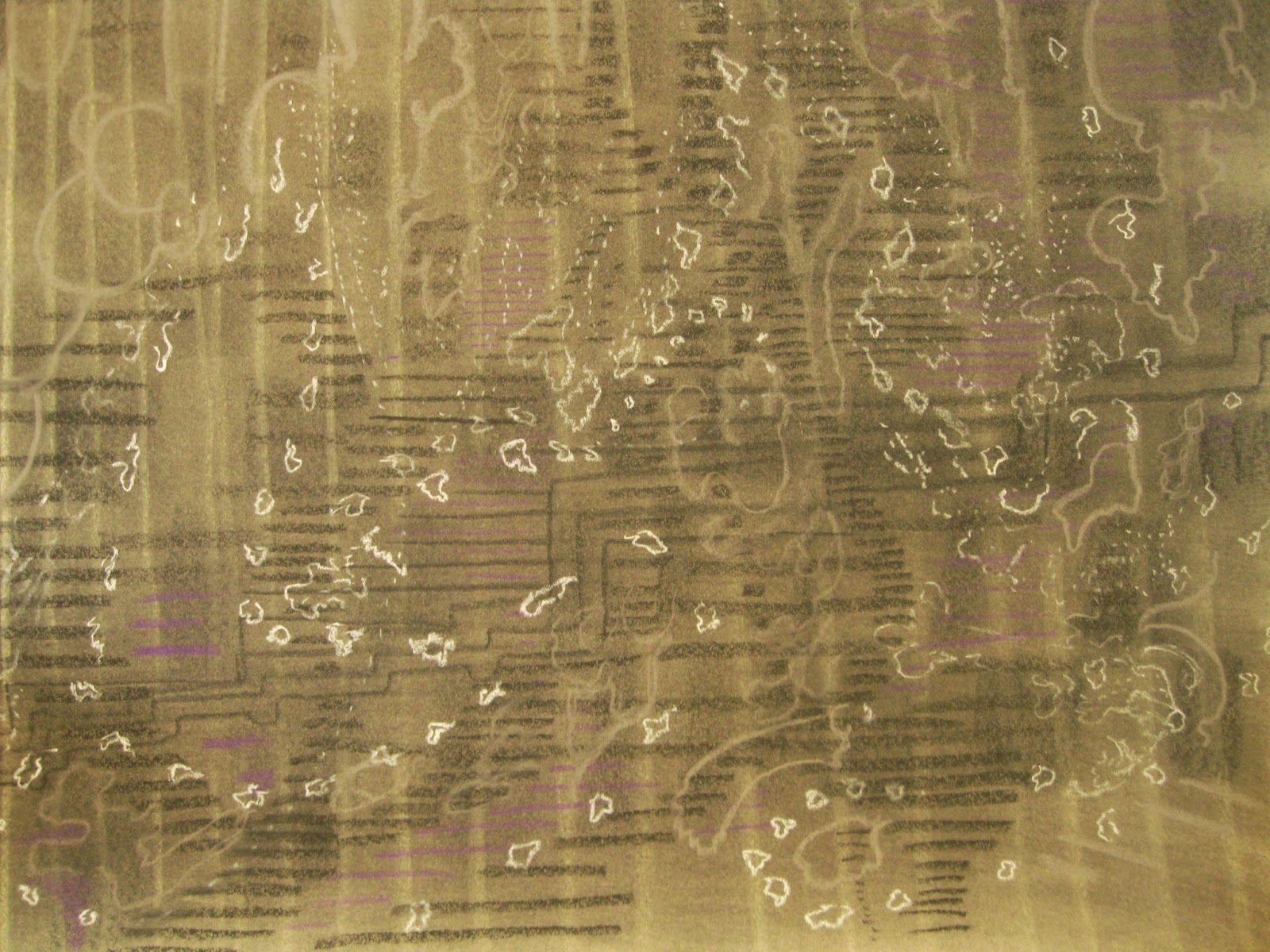 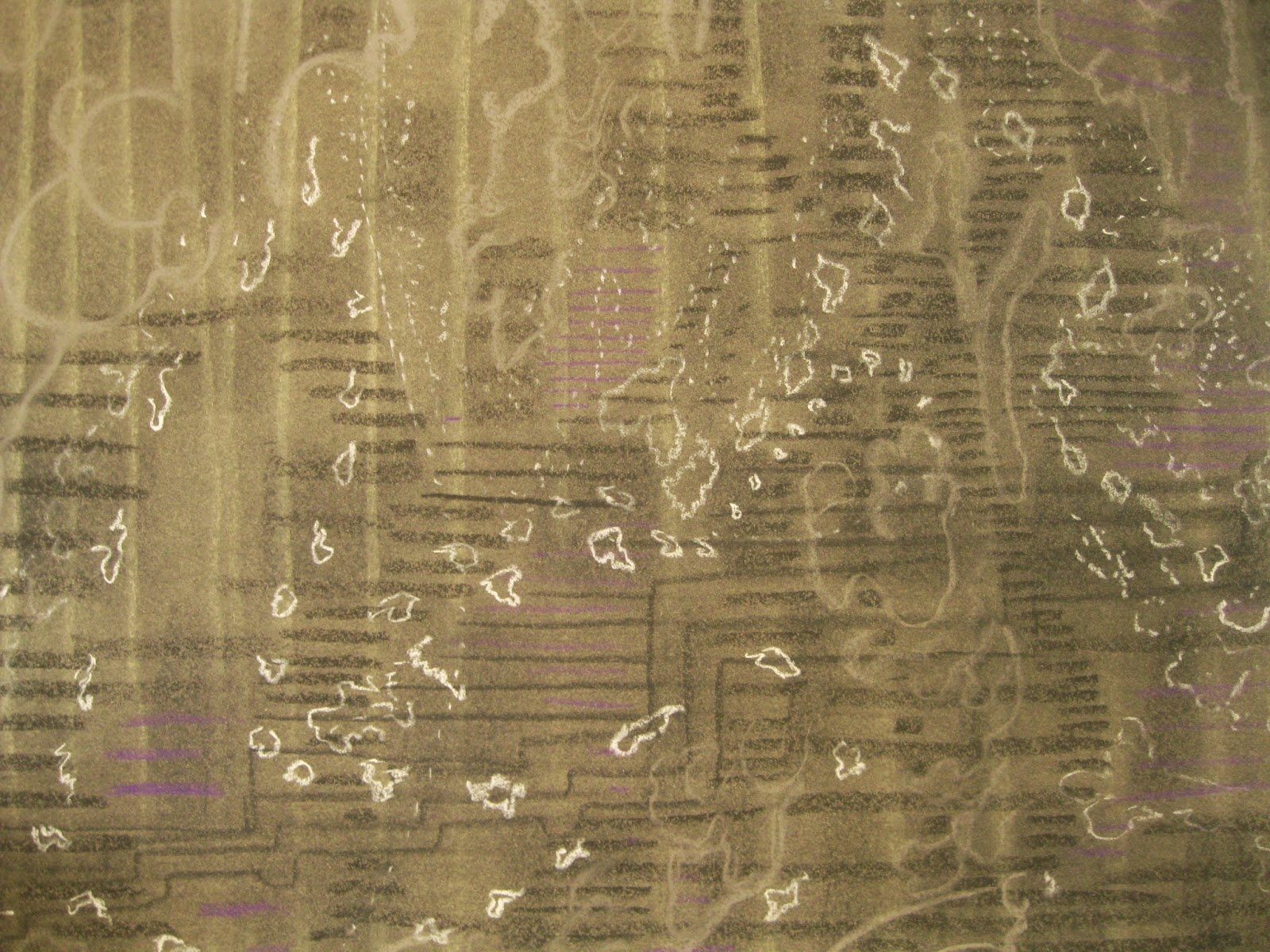 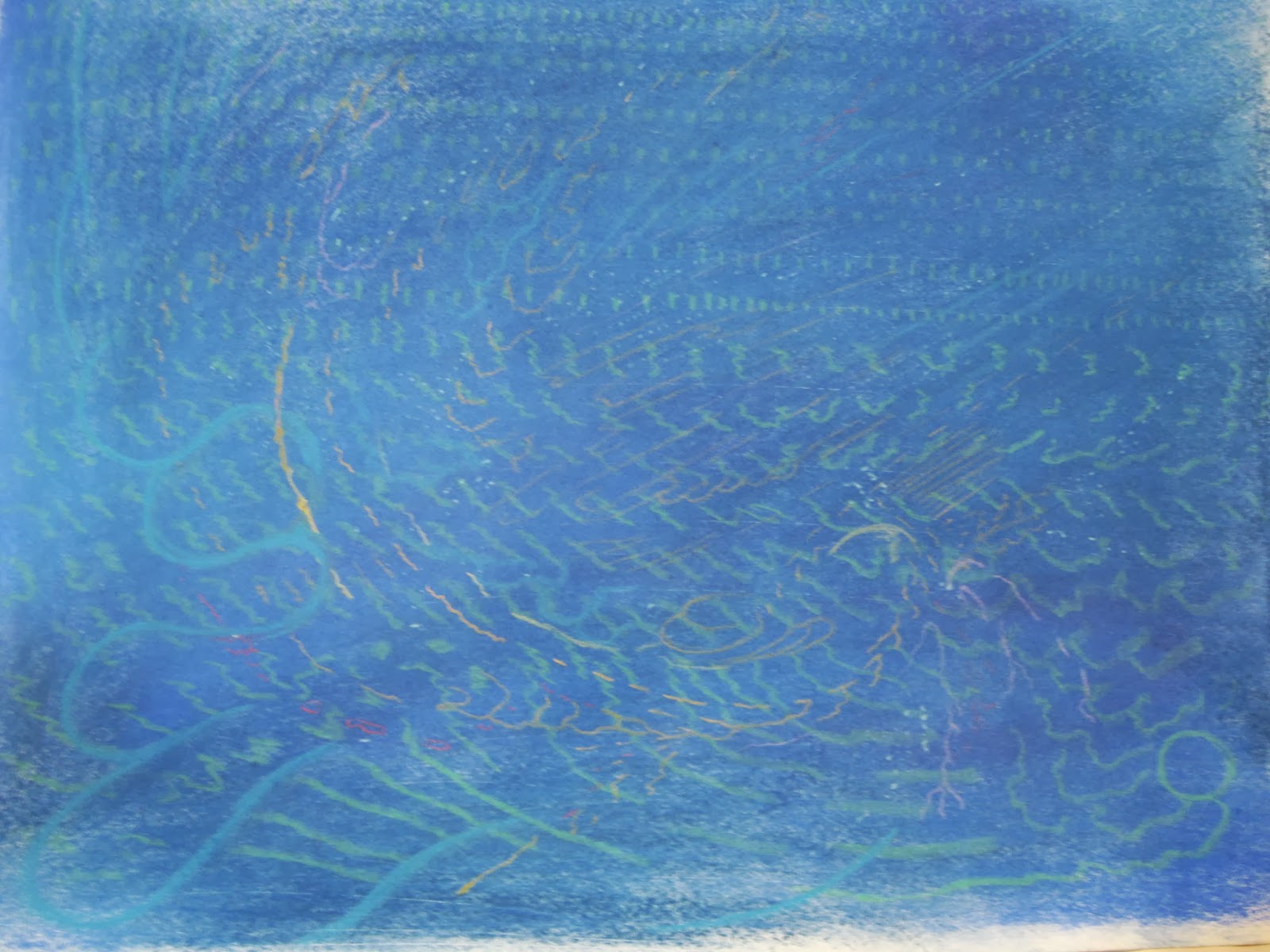 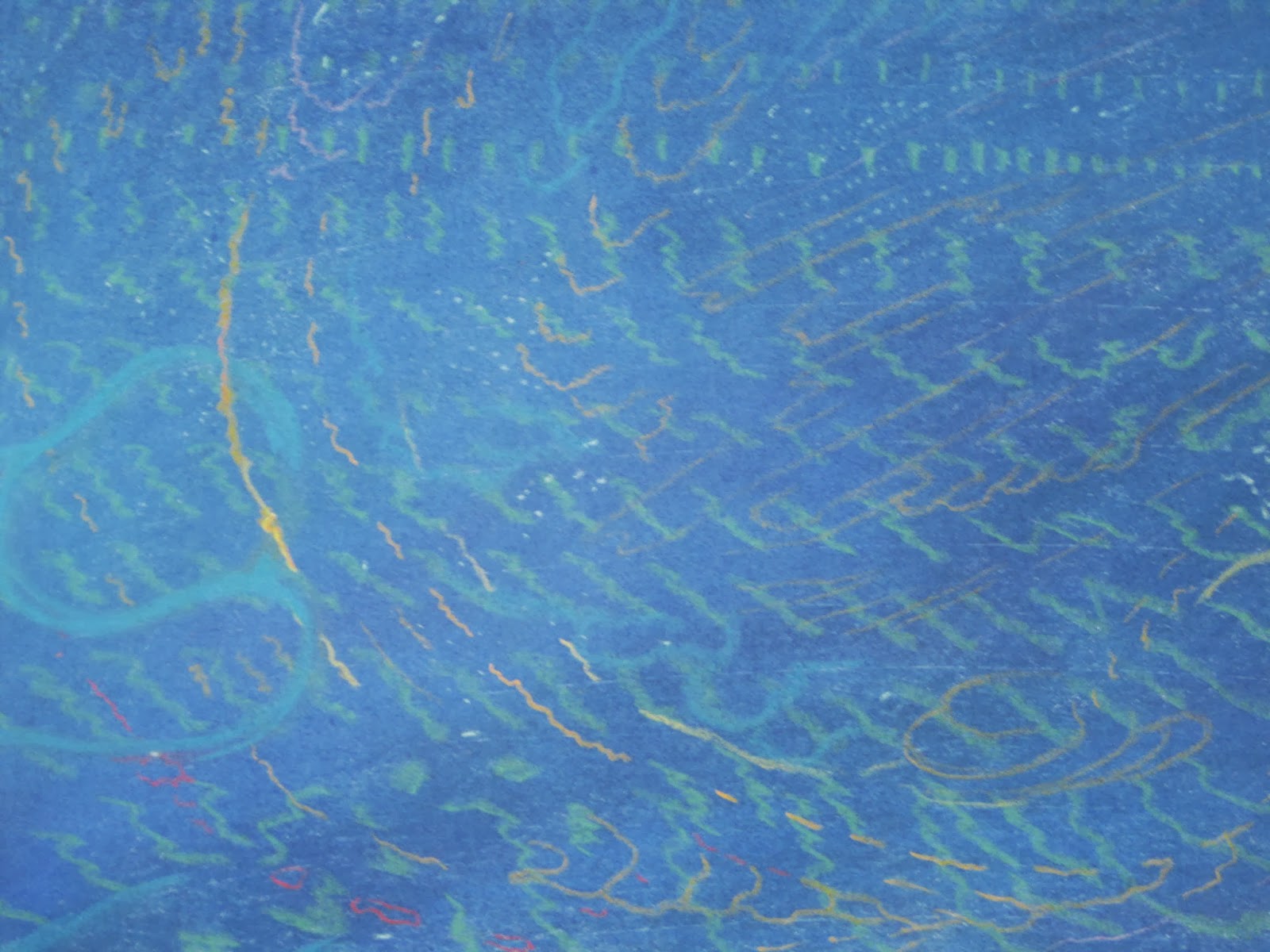 One of  my intentions then was to show the moment when something "invisible"
becomes visible. I wanted to draw a drawing which was almost invisible. Photographing them, it  occurs to
me that perhaps I succeeded all too well.
(each drawing here is shown twice, once in its entirety, once in a sectional detail)
Posted by phillip larrimore at 4:10 PM