DUST ON THE TAIL OF THE BIRD OF THE SOUL:THE DZHIR DRAWINGS

'"Praise to the Holy Creator, who has placed his throne on the waters, and
who has made all terrestrial creatures. To the heavens he has given movement,
and to the earth uniform repose...
"In the beginning he gilded the stars, so that at night the heavens might
play tric- trac.
With diverse properties, he endowed the net of the body,
and he has put dust on the tail of the bird of  the soul."
(from the opening invocation of The Conference
of the Birds by Farid ud- Din Attar)

In 1988 my friend Robert Reese, who had been a lover in my youth, and who remained
one of my dearest friends, began to show signs of  the dementia which foretold his death.

We had just moved into a spacious loft on the edge  of Bedford/Stuyvesant
in Brooklyn, which was then a dangerous neighborhood. It was the dead of winter,
and  a week after we had moved in, I counted nine bodies in body bags on the street
one morning--and  there they remained  for several days, despite the proximity
of a police station.

Robert, who was half-Mexican, half Chinese, was a beautiful man. He had worked
up the social ladder by  hustling, and through his superb skills as a chef. It
was perhaps an anomaly in  his life that he loved me, and I him, but it was an abiding
love. He would sleep on my pillow when I was away in the country, and describe
the drawings that I did while I was away before we viewed them together. What
was uncanny was how well he intuited them. ..

These were the Dzhir drawings which I have described elsewhere. Members of my order--
the Helveti-Jerrahis--were proud  of  their skills in the interpretation of dreams,
and in fact have claimed to be the "dream order" ( though I have heard Sufis from
other orders say the same thing).  Whether it was due to sleeping on my pillow,
or the drawings that I did to the Sufi Dzhir, or because Robert was being
claimed by Nuredden Jerrahi, the founder of the order--as Sheikh Nuer(the late Lex Hixon)
strongly asserted --I can not conjecture. But Robert began to have highly charged dreams.

He dreamed that he was standing on the summit of a high mountain when the stars were
first set out. Robed figures surrounded his corpse in another dream, and replaced his
lifeless heart with a beam of light. He also dreamed of  halls of jade and purple, and' sketched
domes under which these dreams were conducted. I remember him in his silk kimono,
his dream  notebook  inches from his face as he would write down these dreams
with his hefty Mont Blanc pen, just after he first woke---he was quite myopic without
his contact lenses

He read Balzac, Colette, cookbooks--whose recipes he could recite verbatim--and
Waverly Root, but never a scripture.

He also dreamed that he was a beautiful female vampire in a couturier gown, who
was pursued  by angels, who reluctantly spread dust on his/her train to halt him.

I somehow sensed when he told me this dream, that he had carelessly transmitted
the AIDS virus to some of his many lovers.

Someday, I will tell the story of  Robert's death, which was  to happen some six months
after this dream. In the meantime,  after a peculiar waking vision,
he took hand with my Sheikh, and joined the order,and soon after became increasingly
violent and erratic--at one point attempting to murder me-- and never entered the
Tekka again.

Despite this, I could not abandon him, and I am glad I did not.

I  have resolved not to interpret the mysterious connections at work during that
time , which I am sure would lead forthwith to delusion and absurdity. Let someone else
convert a  dream into a doctrine.  I am content  instead, to accept the paradox
that   grief  requires us live more intently. 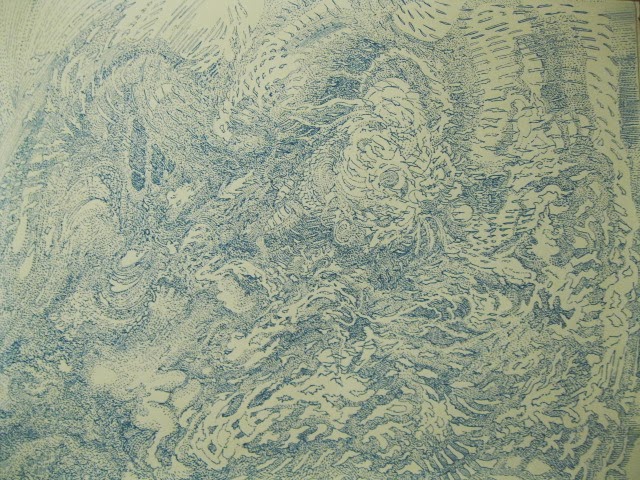 And whenever I have done a Dzhir drawing since, the prayers --which are a remembrance of Allah --are also done  in the memory of and  in some wild surmise of hope for  my  friend.


(this drawing, from 1998, is shown in its entirety in the first photograph, and in  sectional details  afterwards) 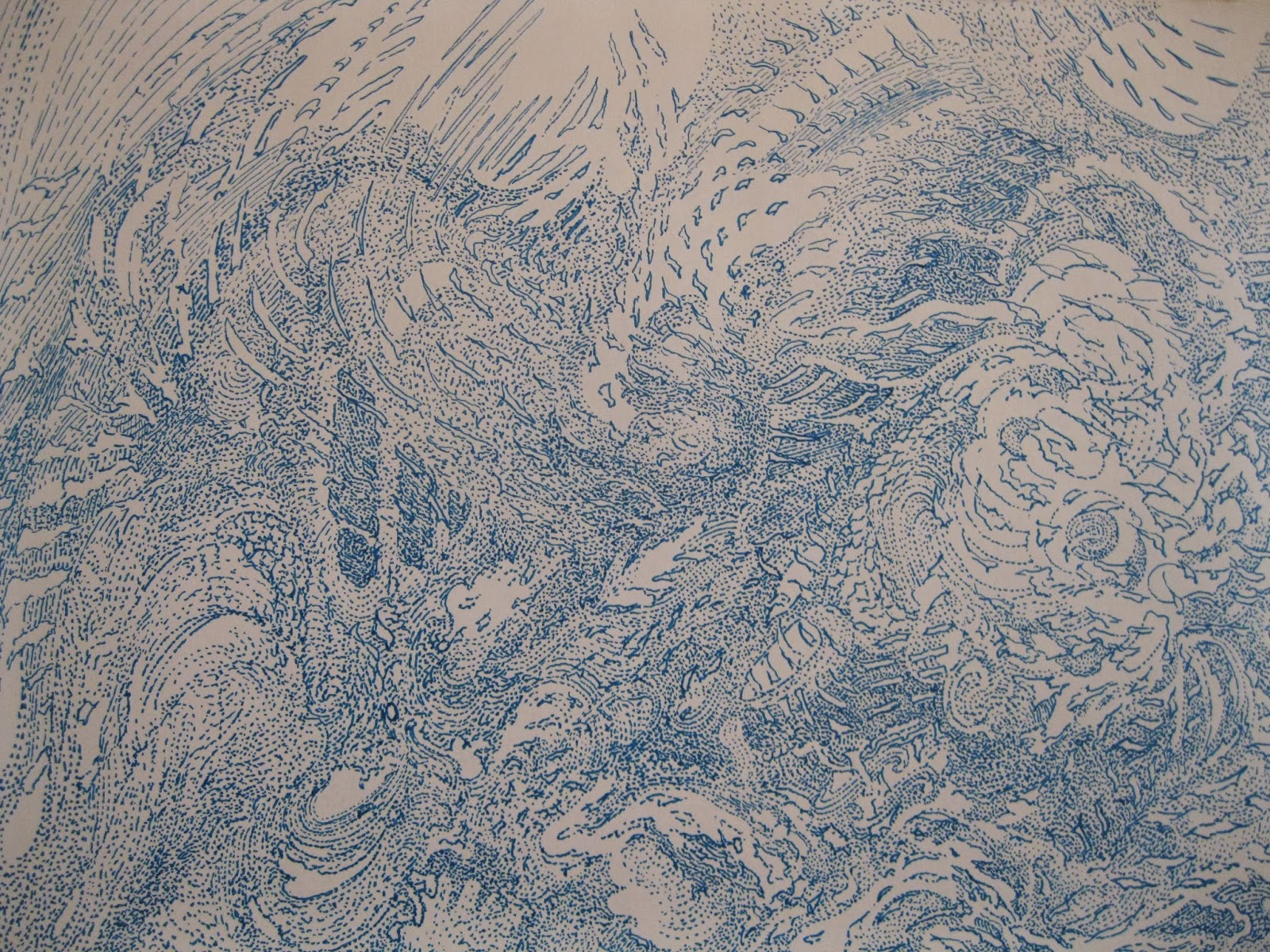 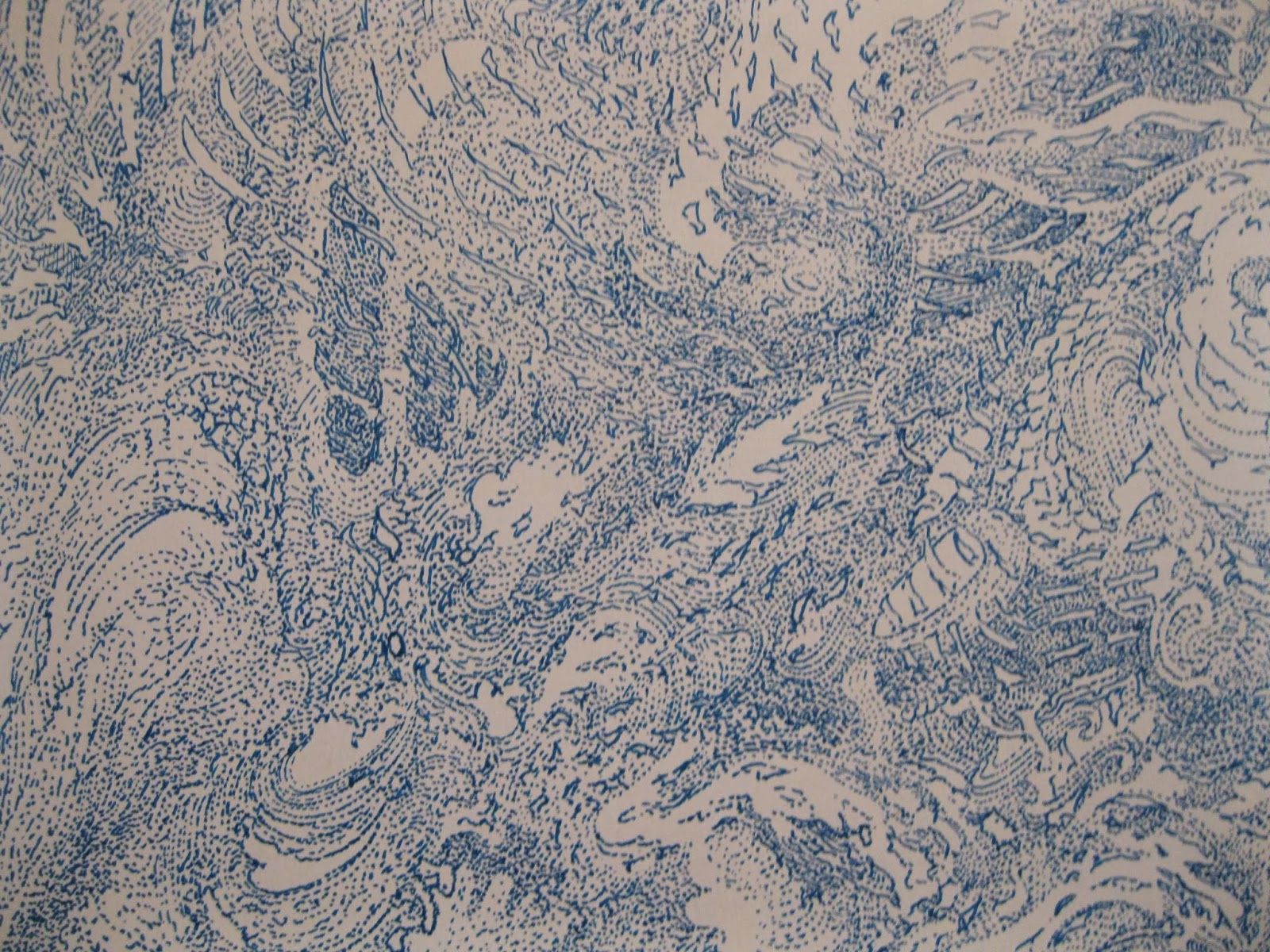 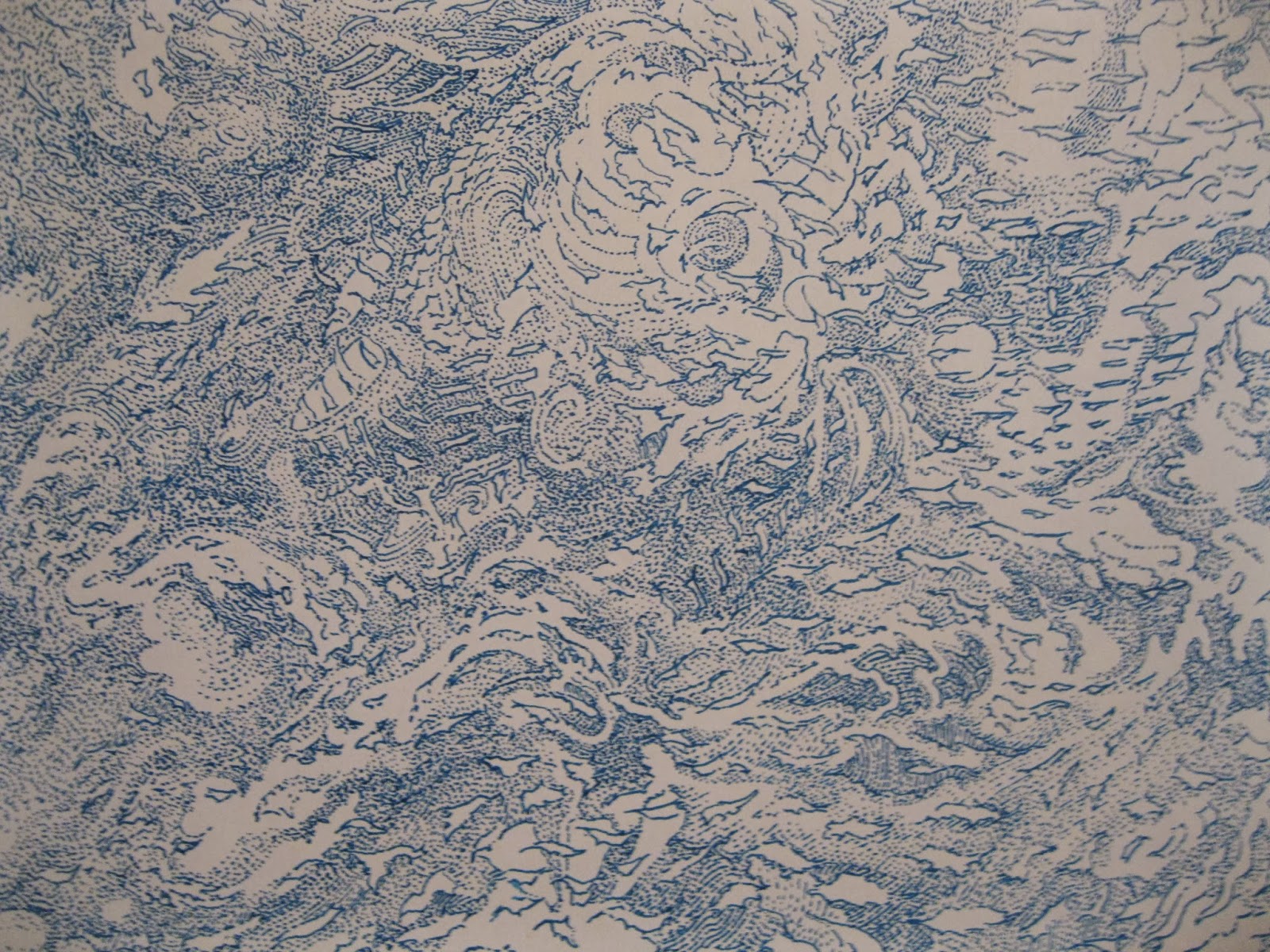 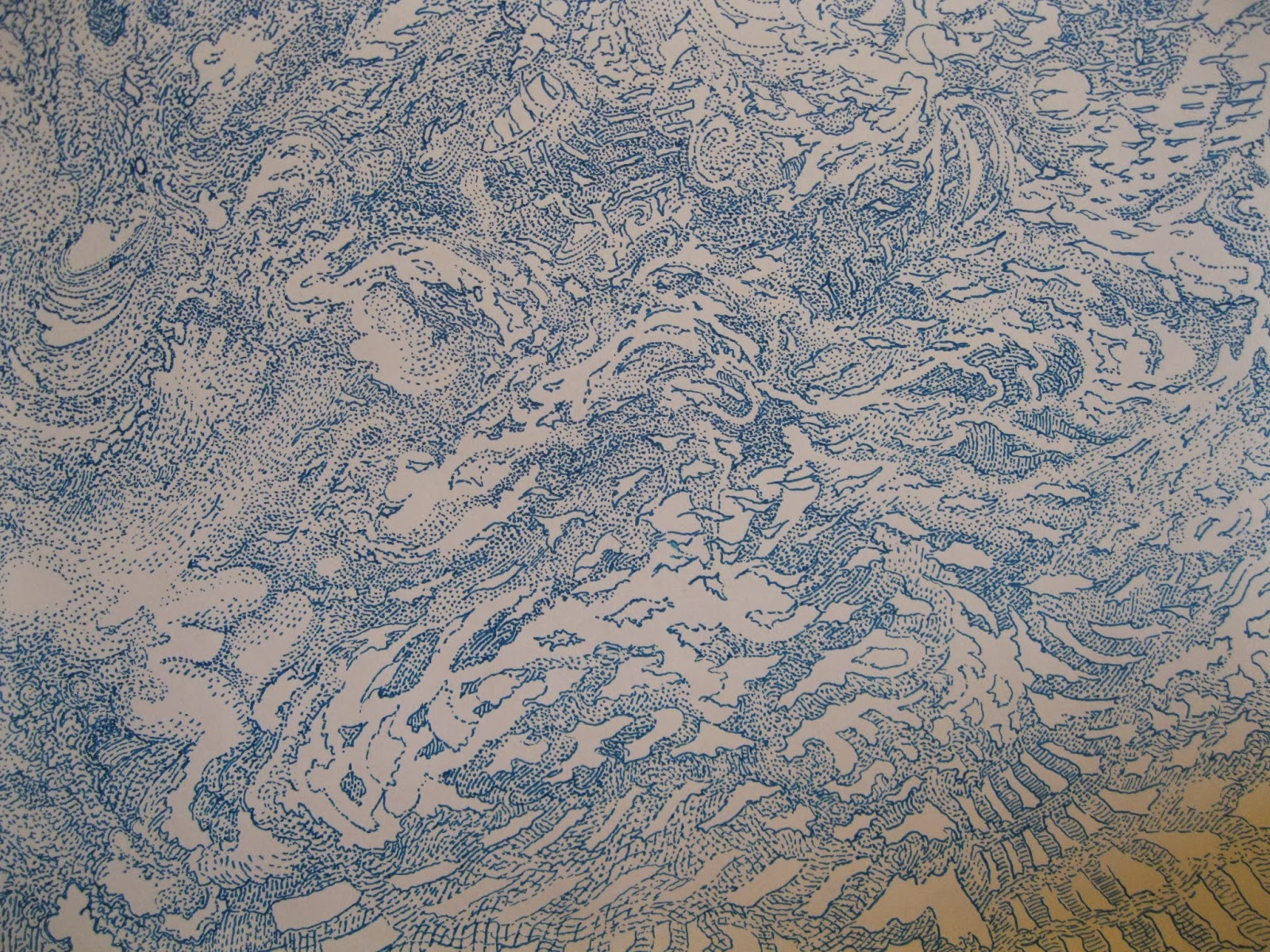 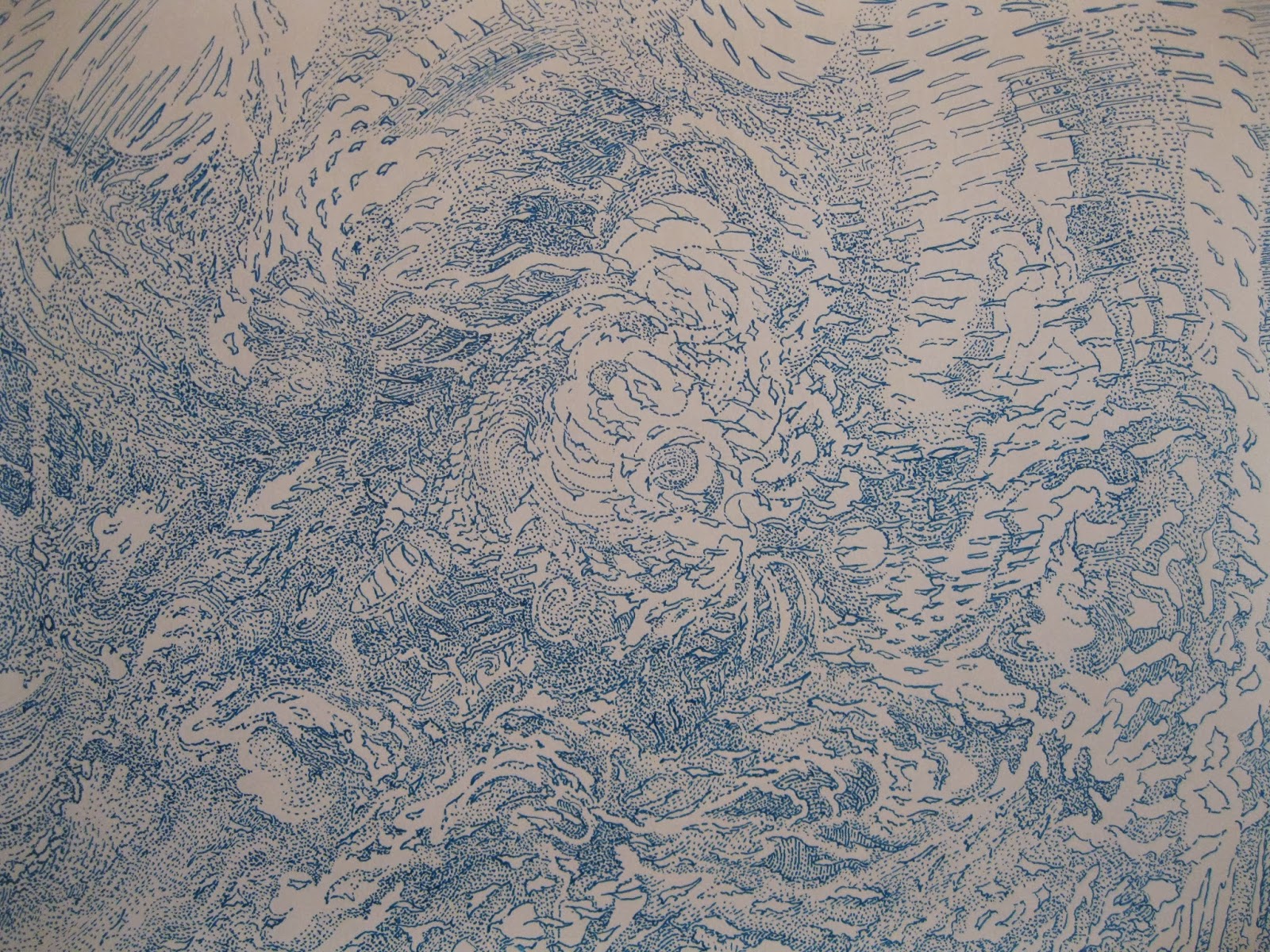 Posted by phillip larrimore at 4:45 AM