THE DZHIR DRAWINGS :A STORM OF THE SOUL 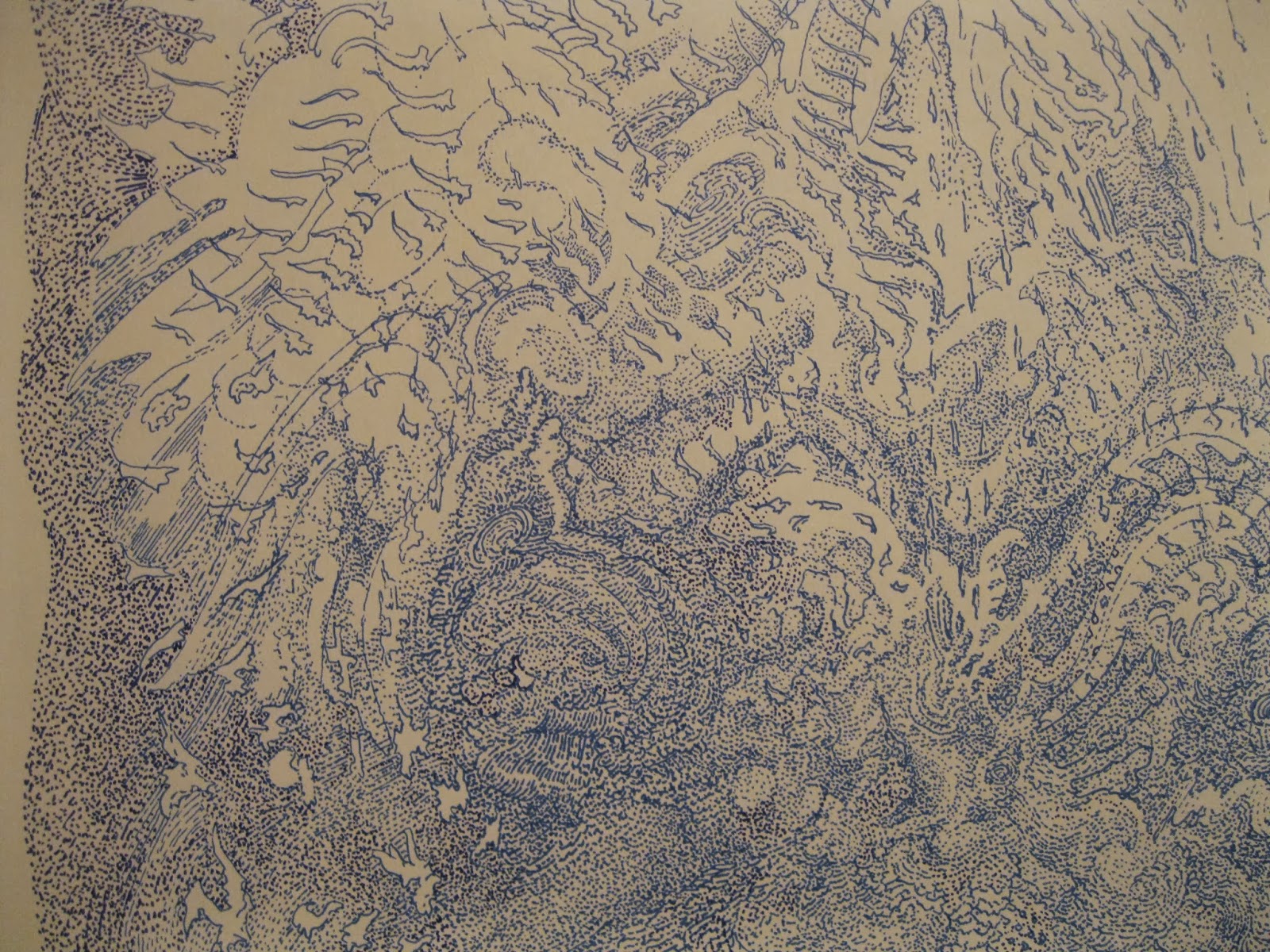 Kenneth Clark, in his monograph on Leonardo, supposes that Leonardo saw faster than anyone else.
As a result, for a while  I tried to speed my sight, but this proved unavailing. Then, I began to practise seeing more and more slowly. Over time, I learned to slow my heartbeat, and my breath, and view a rising falling wave in increasingly slow motion. Then I began to X ray the wave--to see(metaphor) the ball bearings beneath its back and forth. 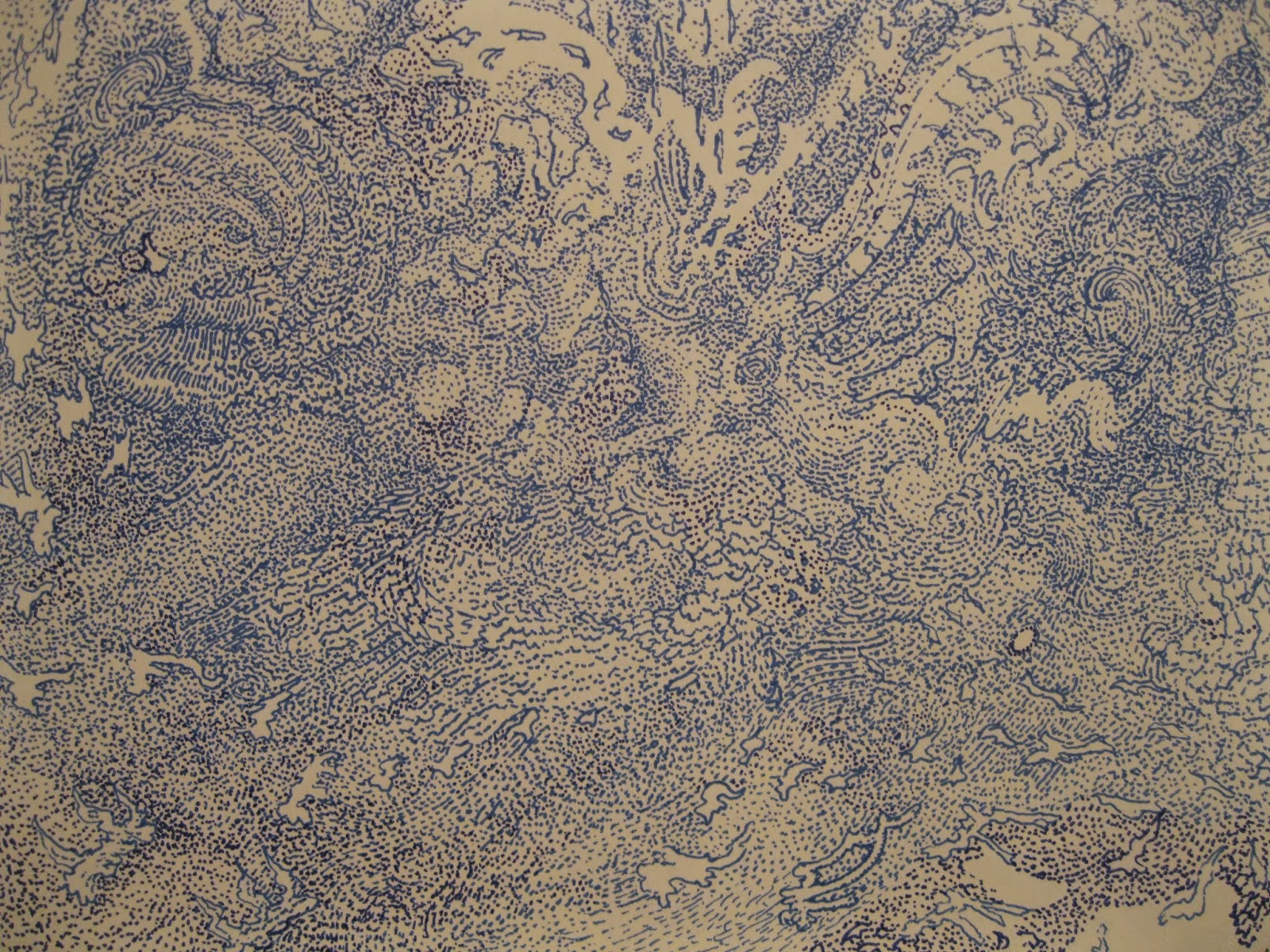 This procedure lead to other experiments, which I will describe elsewhere. The main thing was that the study of Leonardo's drawings was  where I began. At some point, the deluge became metaphoric for me, unlike Leonardo's hydraulic studies, for example. Instead, I found myself depicting a storm of the soul. 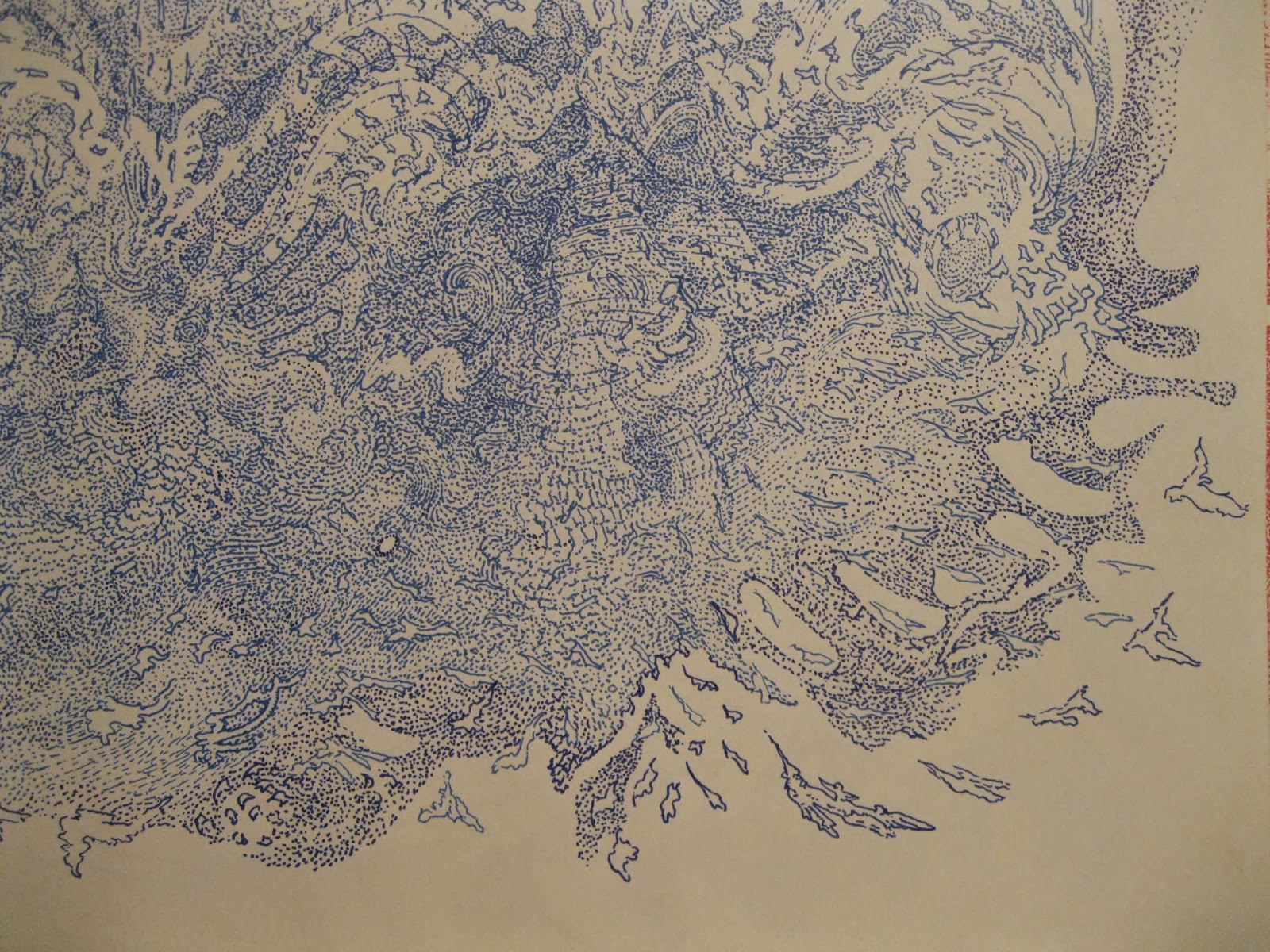 This drawing is from   July  1998,  the same time as  most of the previous drawings in this series of   little essays. The first  photograph is of it in its entirety; those after are sectional details.

Posted by phillip larrimore at 8:42 AM