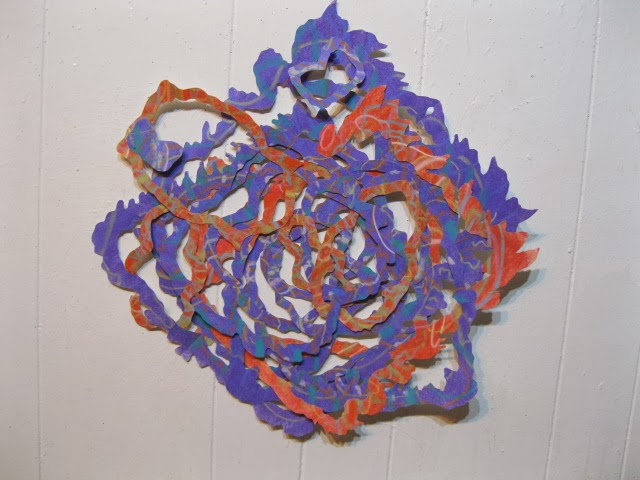 I had a bad period as an artist in my early forties. It was as if my hand had gone wrong, or
I had lost the way. Looking back, it is understandable:the AIDS crisis had compelled me
to renounce whatever was easy in my own personal mysticism, and for a while I struggled
to see again. My reading changed:it was no longer anthropology, religion, poetry, but
history and science. Also I abjured what for lack of better terms might be called  "the circus'--
the dancers, and choreographers, and shamans, and Sufis, and artists, and witchdoctors,
and Tibetan Buddhists etc., which had been my milieu in Soho. I put myself
into hard labor landscaping. For a while I was a foreman at a nursery. This proved a
better means of contending with sorrow than metaphysics.I sweated it off.

Years later, I went through the drawings of the time. Not all were bad, but some limped on
hobbled feet. And so it was that I decided to chop them up, and turn them into something else.
This was accompanied by the most delicious feeling of releasing the sad thoughts of that
time and transforming them into something else. This was in 2010. I call them
my "Rope Tricks." 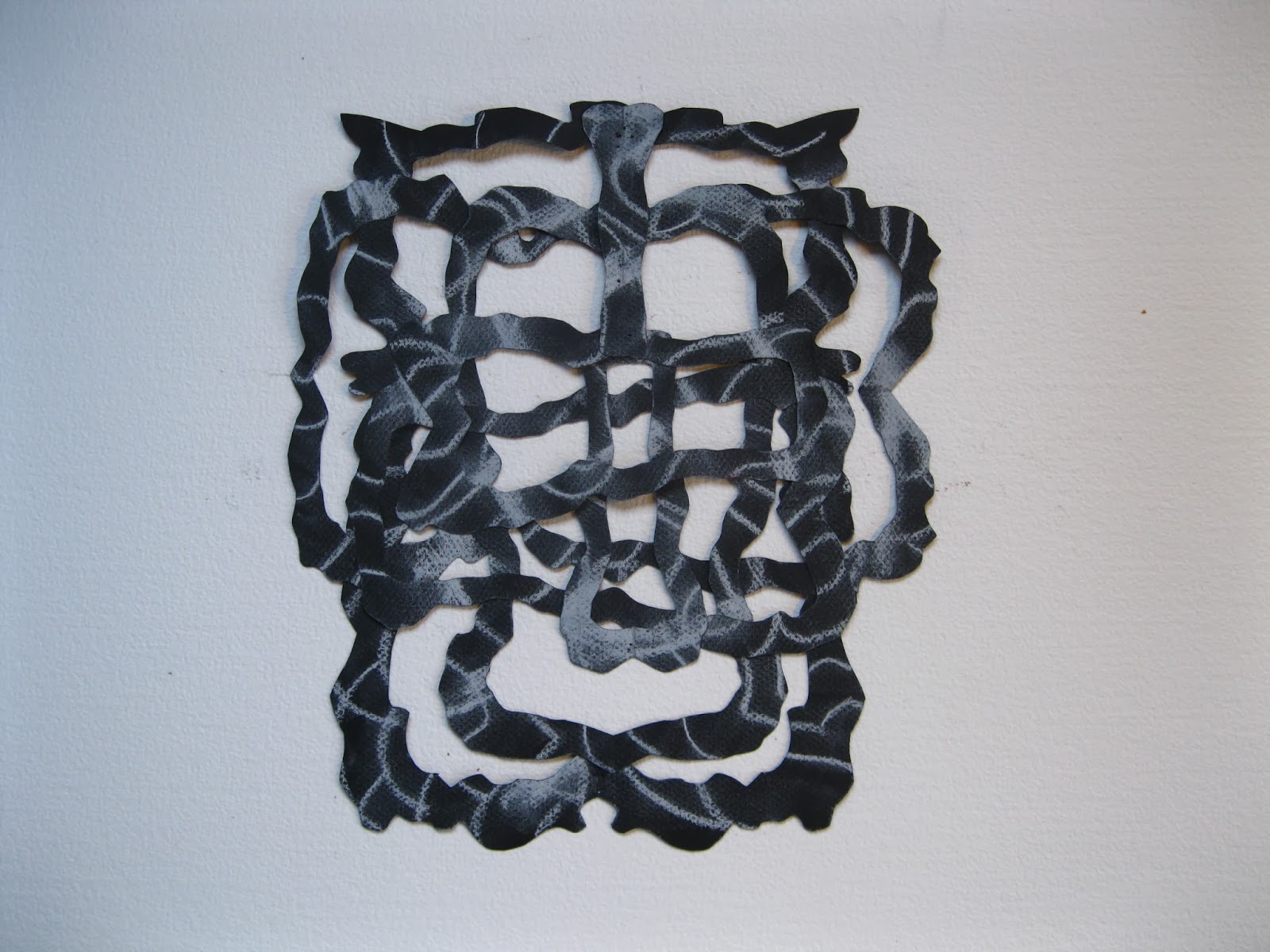 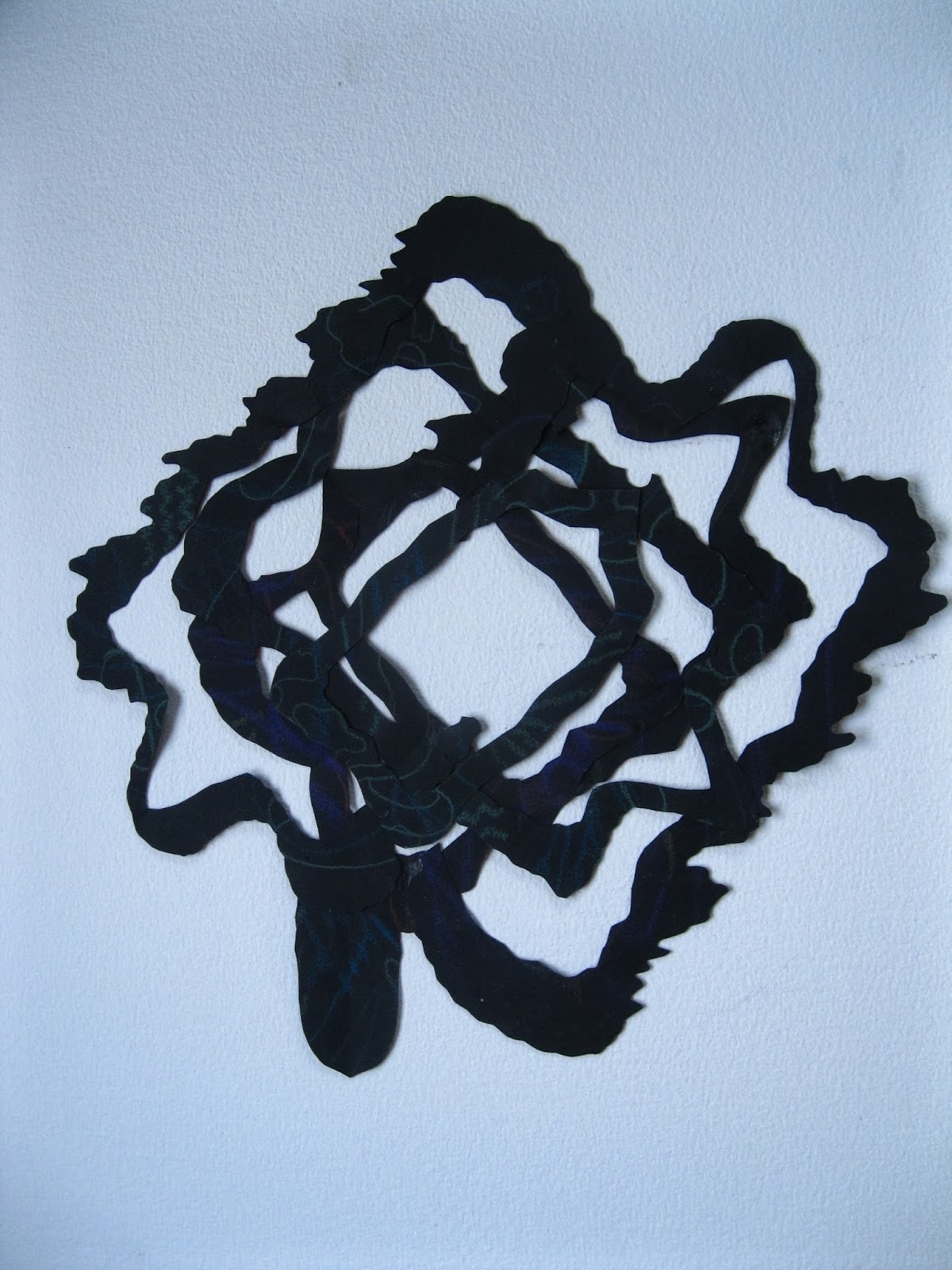 Posted by phillip larrimore at 9:30 AM