DARK WING OF THE NIGHT 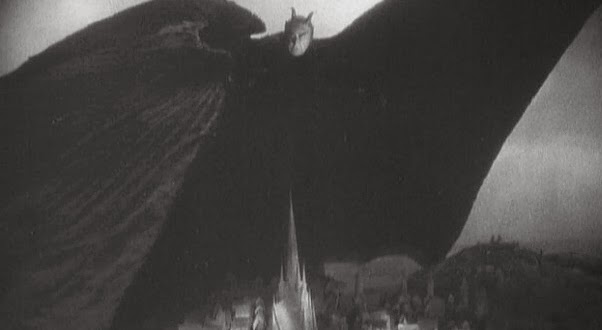 In the fall of 2010 , I became obsessed with FW  Murnau's film version of  Faust, which was done
in 1926. This photograph depicts Mephistopheles--who is played by Emil Jannings--
unfolding his dark wings over Nurnberg. 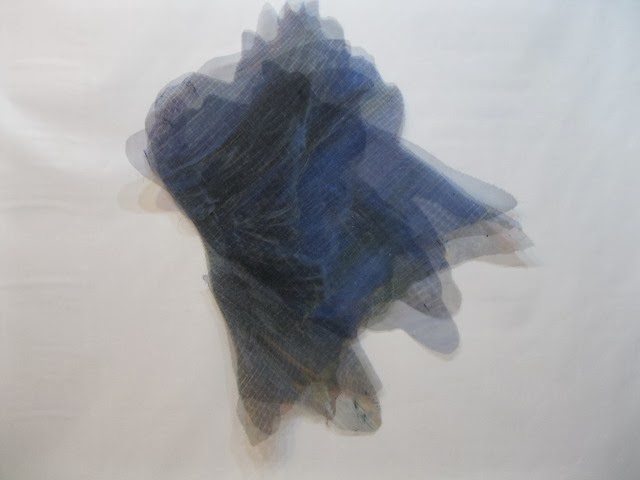 . I studied this part of the film repeatedly before making  what was to prove
an over-literal copy of  the sequence--the wings sequenced nicely on the layers of
aluminum screening,, it is true,  so that they did seem to unfold-- but my Mephisto-face
looked like something from "Batman". As a result, I decided to transform the wings
into relief-pieces. of which this is the first.

It is done on three layers of aluminum screening  using sign painter's
enamel and a special metallic blue spray paint I am only able to find
at autobody repair shops. 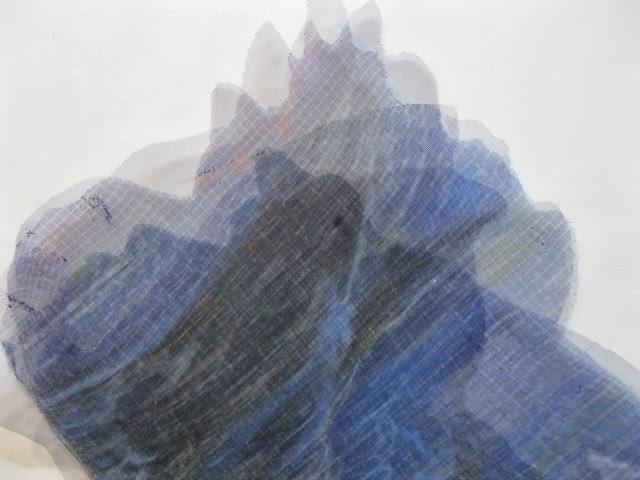 this is a detail of the upmost part.. 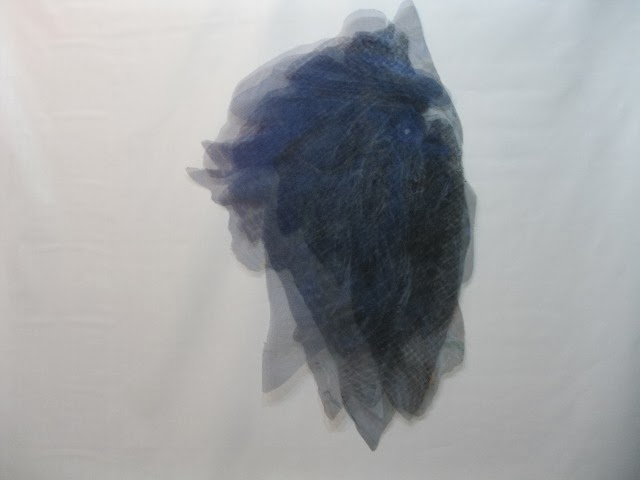 the second version is shown here. 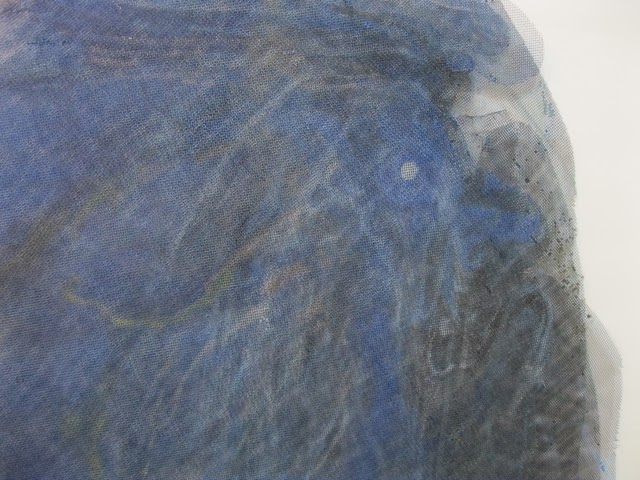 this is the moon who was once the face of Emil Jannings. 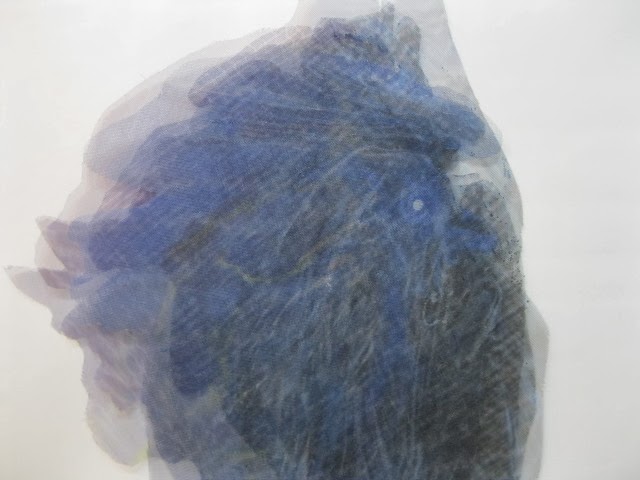 and this is the upmost part of this version. 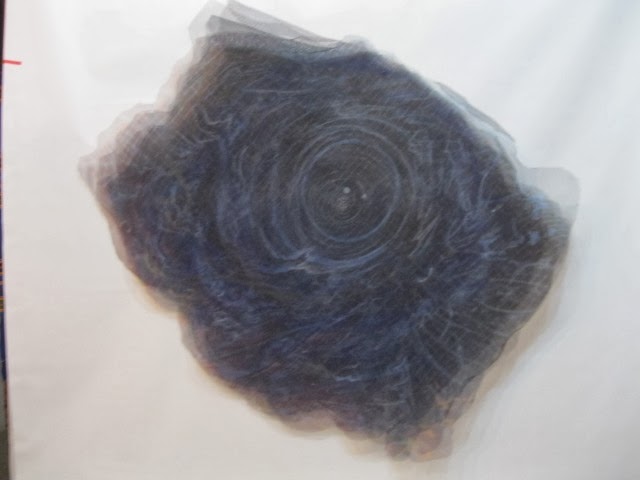 I was pleased with these pieces but not satisfied
so I did a third version, as large as them both together. 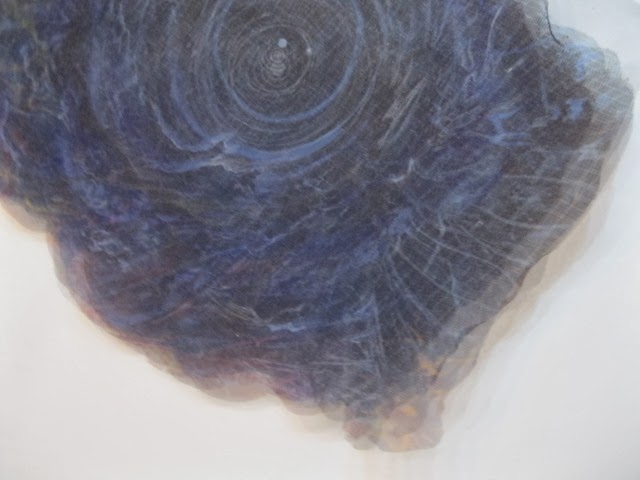 this is a detail of the third version's lower half; unlike
its siblings, it is done on four screens and is darker
and perhaps more ominous as a consequence.
it  is also deeper,  standing  about 8 inches off the wall,
so that the moon  changes to a much greater degree
in relationship to the position of the viewer.
Posted by phillip larrimore at 6:26 AM