The first two images are of the work of Richard Greaves, the anarchitect, who
has built a community of salvaged-material structures in the wilds of Canada;
the photos were taken by Mario del Curto, and shown at Andrew Edlin gallery.
The third is one of Adam Cvijanovic's gigantic paintings, formerly shown @
the now defunct Bellwether gallery. Images four and five are by the admirable
Ben Grasso, who is based in Brooklyn. Six and Seven are also by Richard Greaves.
(Parenthetically, I would like to observe that both Cvijanovic's and Grasso's
paintings were done well before the housing-foreclosure crisis, and consequently there
is a case for regarding them as prescient, if not prophetic.) 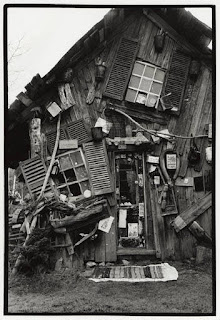 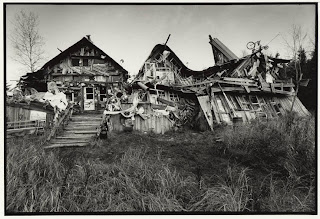 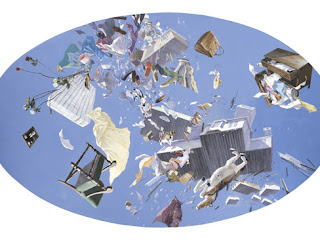 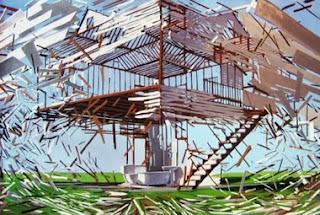 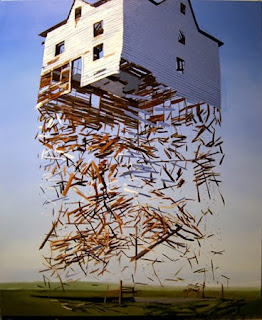 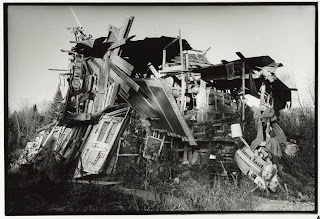 Posted by phillip larrimore at 4:47 AM