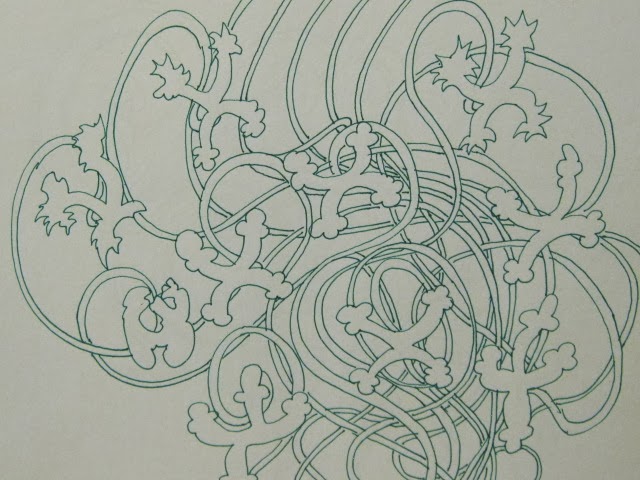 All through my life,  I have worked in greenhouses. The first of these was in California, at Rod McClellan's Acres of Orchids, and then in the plant shop which I ran with my friend, Baruch Himmelstein, in North Beach on Grant Avenue. in San Francisco. We specialized in cacti and orchids.

Later, I tended the orchid collection of my friend, Nina Reed, in upstate New York. To tend the Vandas,and Oenicium, Cattleyas et al was like being in the sacred Alphabet of Forms. I have worked as a foreman in a nursery specializing in bedding plants, as a garden designer, and as a salesperson in rural nurseries. 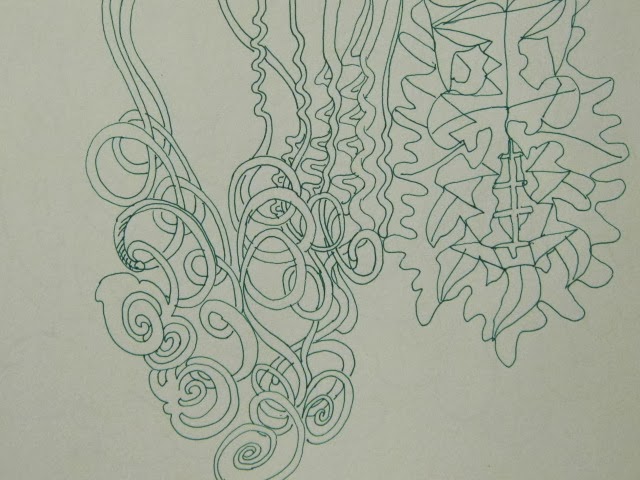 How many trees and shrubs and perennials and bedding plants I have watered is known only to the
recording angel, but if it is to be calculated at a thousand a day--which is an understatement
given the scale of certain operations that I've worked for--then must be a matter of millions. Whenever I have left the business, some prehensile tendril loops me back. 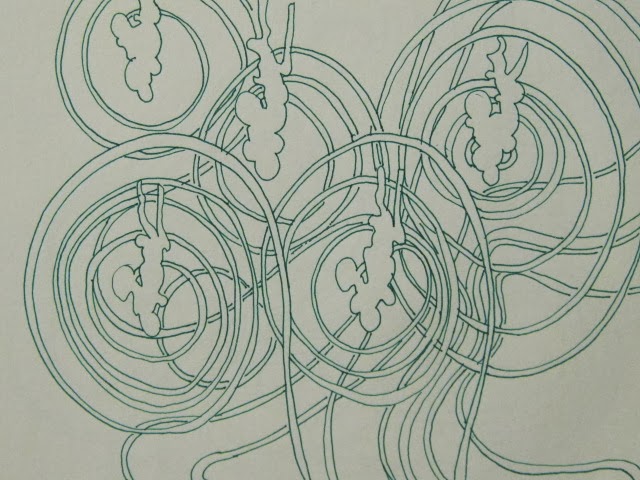 These drawings are not botanical drawings at all, but memories of the Tillandsias--or tiny grey green bromeliads--at Nina Reed's farm. They were also a nod at the extreme linearity of Ellsworth Kelly's drawings of plants. But some Celtic memory of a carpet page from the Lindisfarne Gospels perhaps intervened. I also do such drawings as a way of elucidating my hand, to draw in a different key, so to
speak, from the drawings done to Islamic Il'Allahis. It is also how my hand wants to draw with a certain kind
of pen, especially when the pen is green. These were done in February 2009. 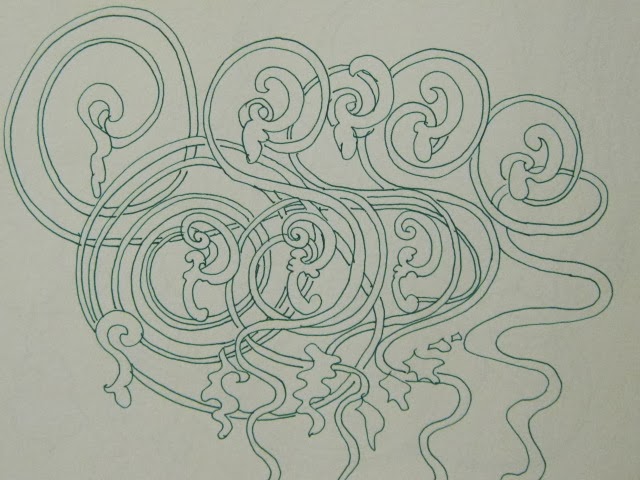 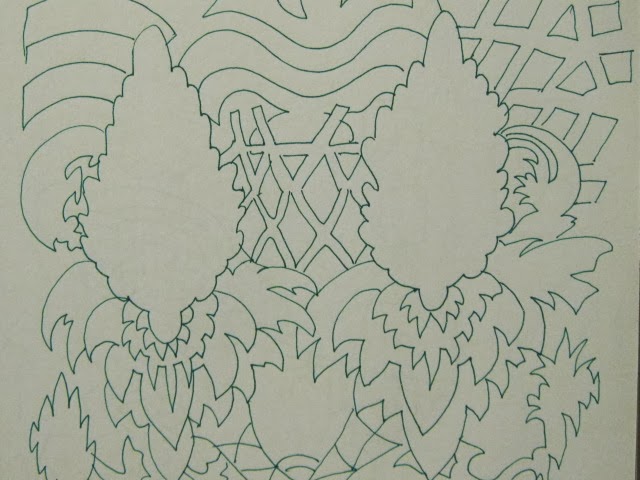 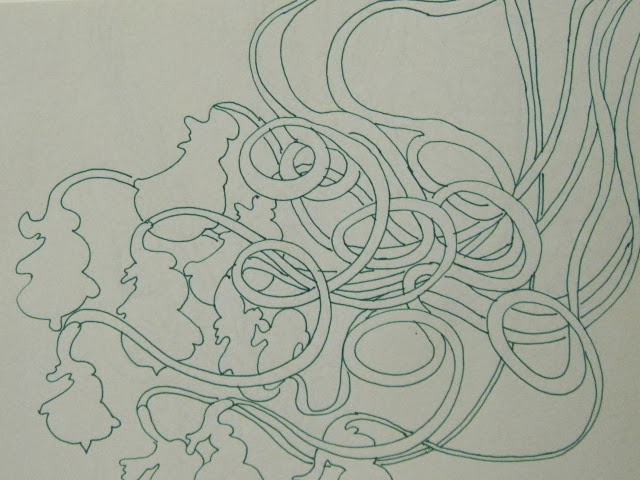 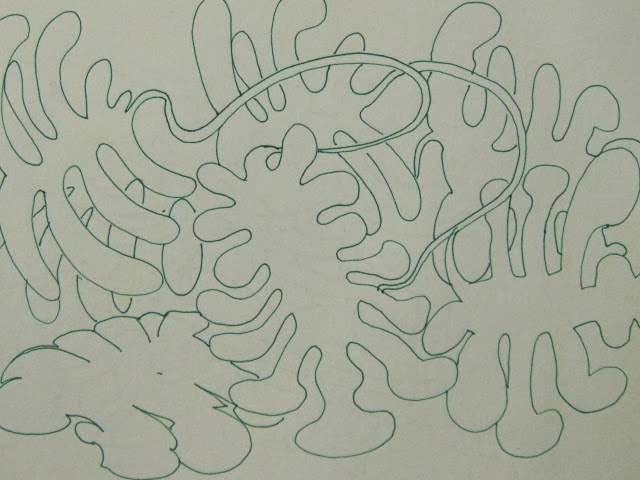 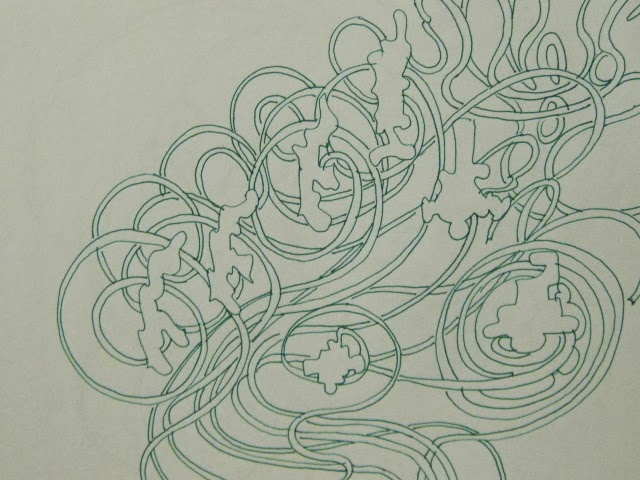 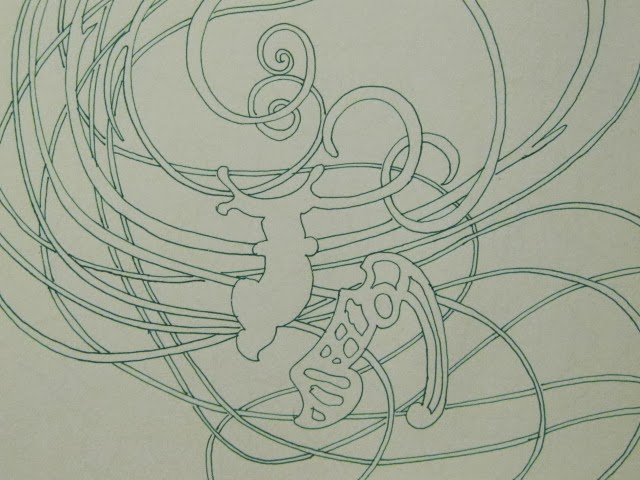 Posted by phillip larrimore at 4:54 AM