INSIDE AN ANCIENT TREE

The week had been spent in terrible suspense, as when I arrived at my friend's house in Virginia, he was doubled over in agony. This turned out to be from kidney stones, and I soon saw him spirited away into the vast and impenetrable bureaucracy of a modern day hospital, which has procedures and protocols but no ready answers. 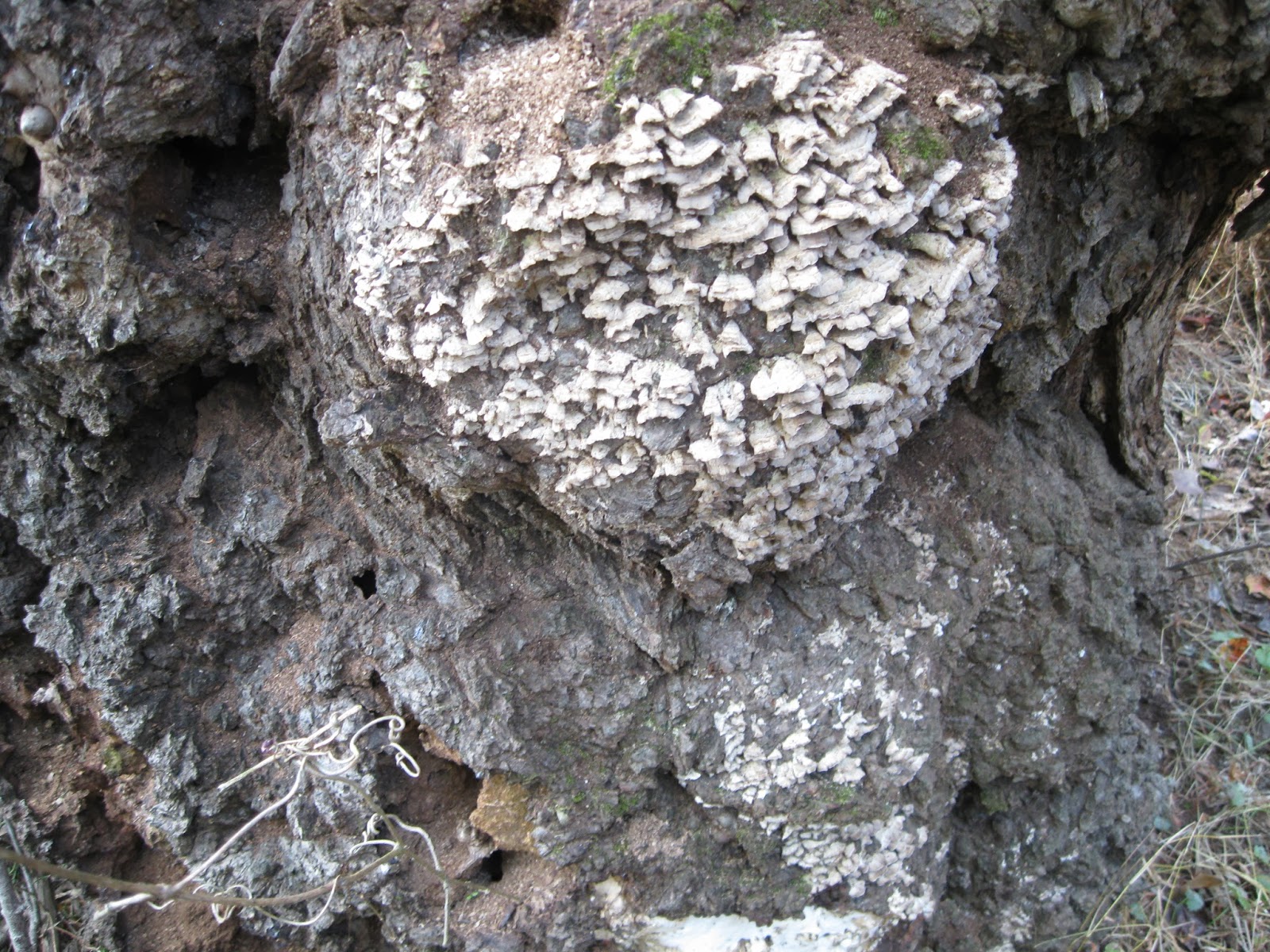 I had fled my home and family to visit him--it was almost the first time in three years that I had left the care of my old parents to other hands--- so this was like being upbraided by fate. Waiting word from the hospital had a terrible quality ,too, because my friend's wife of more than fifty years had died six months before. She was very dear to me, and the enormity of his lose--and my own--was constantly  about. It was the constant presence of absence, as it were. 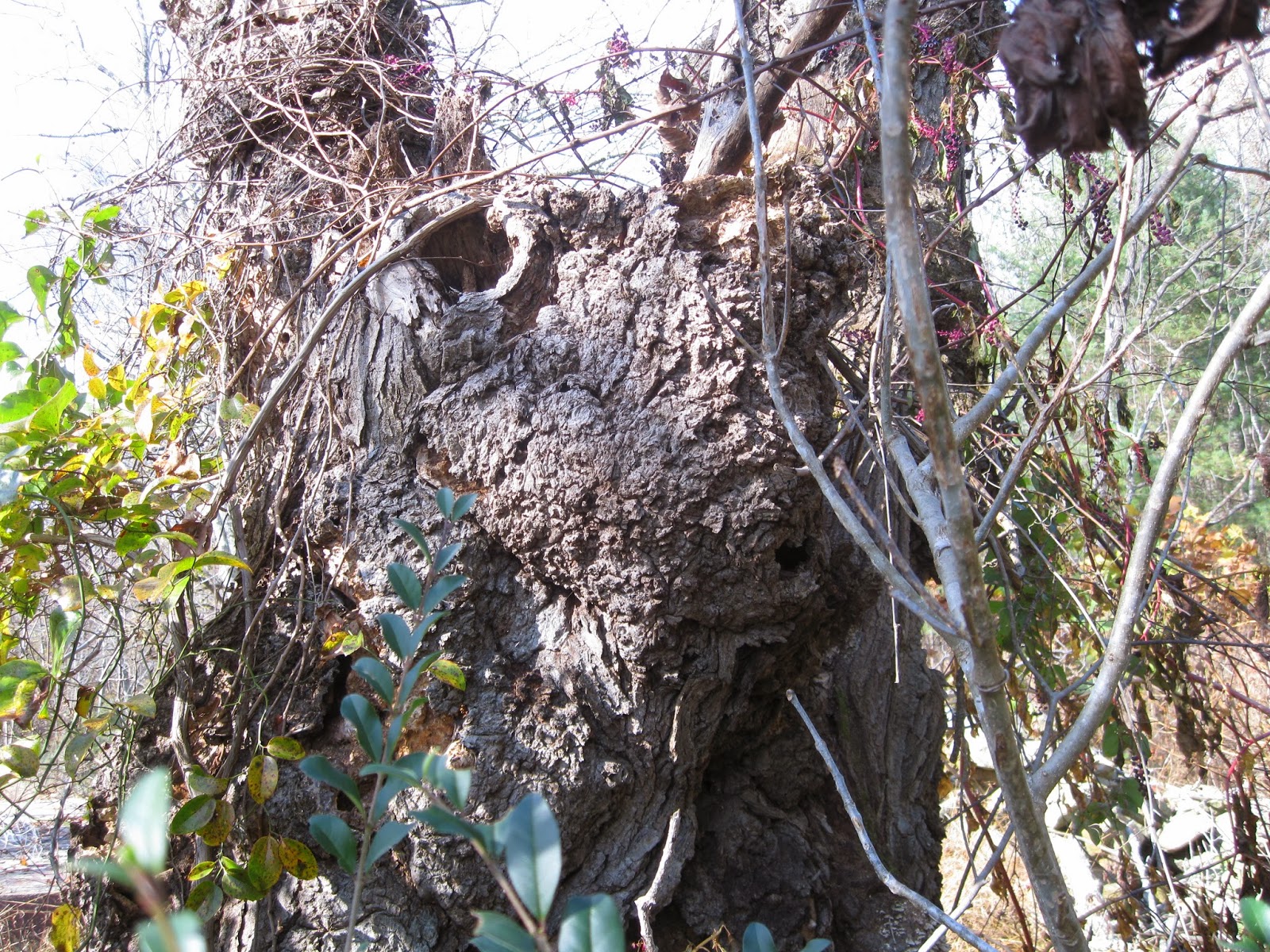 My friend , who was in a great pain, seemed almost intent on quarreling with me, and I felt terribly conflicted about remaining while so obviously unwanted--but who would  be around to help otherwise?  So I tried to make myself unobtrusive and small, and felt like I was walking on shells in the ghostly house. 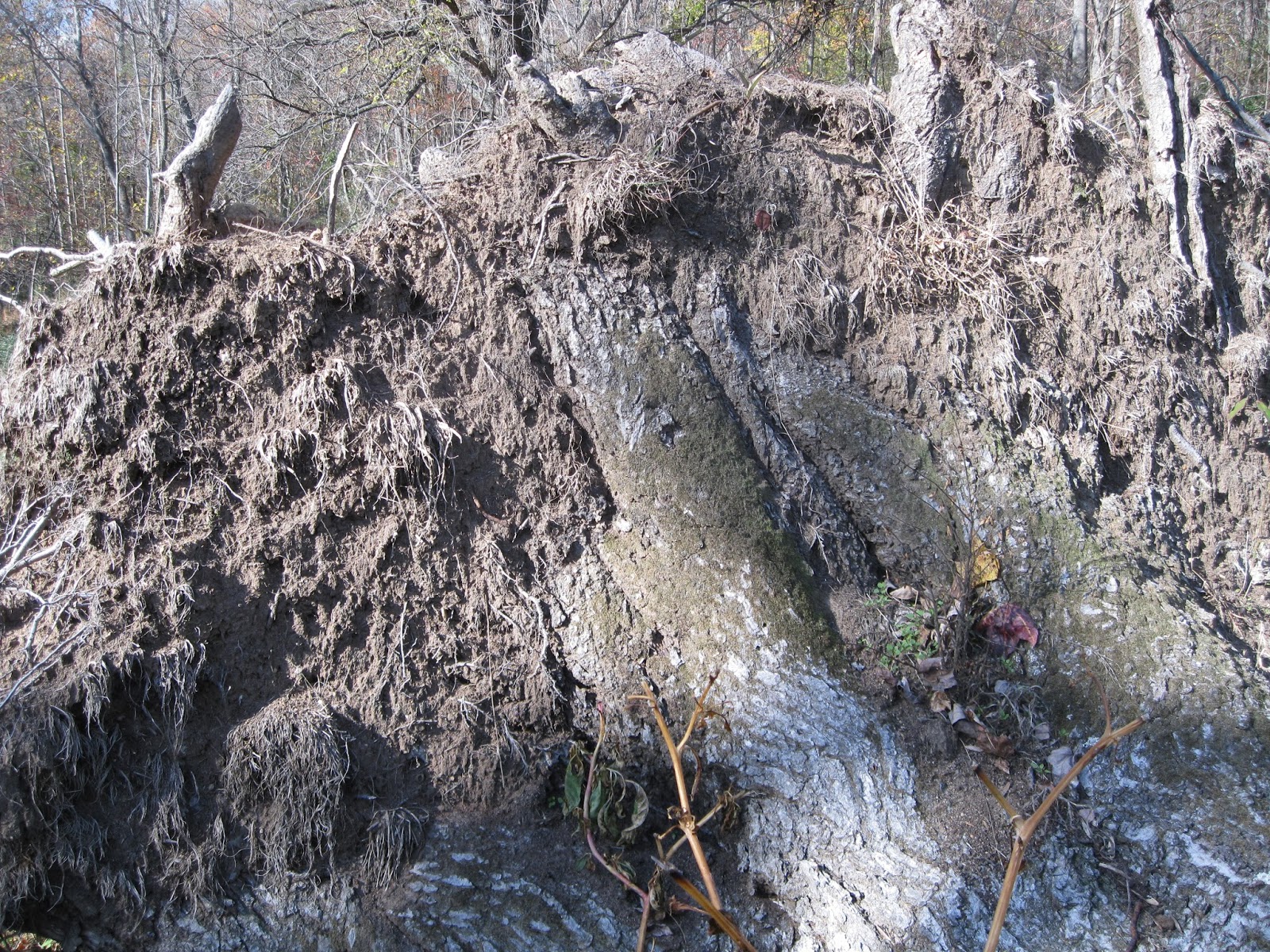 It is odd how beautiful things become under stress. That week, every little detail became beautiful--the cracks in the pavement, a stone covered with moss. I photographed the light falling over the stacks and stacks of paintings done by my friend's late wife, the light through curtains, or on a wall, or the sunlight passing through what leaves remained on the trees that late October, or the Hallowe'en decorations of the small town. Then my friend was operated on, his son came to care for him ,and I left. 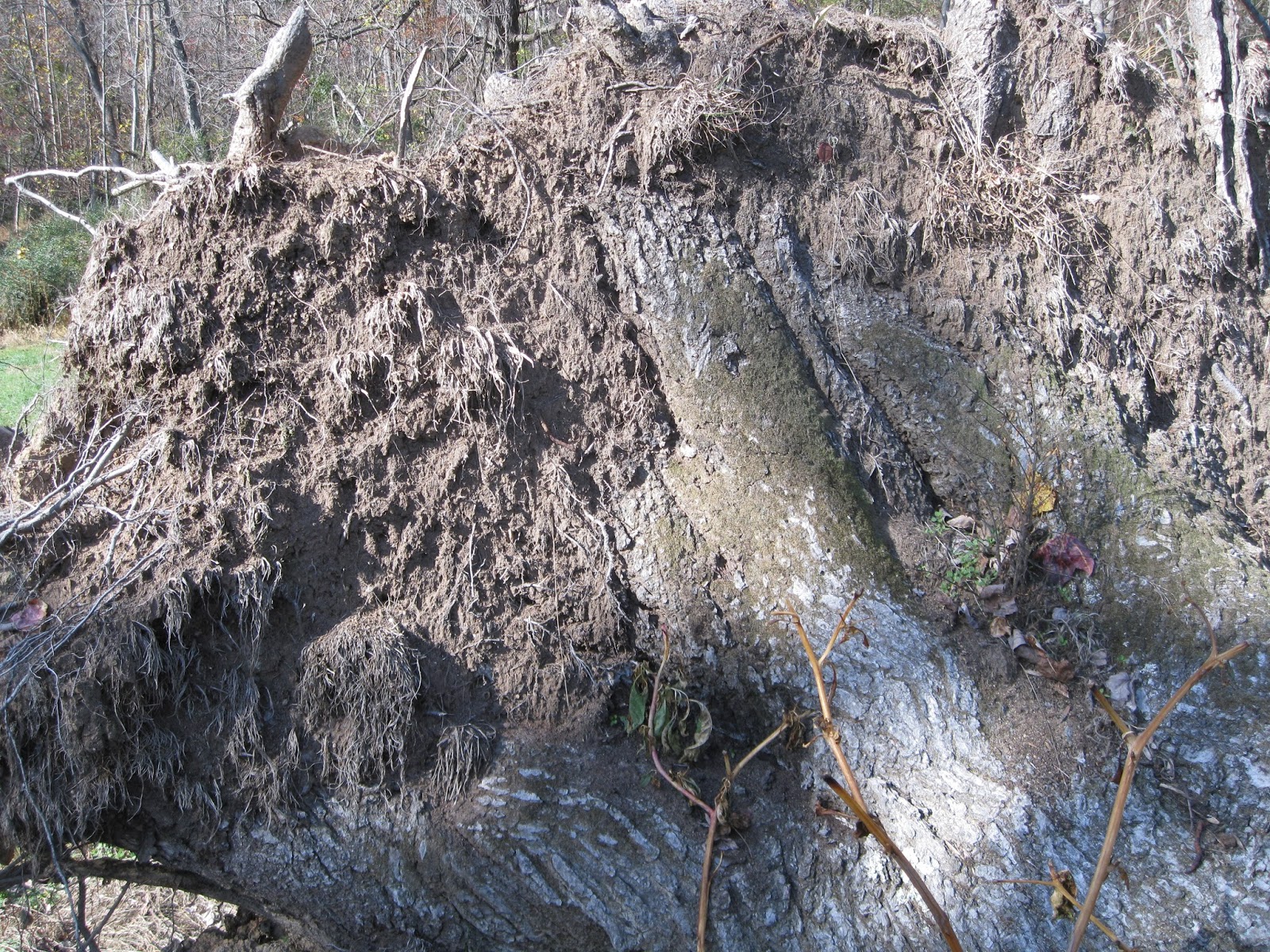 I visited a dear aunt en route home. Her place is called "Windy Hill". She is in her late 'eighties and a wise   woman. We have always loved  each other with an unspoken understanding. We talked at length of the problems which had lately attended my parent's care, and of the savage quarrels that had come up over apparently small matters.  Her advice was matter-of-fact and to the point, and much appreciated. 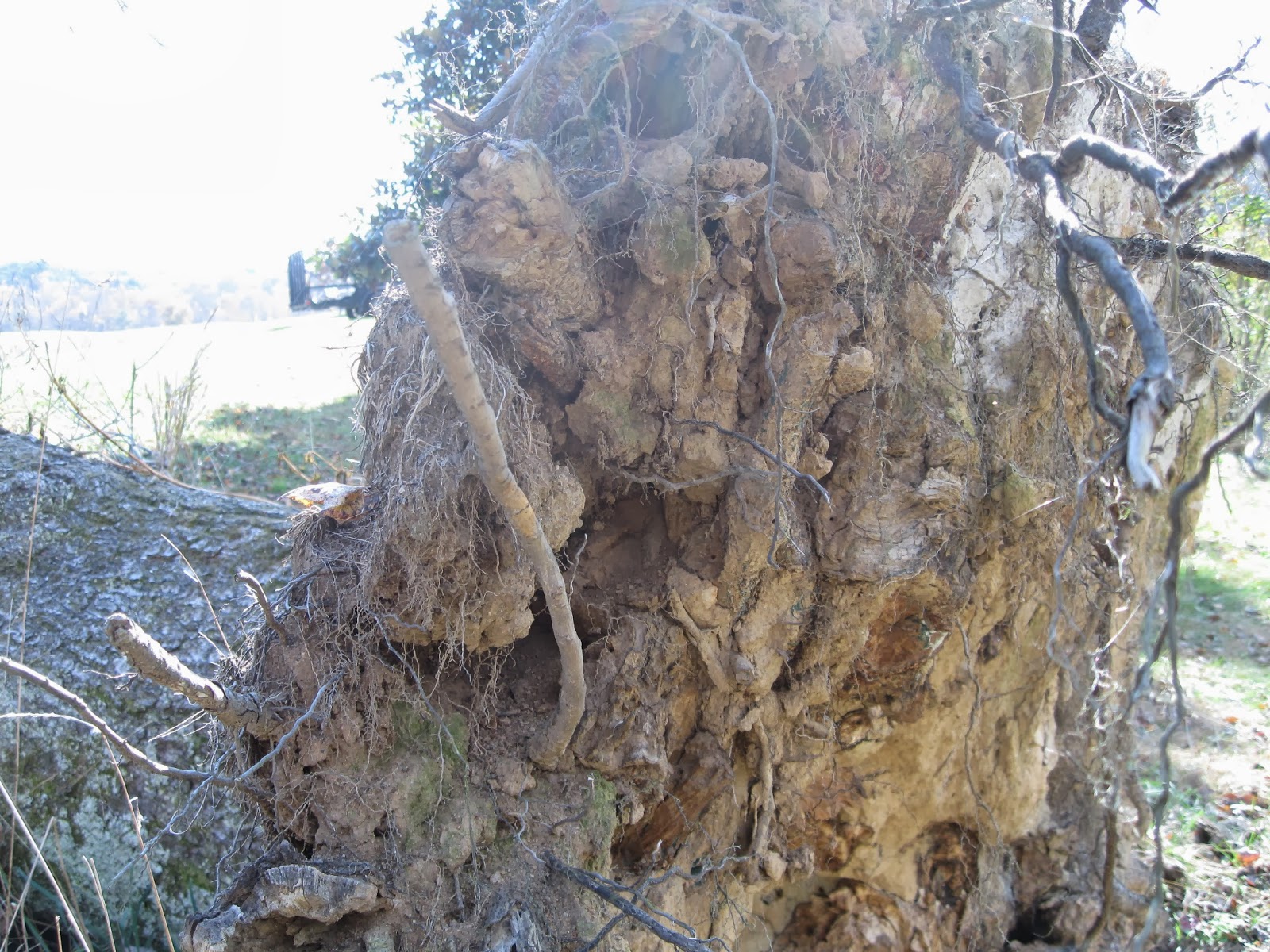 Windy Hill is high in the Appalachian mountains, and  has been a homey sanctuary for her family members for many years, and so it was for me. As she napped in the mid-afternoon, I walked the property, and soon found myself fascinated with a weathered tree at the edge of it. It seemed to be telling me something about 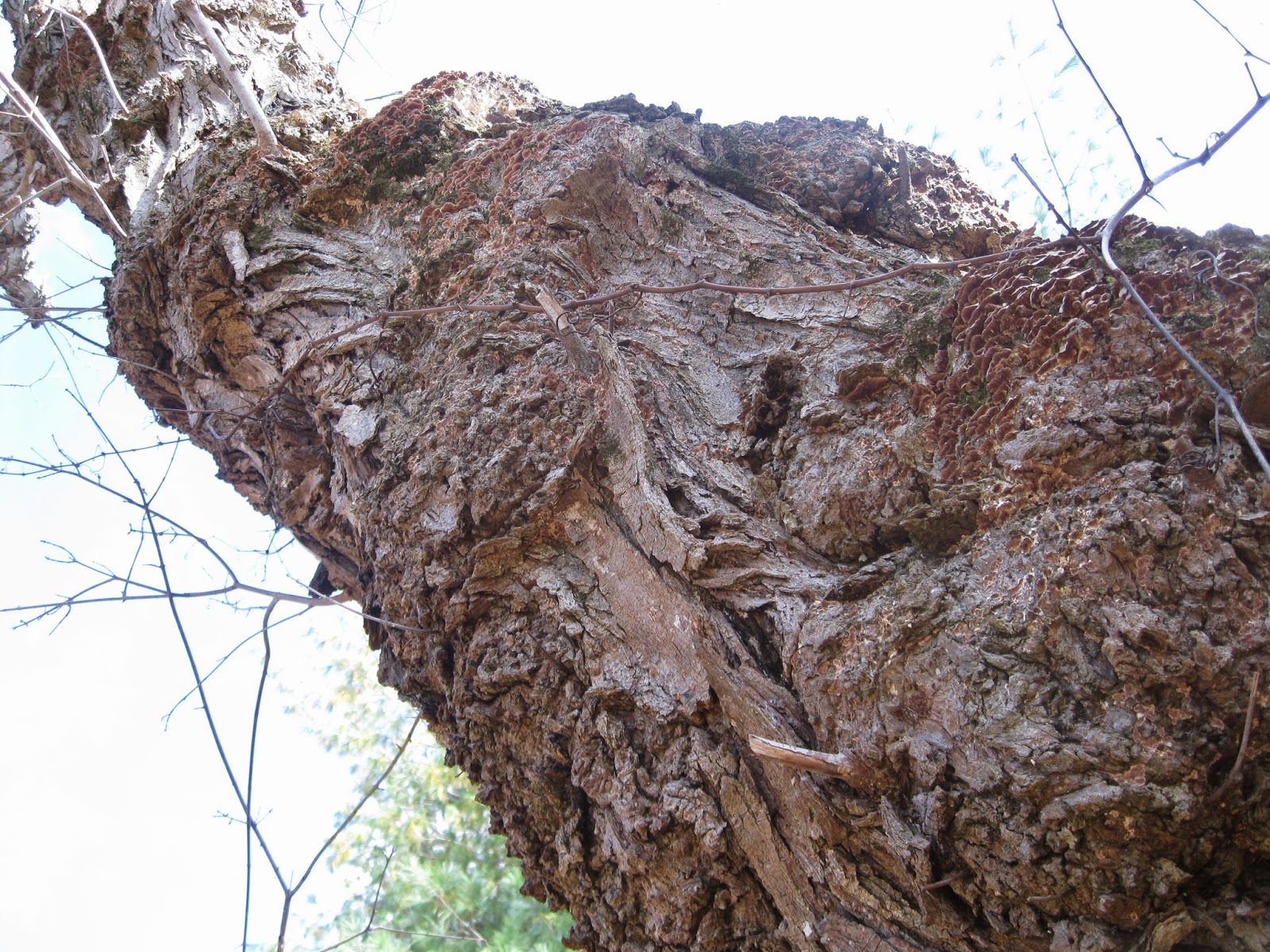 time by the shape of its folds, and the  termite borings, and concave hollows in its split trunk. 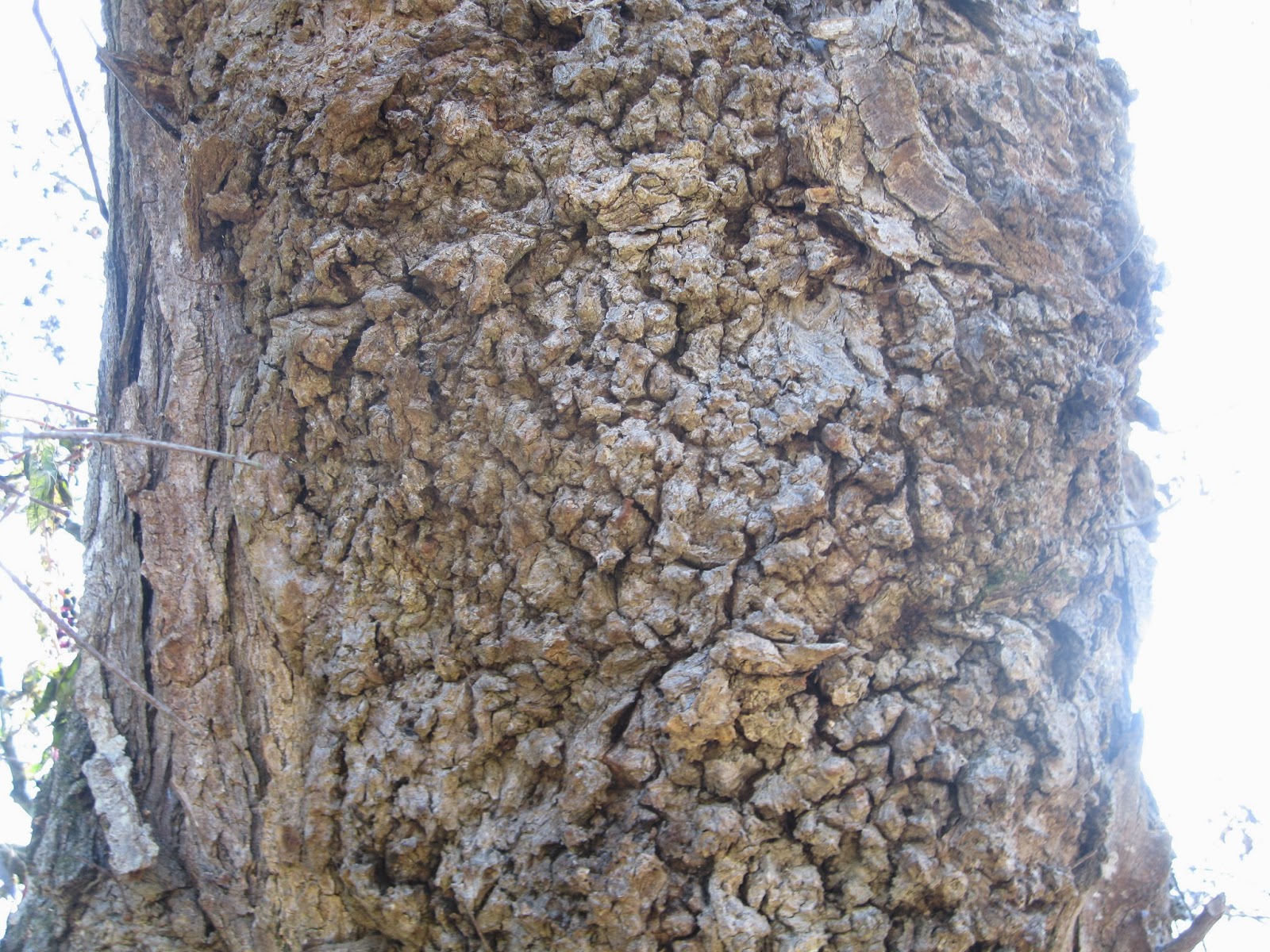 I fancied that I saw the entirety of the history of art in its weathered trunk, and could identify Michelangelo and Rodin in the lichen which covered the cancerous boles which warted it. 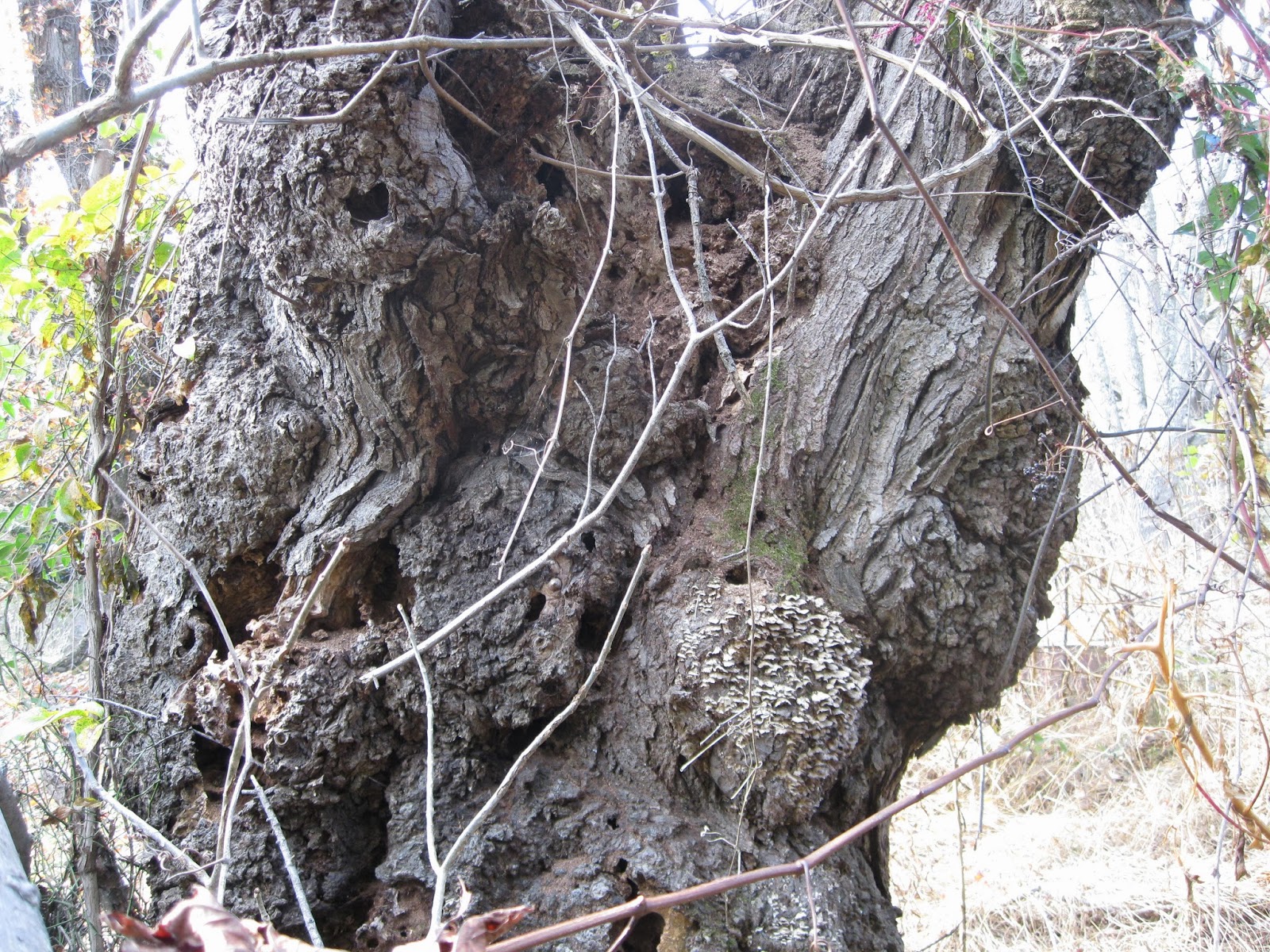 Also the faces of nymphs over which bark had grown, more prehistoric than Daphne, and ships' heads, and prows . 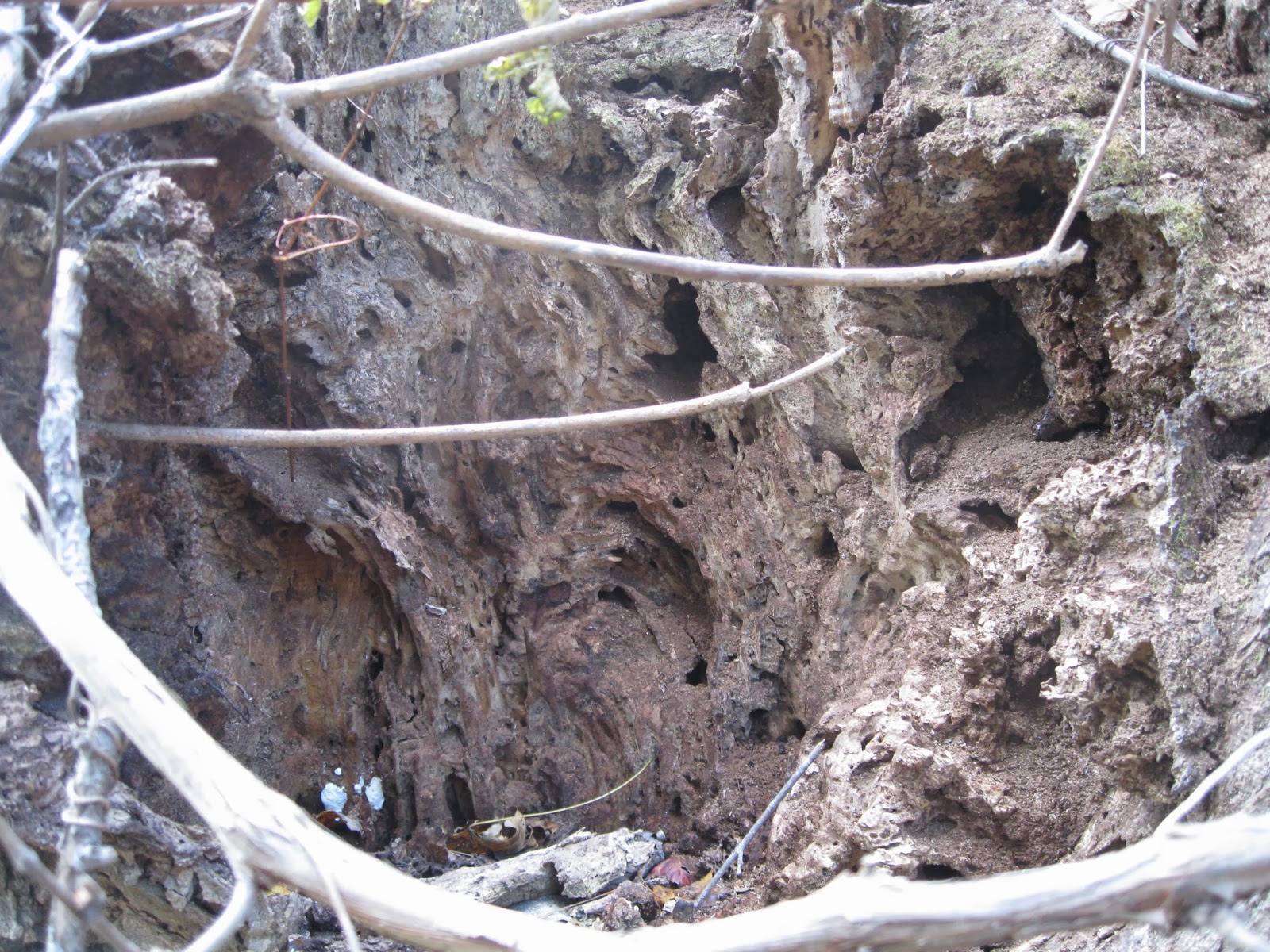 The desert dwellings of lost civilizations known only through fragmentary evidence also were there;
no one knew where these aboriginals went, or what their enemies made off with. 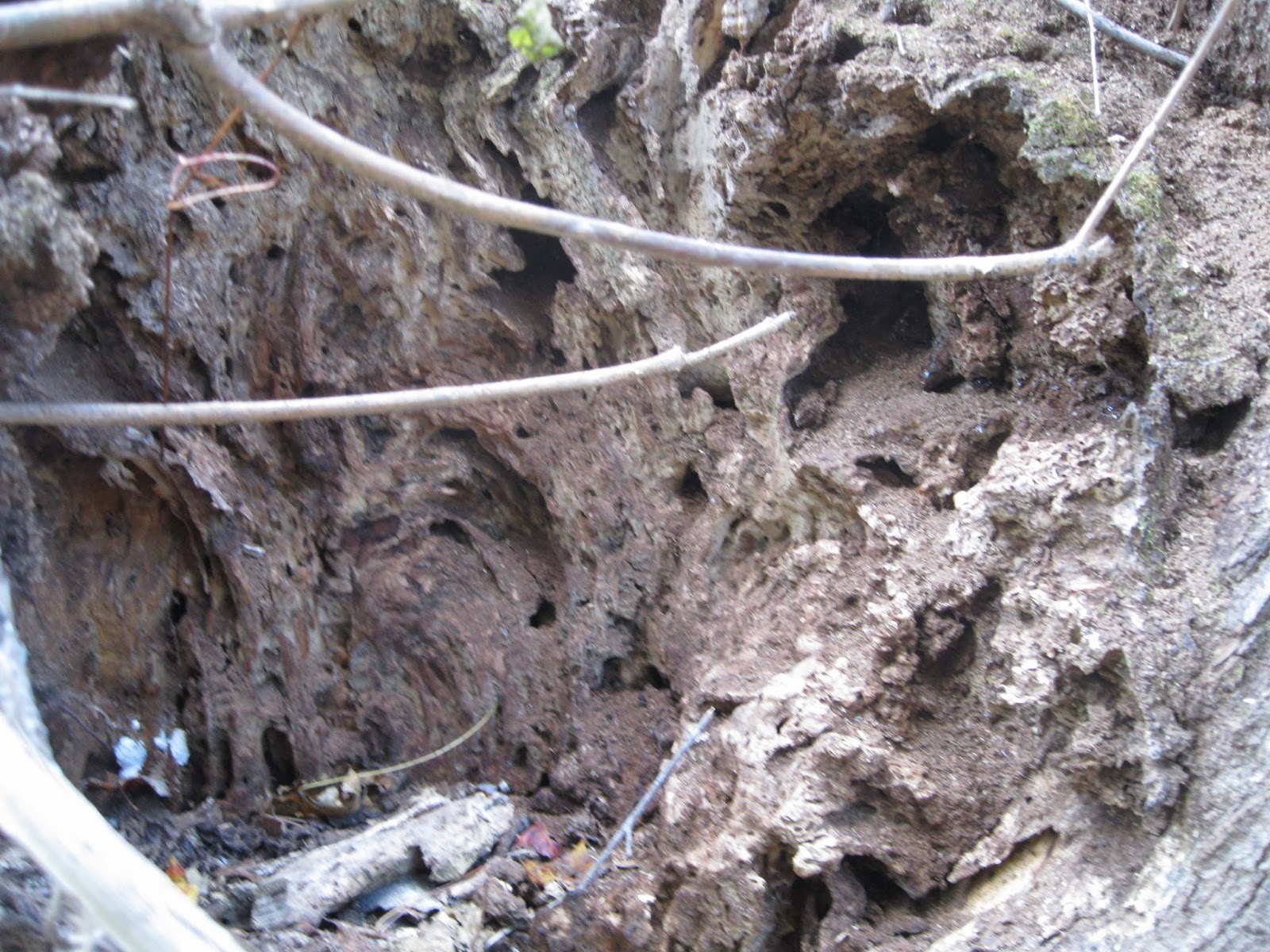 The  last time the suspension bridges were used was in time immemorial. 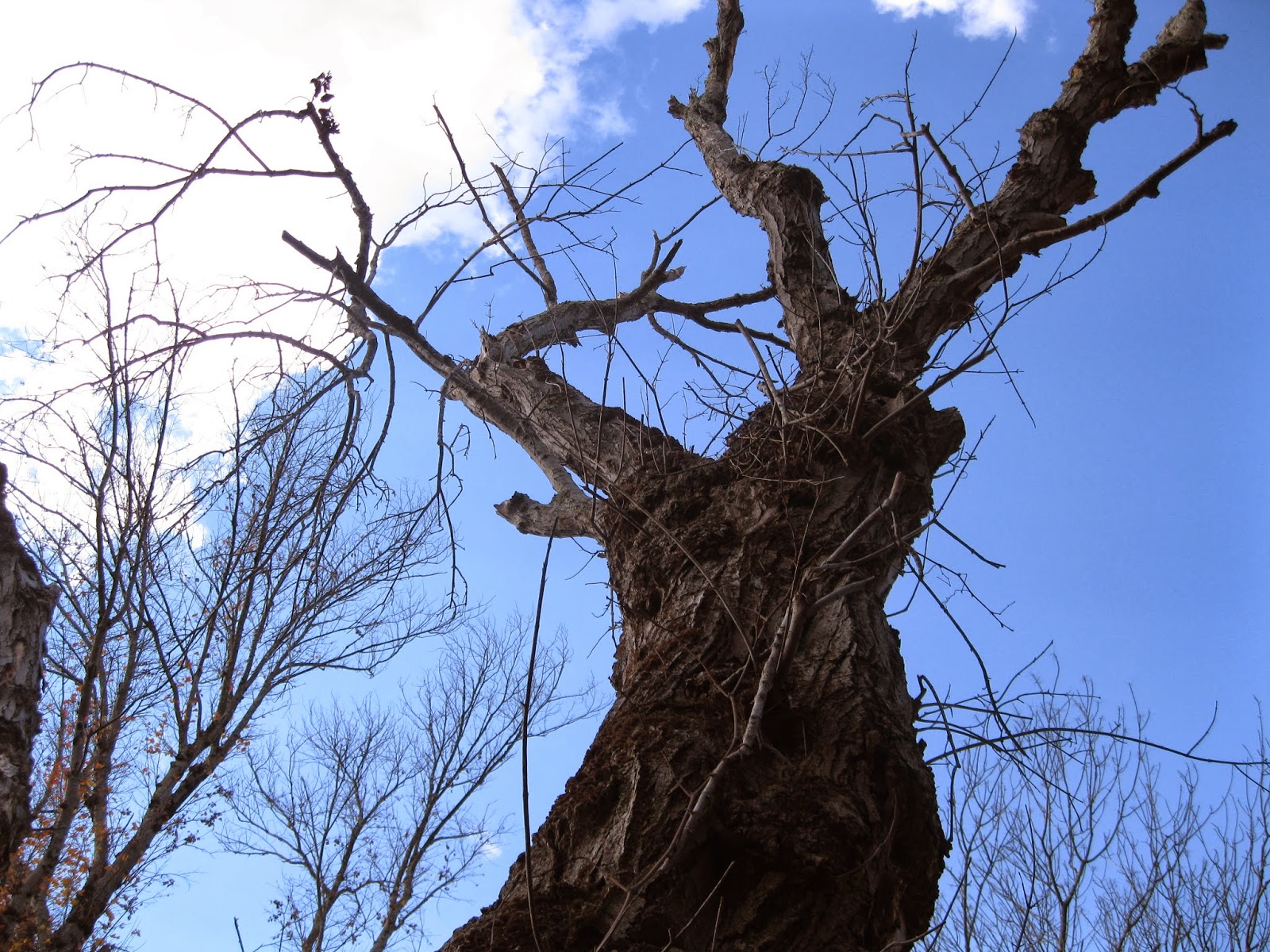 Above all these minuscule activity, the upper trunk of the tree seemed to lament like Niobe. 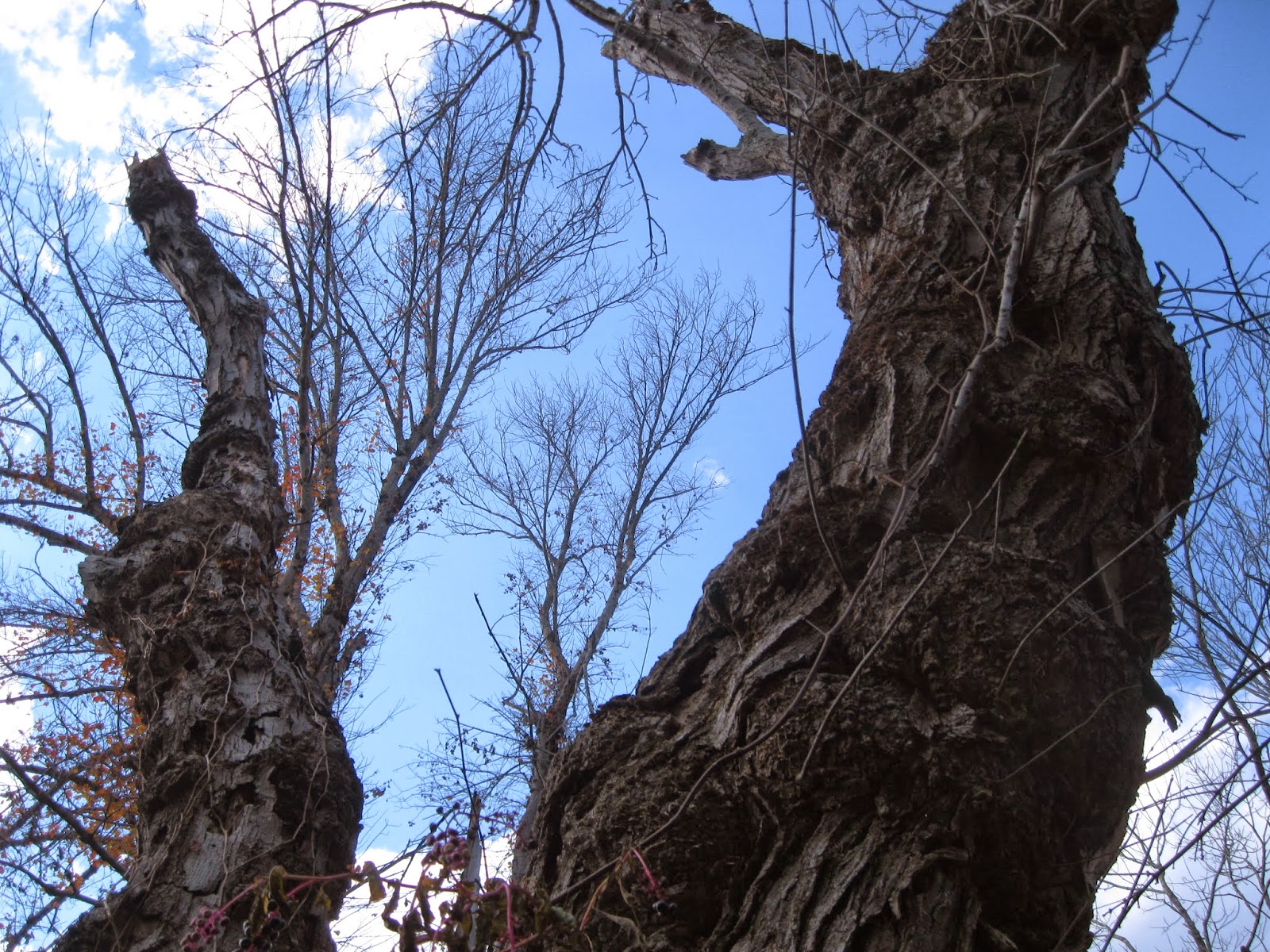 And the faces of the witnessses were covered with a volcanic sediment in the rising storm that ended their civilization. 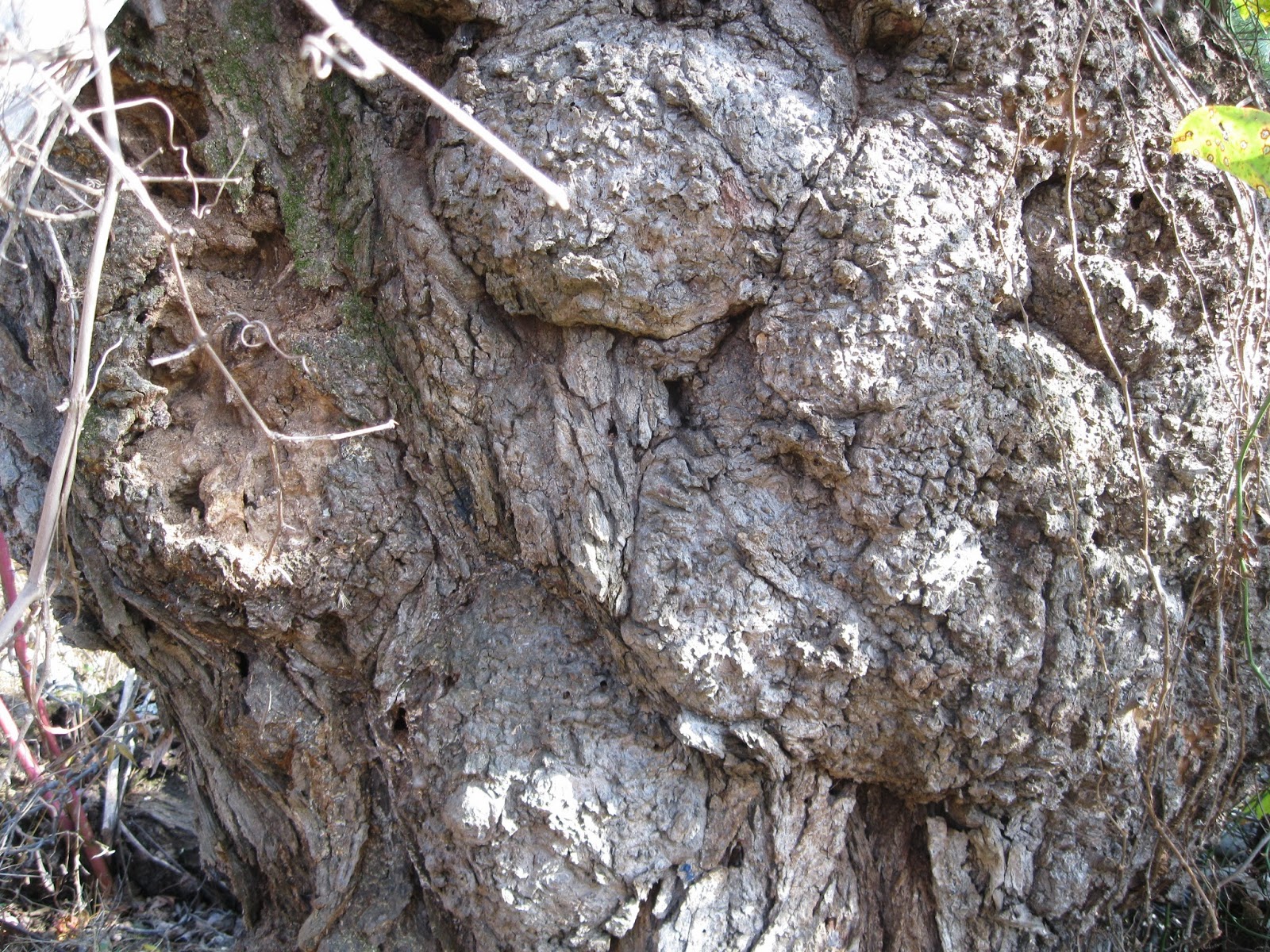 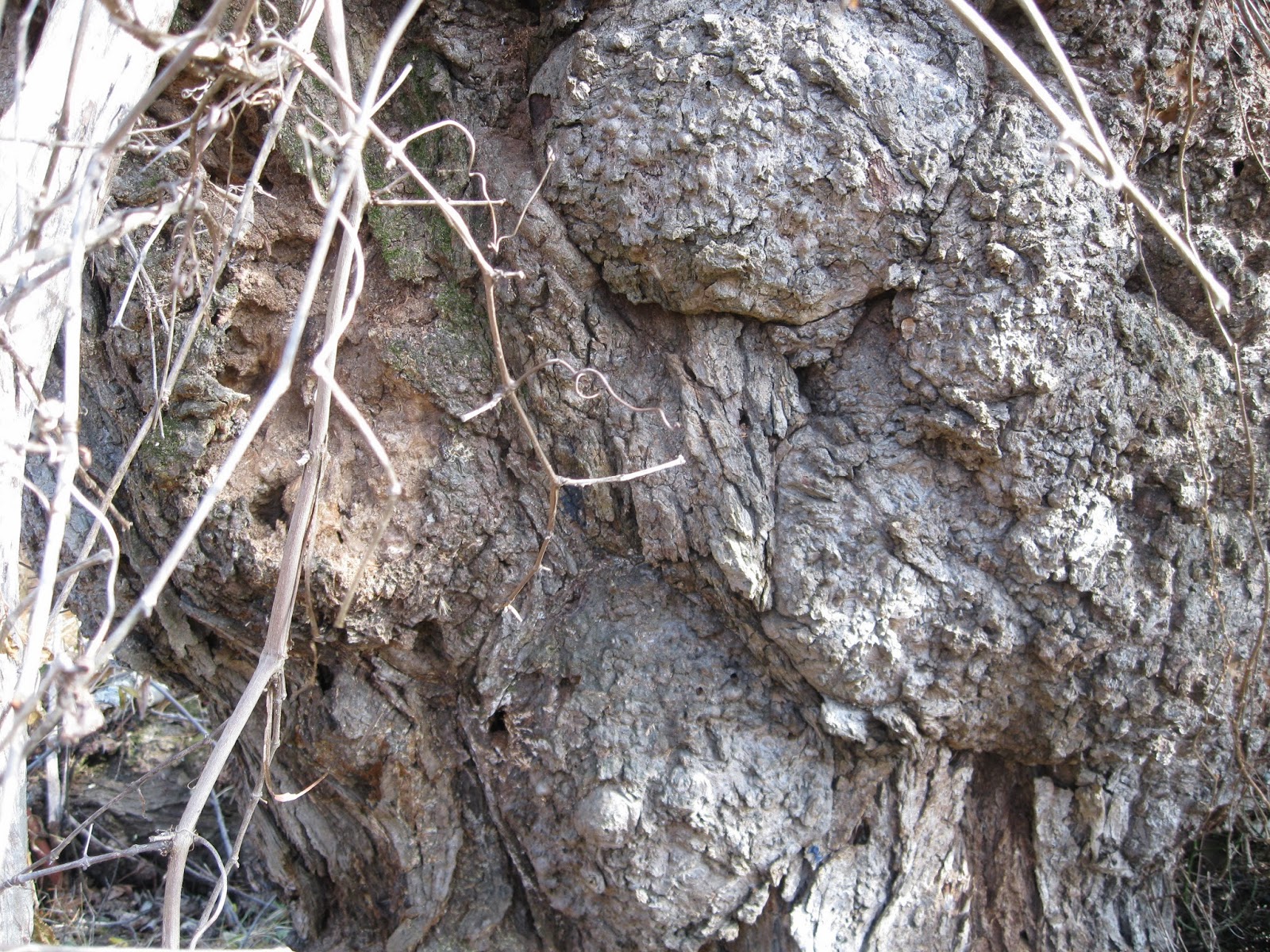 Maybe the sea would roll back, and  all would be restored. 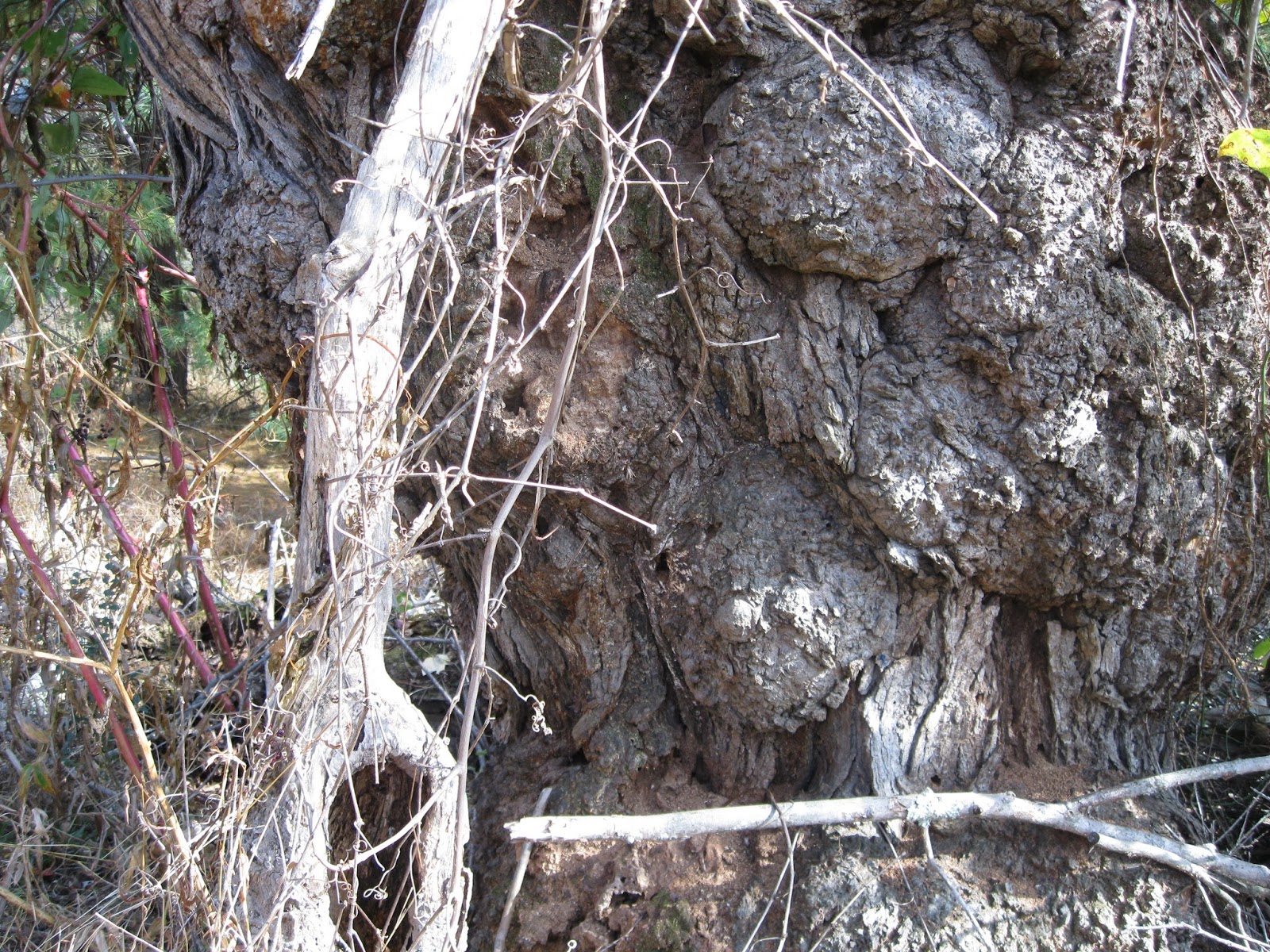 It was constantly metamorphosizing between decay and potentiality as I circled it, and I wondered if my recent sorrows  had made me susceptible to instruction..  Much later, after my aunt went to sleep, and I dozed off myself, I woke with a start. It was after midnight. Despite the cold I went out on the mountaintop and studied the stars as one may only do on a mountaintop far from city lights. The sight of the stars re-newed me, and I re-oriented myself to the vast sky, having received the wisdom of the tree and my  dear old aunt. I promised myself to cherish my old ones again, and shed a few hot salt tears. The next day, I  returned  home. 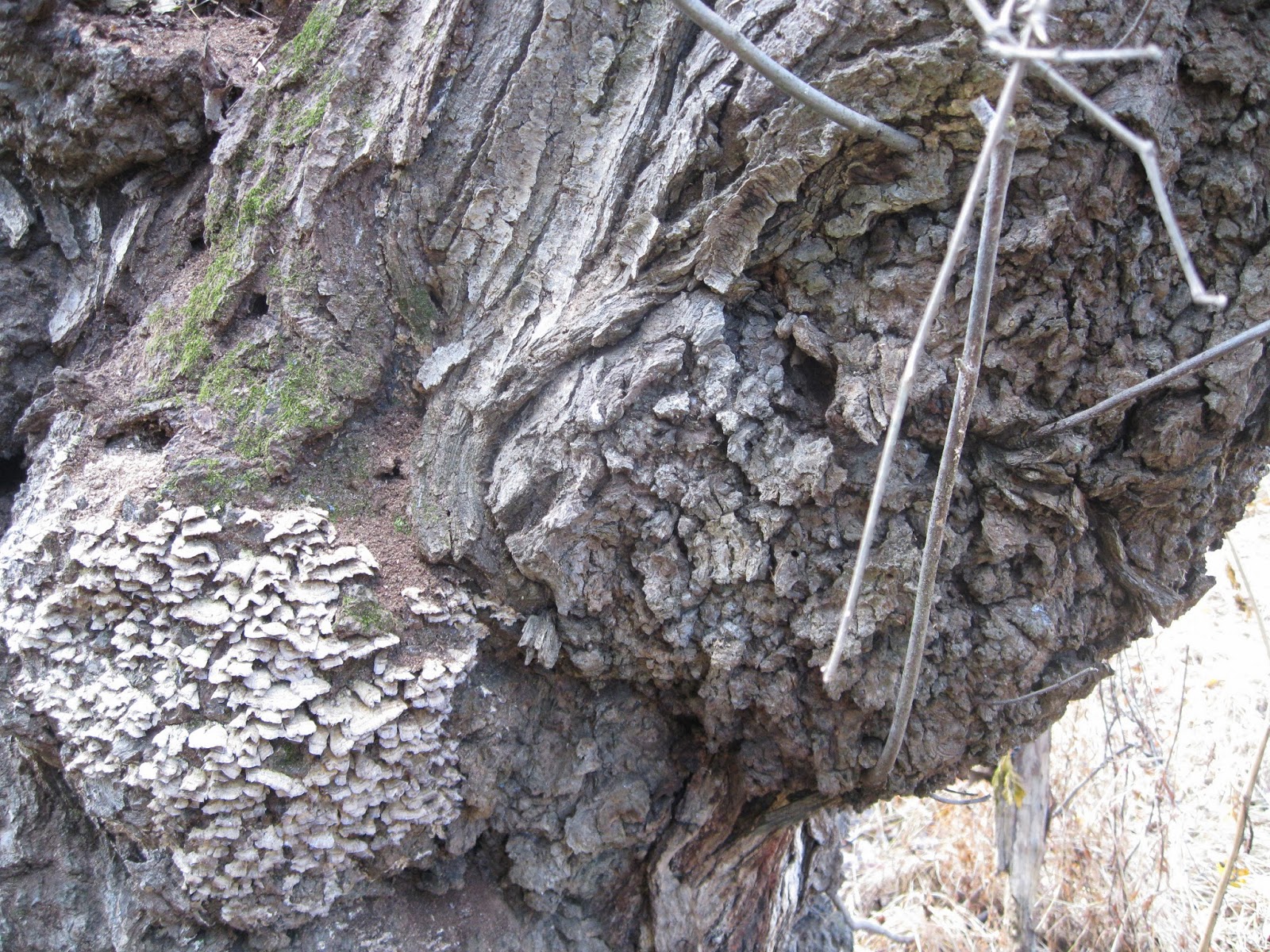 Posted by phillip larrimore at 7:53 PM