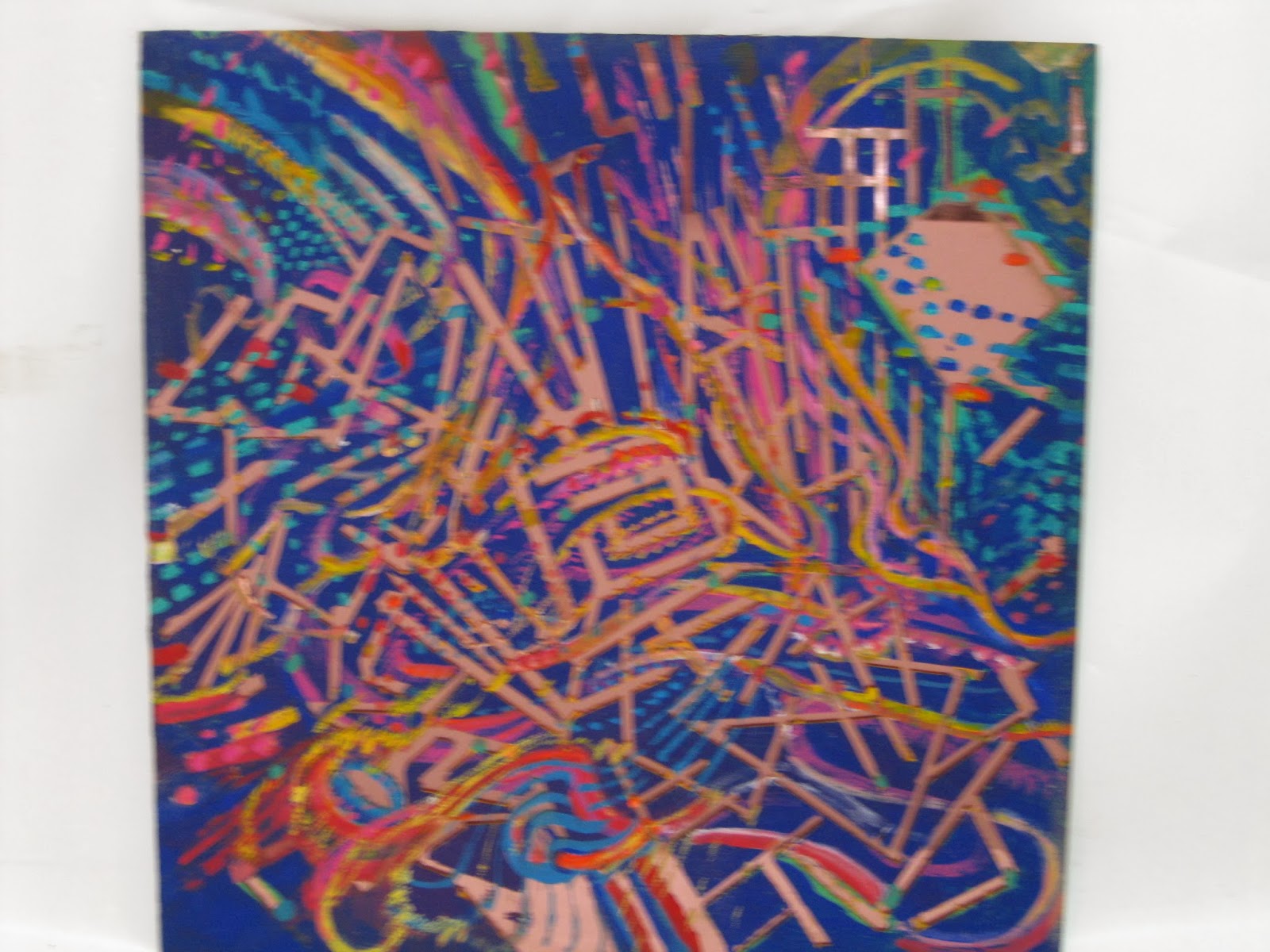 Most explanations of why an artist does this or that strike me as retrospective wisdom. I can rationalize why
some things bore me and other things haunt me, but I am always aware of something cobbled together
about this. There was,.for example, some childhood festivity-- perhaps a birthday party which misfired--that lies behind my dislike of all things connected with stadiums, mass rallies, patriotism, ideologues, church services, advertisements, conga lines,prayer breakfasts, etcetera. It is why I hate the "Ode to Joy", which seems to me the prologue to a pogrom, though I  revere the Beethoven sonatas and quartets.

But this is to dwell on what I loathe, which is not my intention. The things that haunt me are as enigmatic.
The image of coral gardens which re-appear like a string of islands in  an archipelago through my paintings and drawings probably began
with waking dreams in my early childhood of being under the sea. Was this due to a traumatic exposure to Disney's Pinocchio? Perhaps. But I didn't dream of growing donkey ears, or of other Disney characters--Snow White or Dumbo or Lady and the Tramp.

This buried image quickened many years later--if my recollections don't deceived me--when I was in love with a beautiful blonde socialite, who described scuba diving in the coral reefs of Australia to me.
We also talked that day of the  blues in the stained glass windows of Chartres, which have never been duplicated or equaled ,and these also merged into the image of her as an Aphrodite in the reef-strewn sea.

Two poems which I discovered at that time intertwined  with this image. One was Laforgues' Flora and Fauna of the Moon which Guy Davenport "collaged" into scene of love-making in his  story "The Dawn in Erewhon", and which appears in  his collection TAITLIN. It ends,
"We will return and press the question, ah!
When we have understood the coral isle."

The other was from Marianne Moore's "Peoples' Surroundings",
"And Bluebeard's Tower above the coral reefs,
the magic mousetrap closing on all points of the compass,
capping like petrified surf the furious azure of the bay,
where there is no smoke and life is like a lemon leaf,
a green piece of tough translucent parchment,
where the crimson, the copper, and the Chinese
vermillion of the poincianas
set fire to the masonry and turquoise blues refute the clock..."

These became almost verbal emblems of an elusive image of paradise felt as much as seen, a blue-green
subaquatic world remote from the mundane concerns of Manhattan, which I tried to bring to the fore-
ground of my own imagination. It seems rather grand to call it a "motif"--but what else to call it, though.? 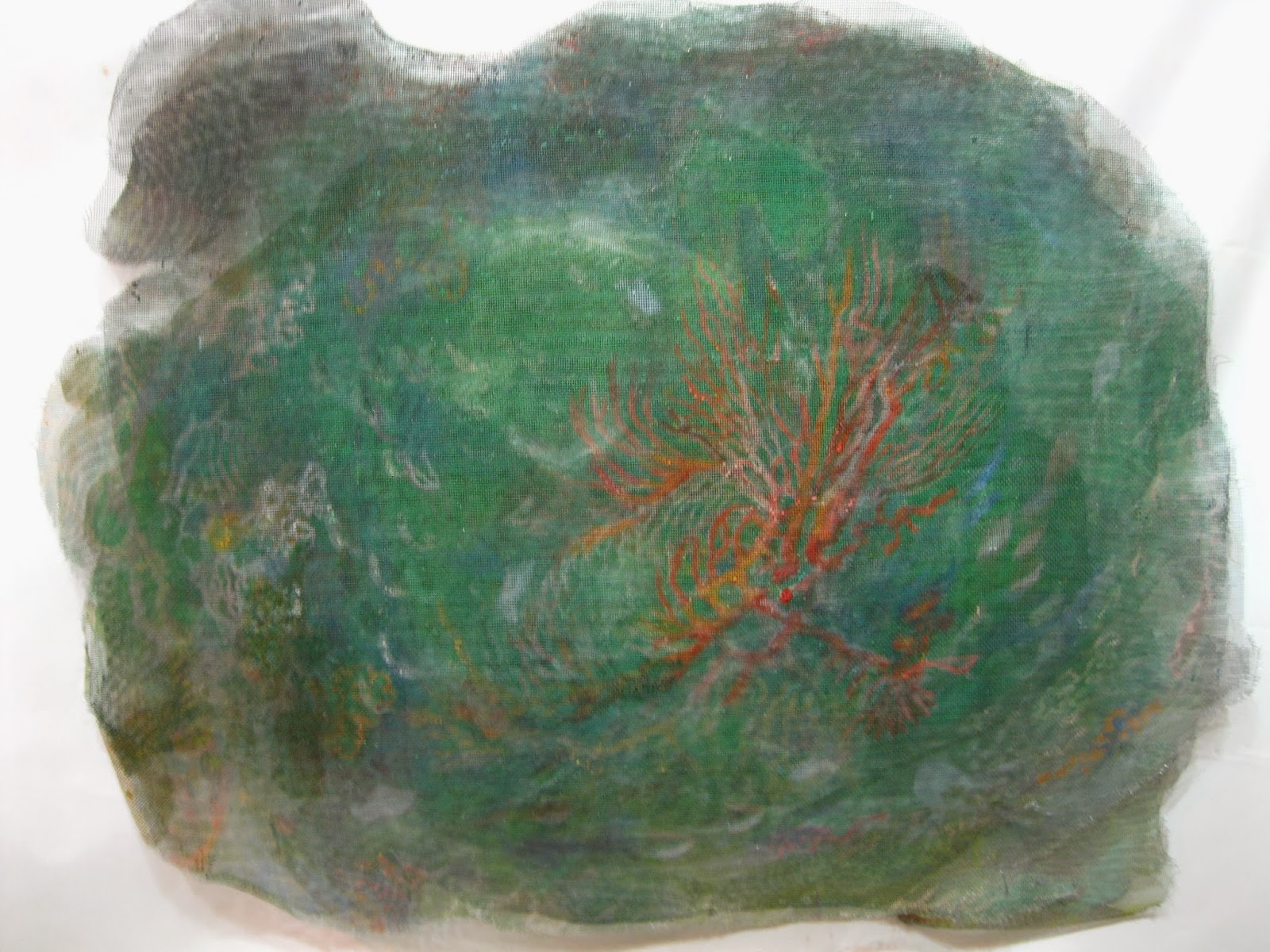 Though my socialite soon went on her blonde way  into circles more moneyed than I'll ever be, she remains more than a memory, a near presence recurring unexpectedly in poems, paintings and
drawings. 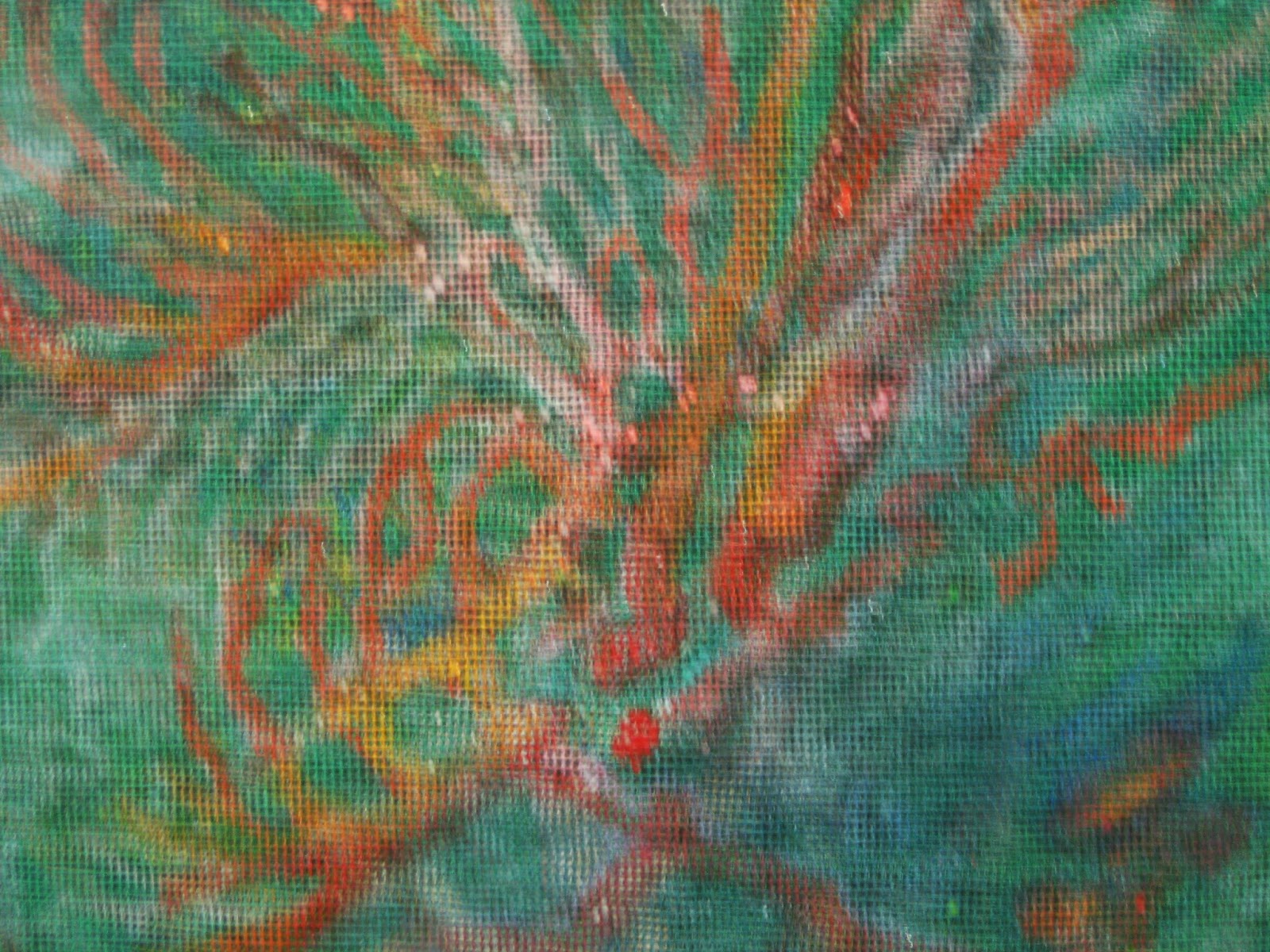 (the first image is of a small painting using enamel on copper mirrored tiling; the  following group of three
images are of a painting/construction done in 2008  using three differently shaped and painted layers of aluminum screening. the first of these three images is of the painting entire; the two after are  of  details.
It is 30"x long by 23" wide)

Posted by phillip larrimore at 6:29 AM