In 1996-7, I did a number of geometrical paintings on two mirrors facing each other at forty-five degree
angles. 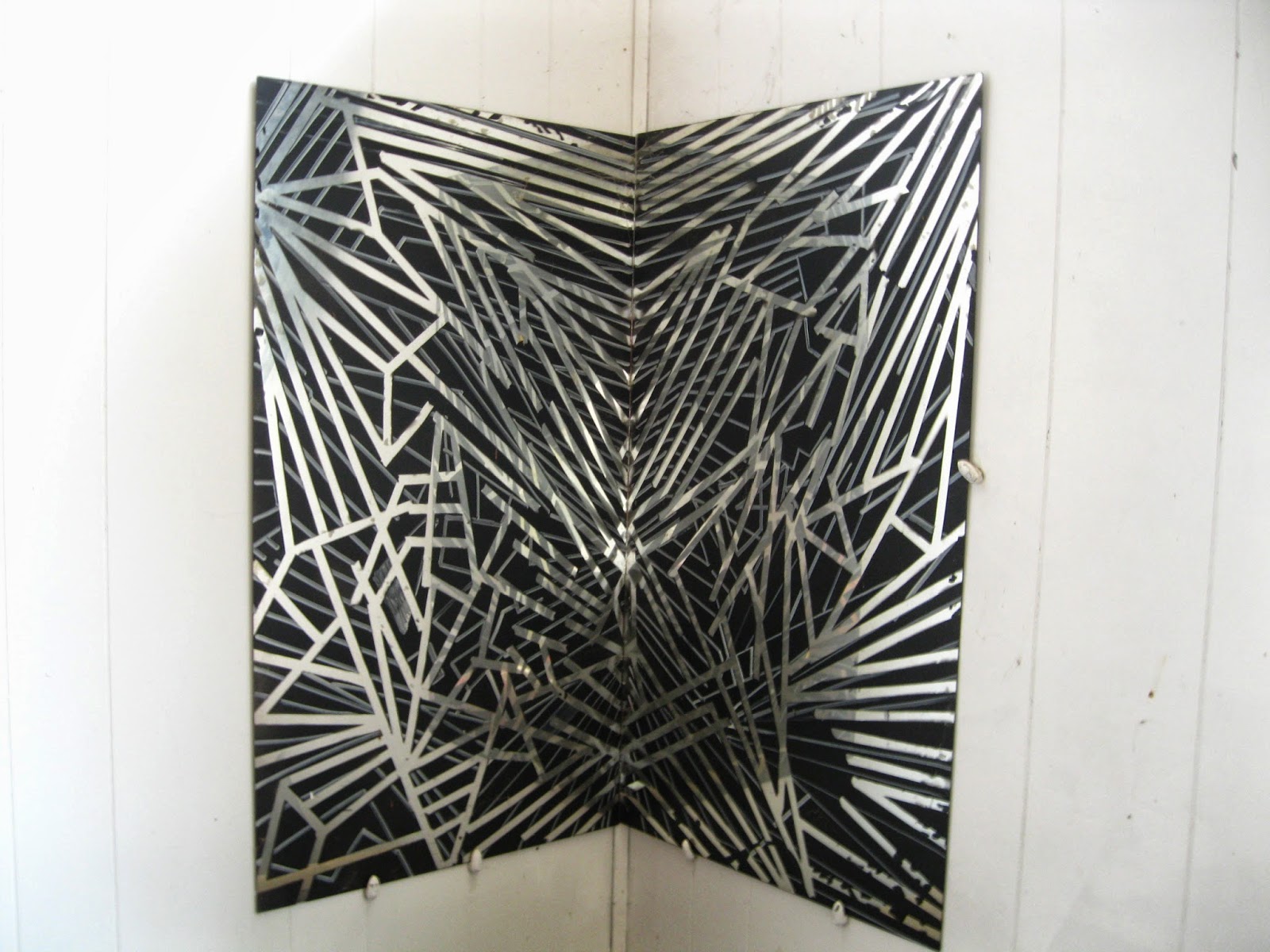 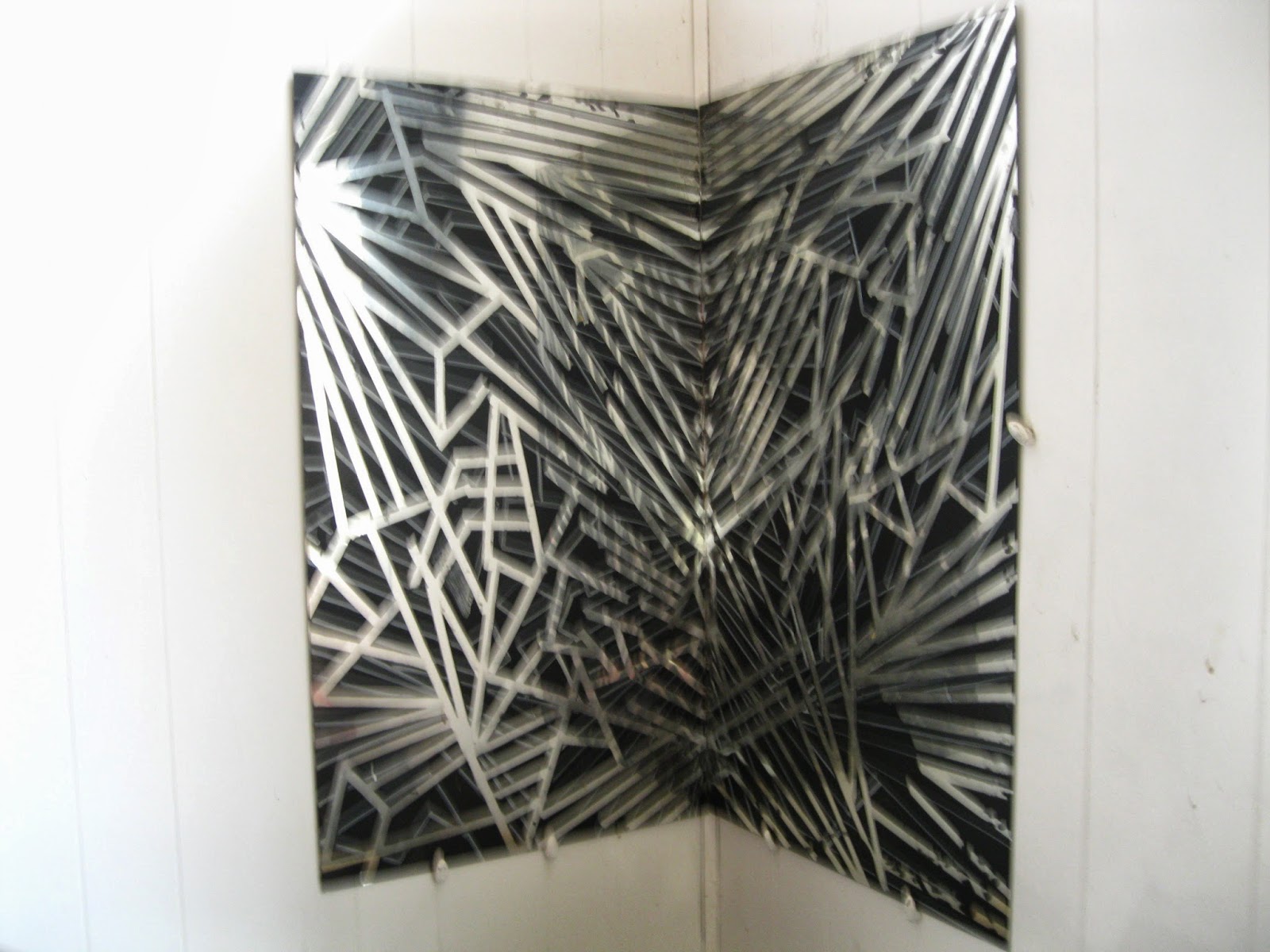 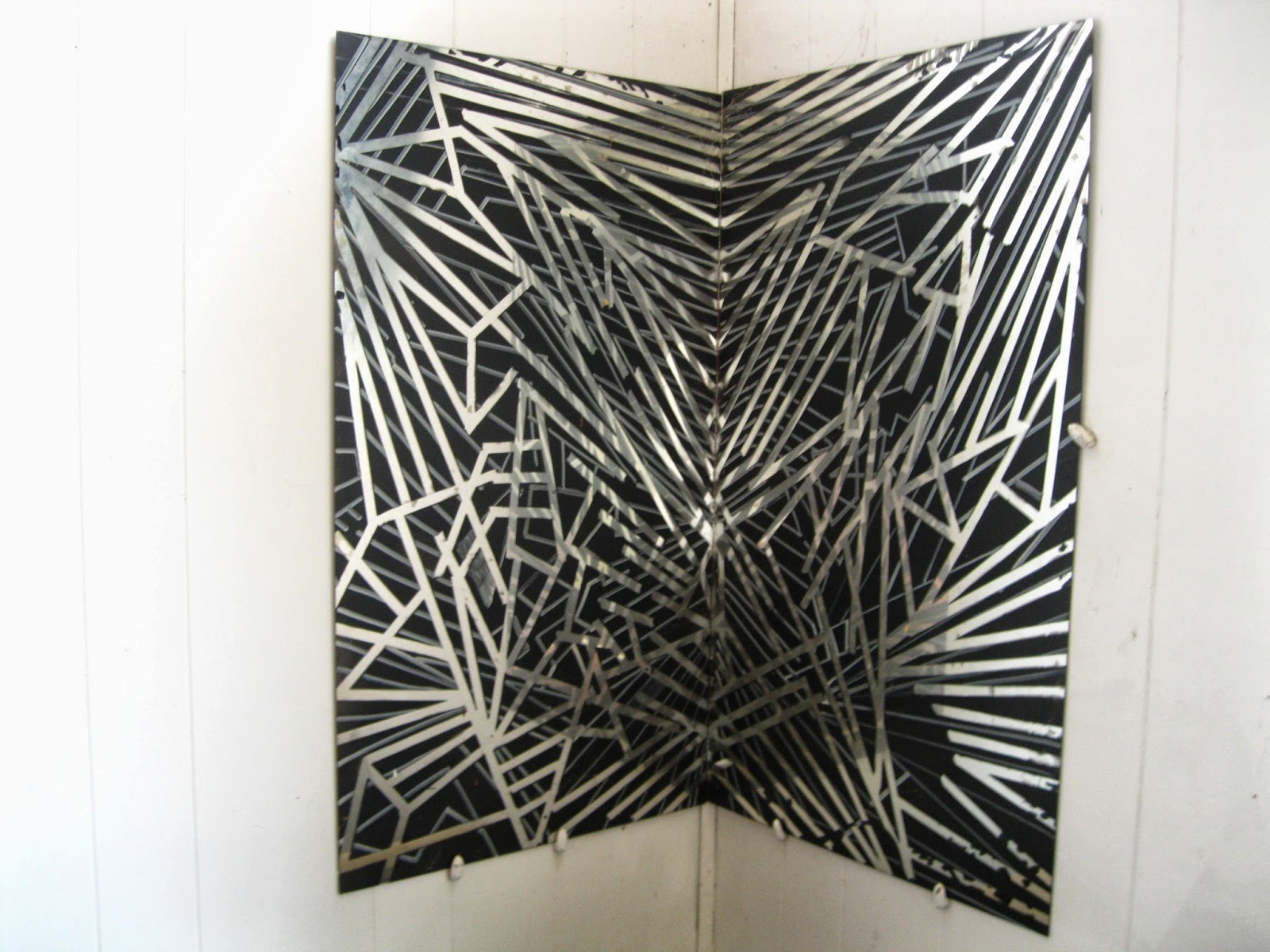 These were meant to be studies, but as is my weird wont, they got deeper than my initial
intentions.  The very first of these is this black piece. It is primitive--I "drew" with tape,
then painted, then painted on top of the painting. It was meant to be a corner piece, and
it seems to take a piece out of the room and put it somewhere else. 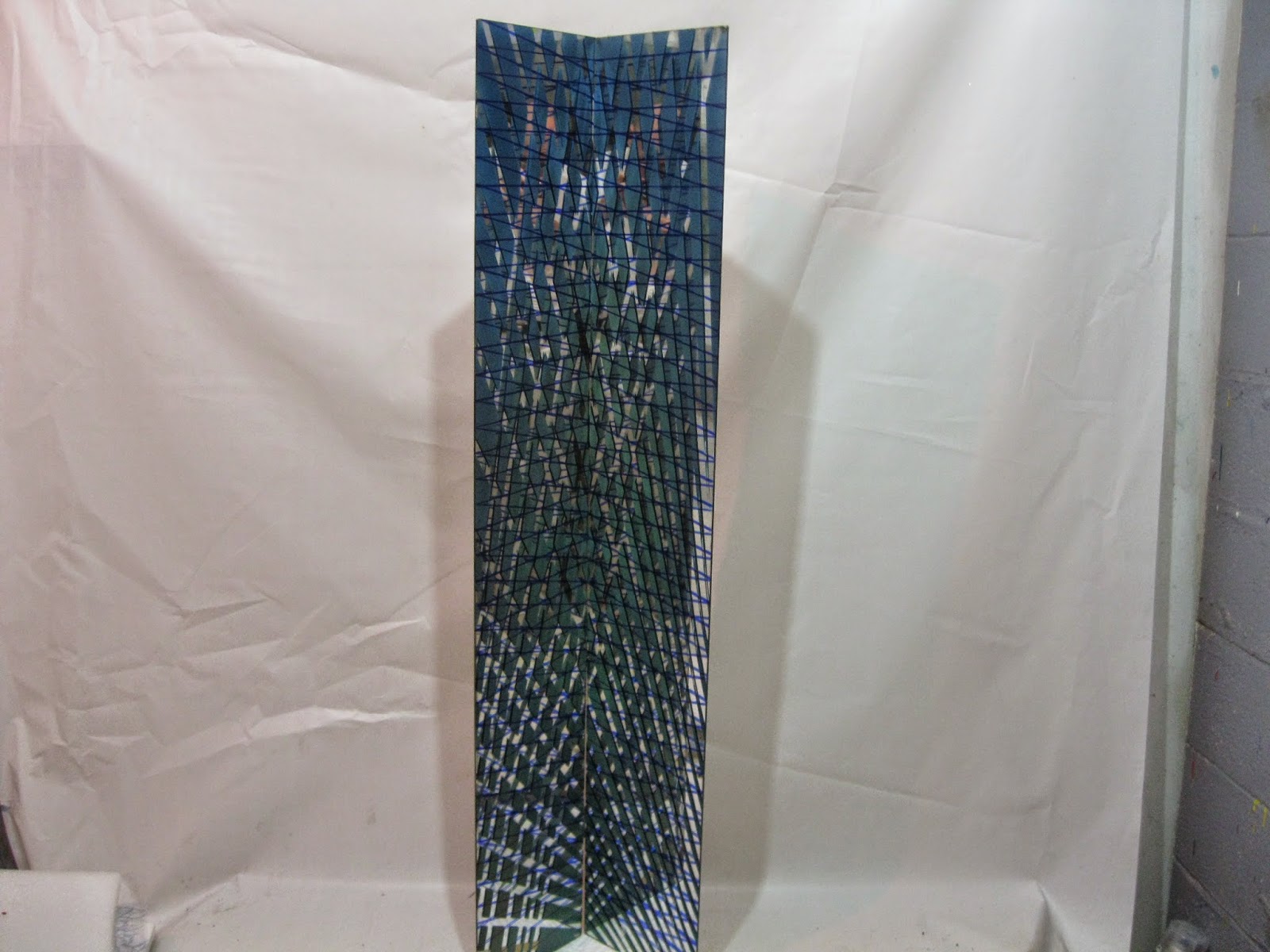 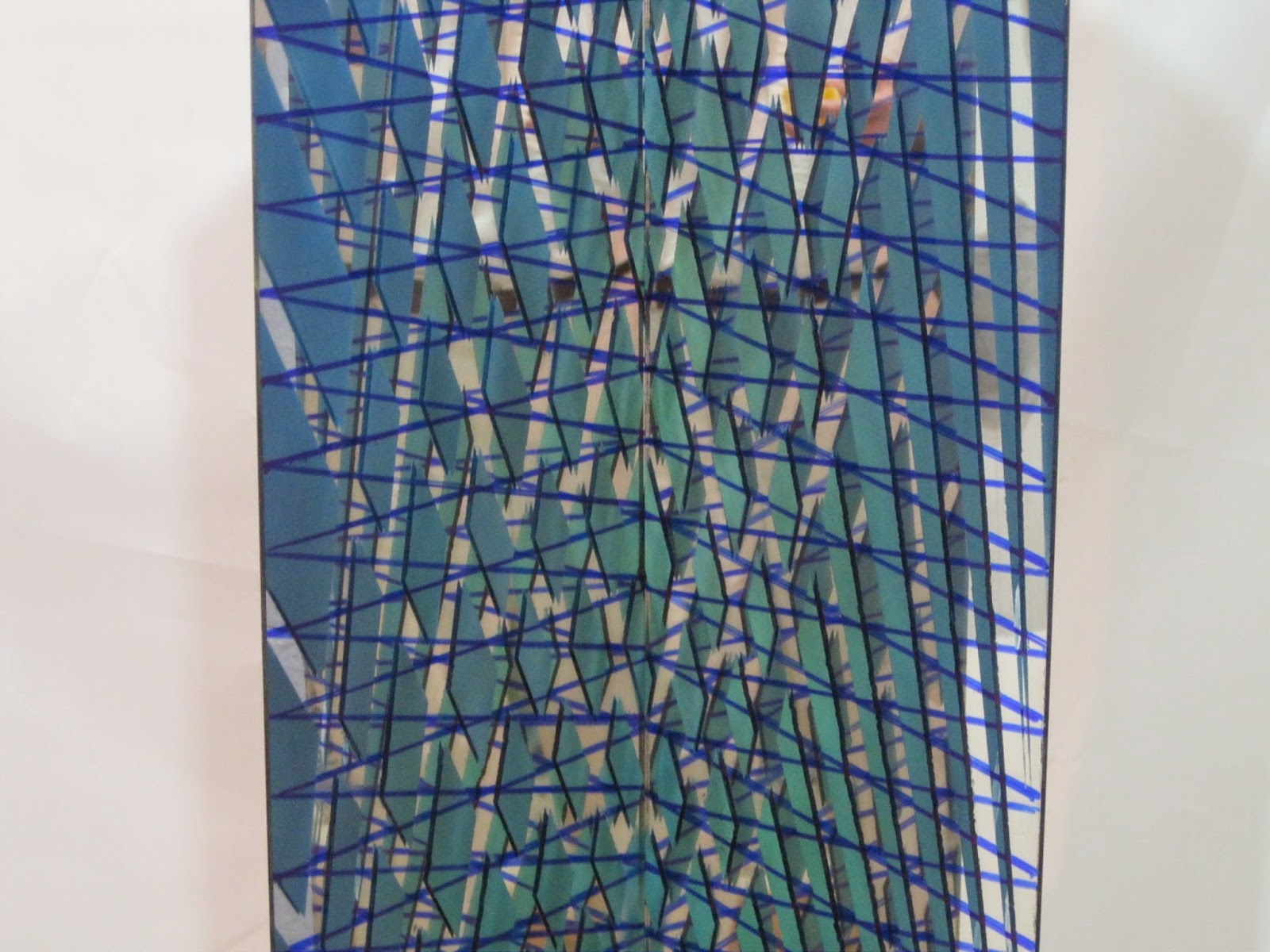 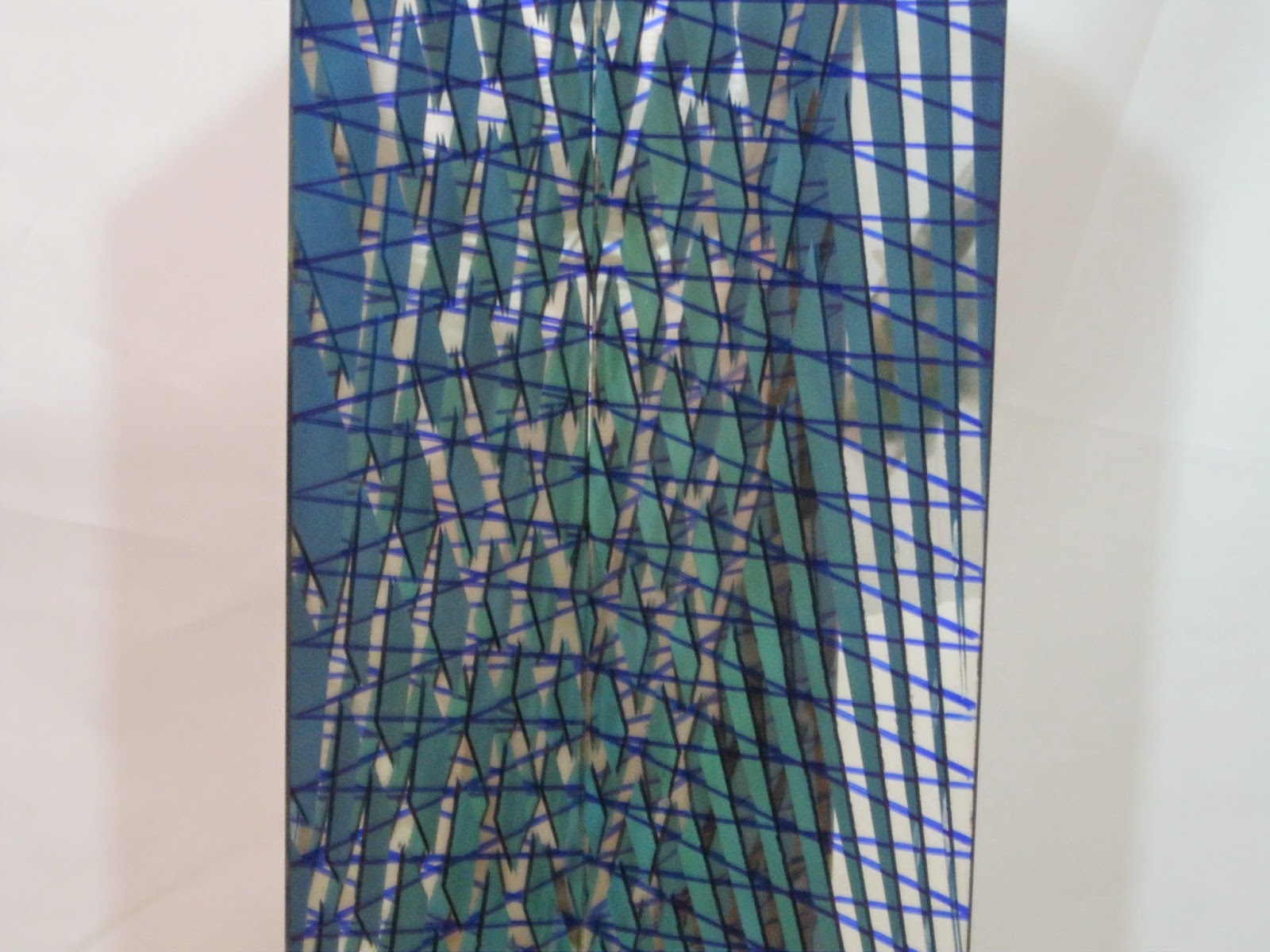 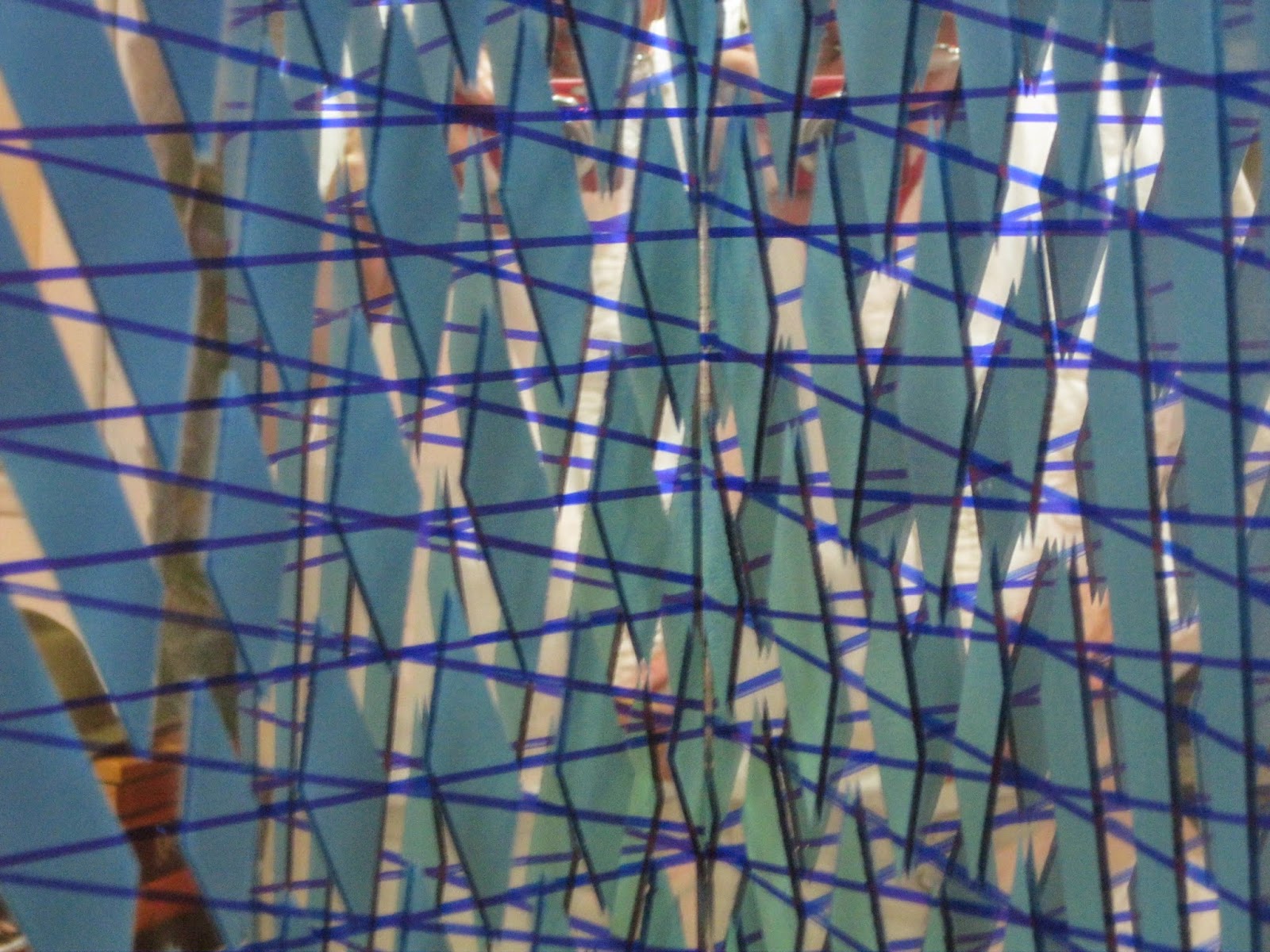 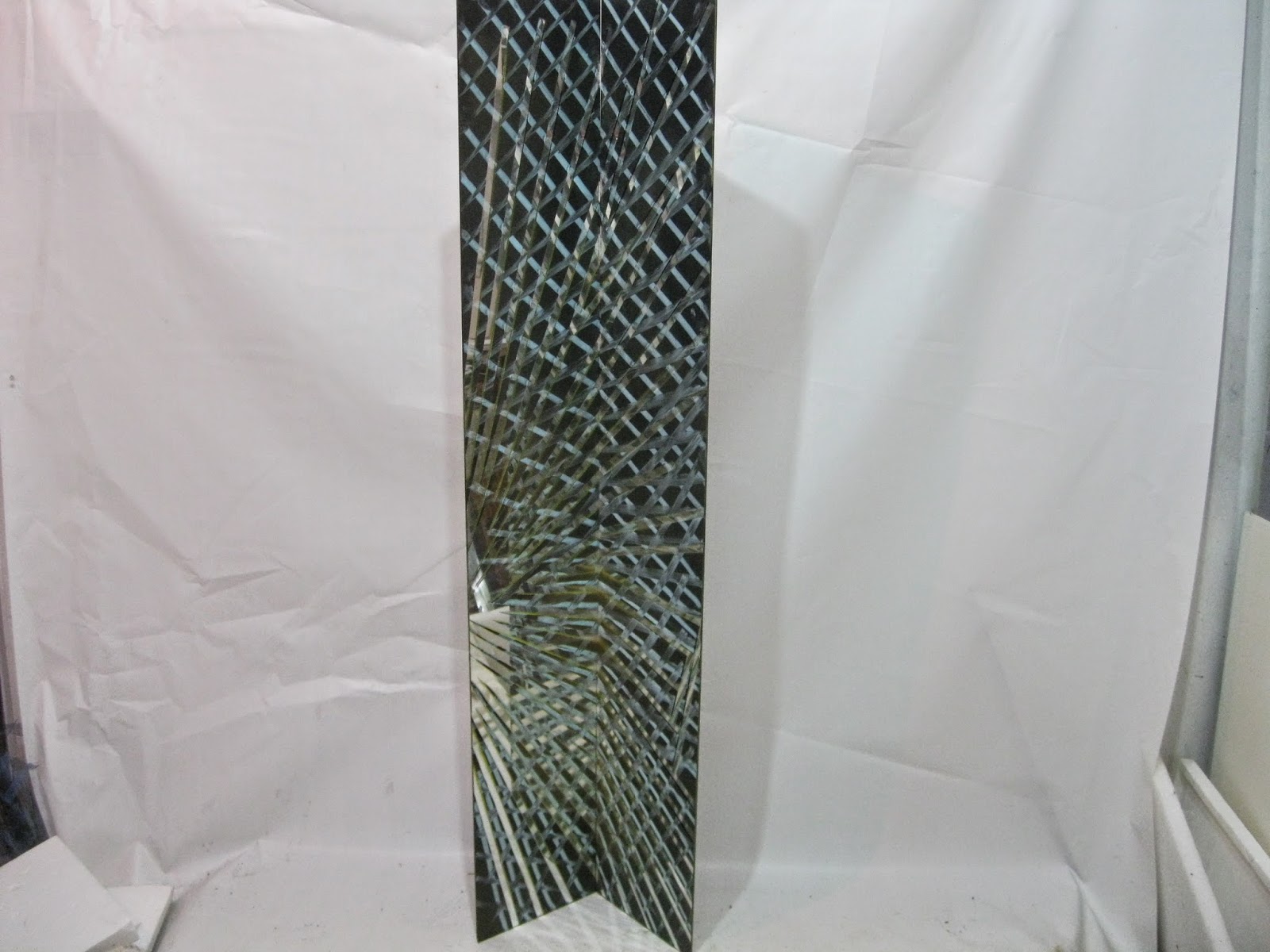 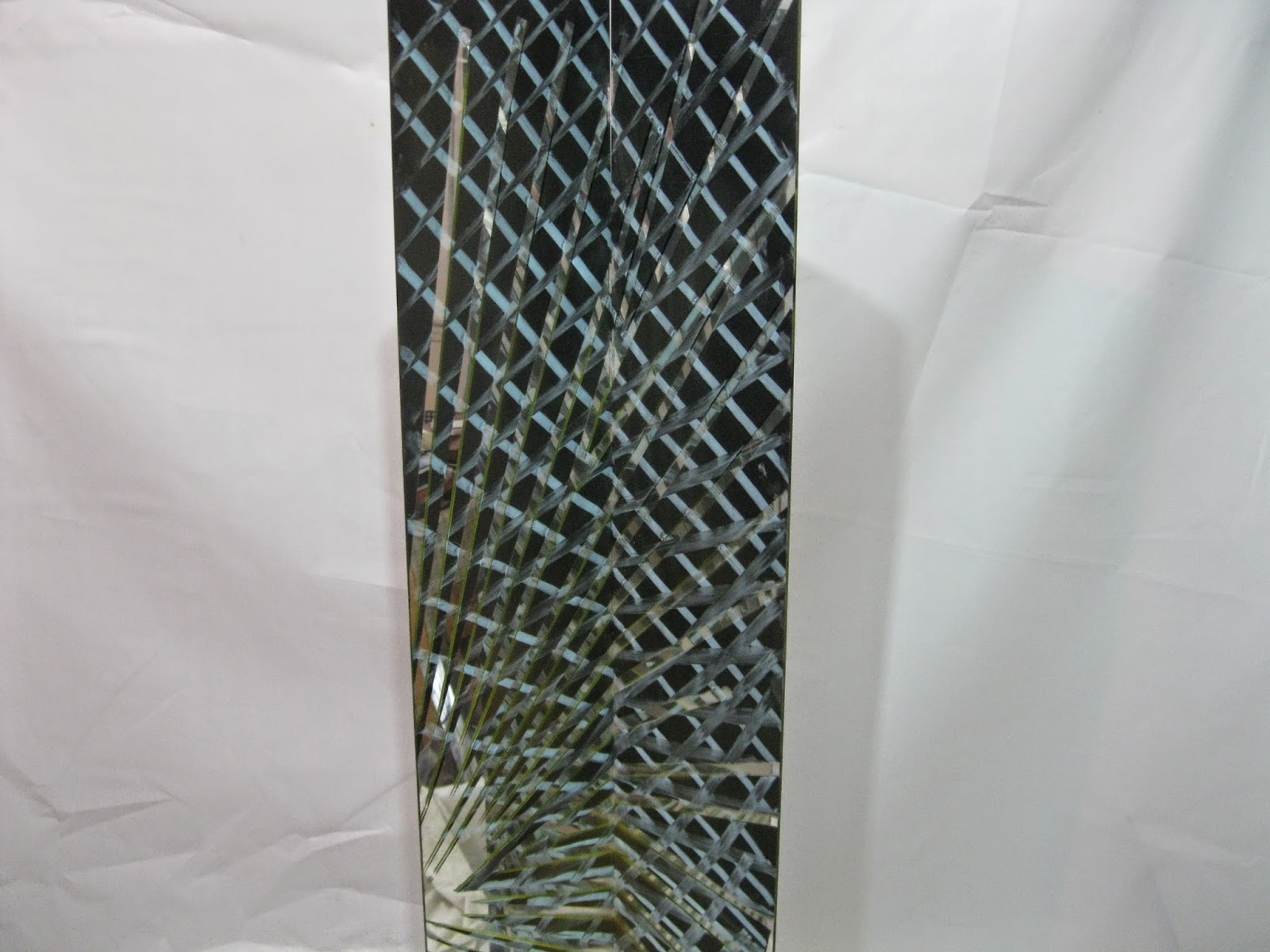 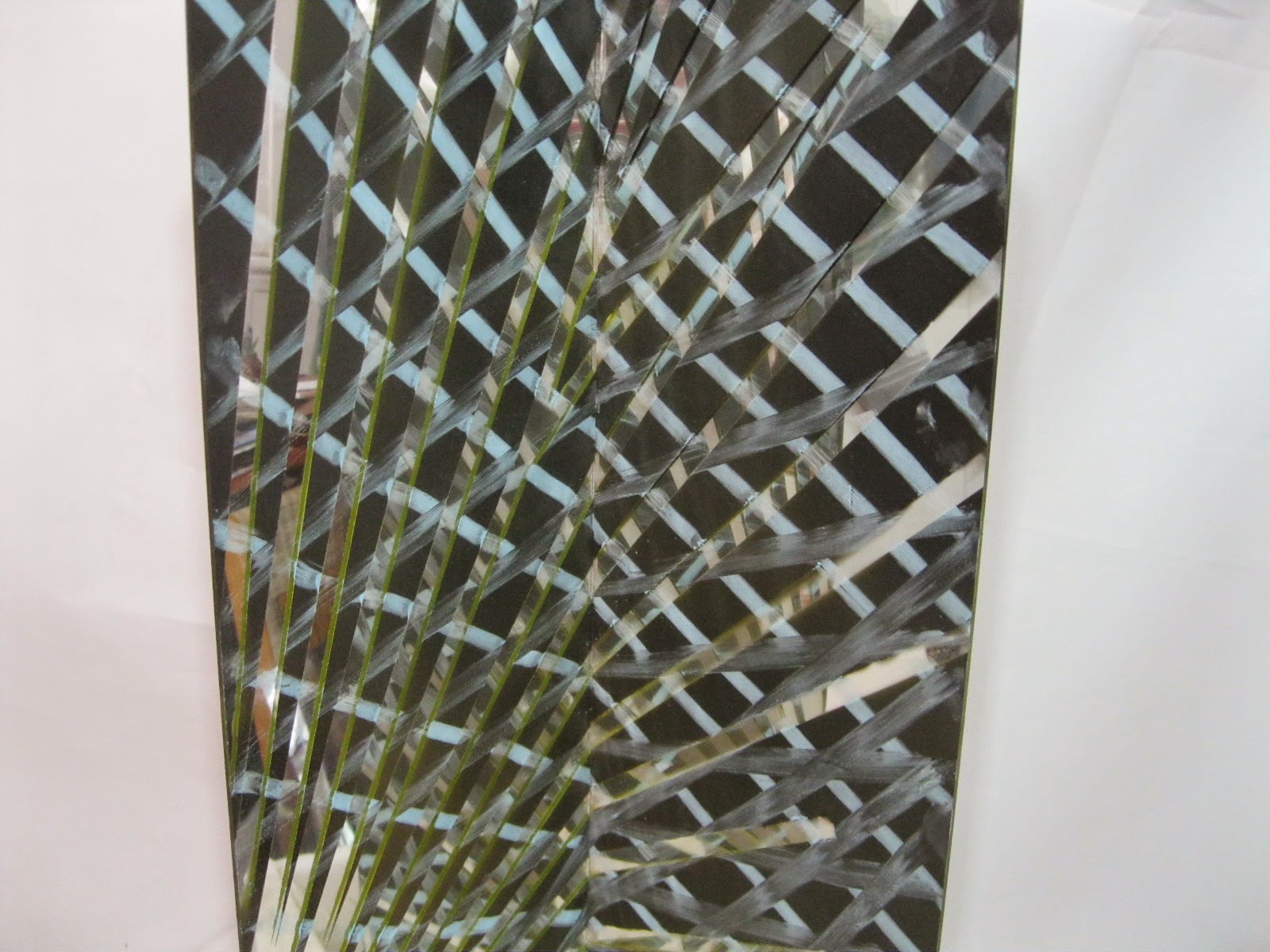 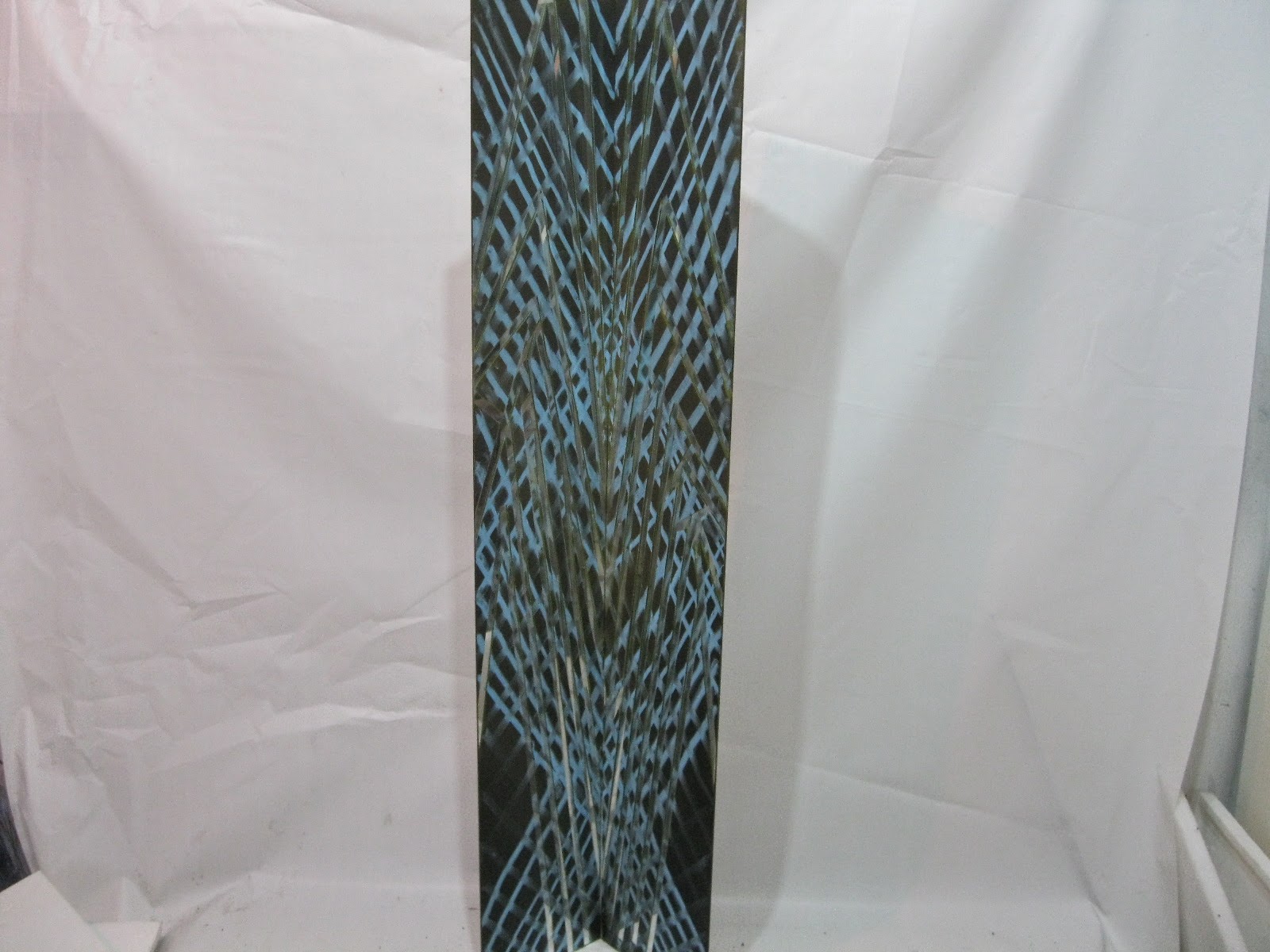 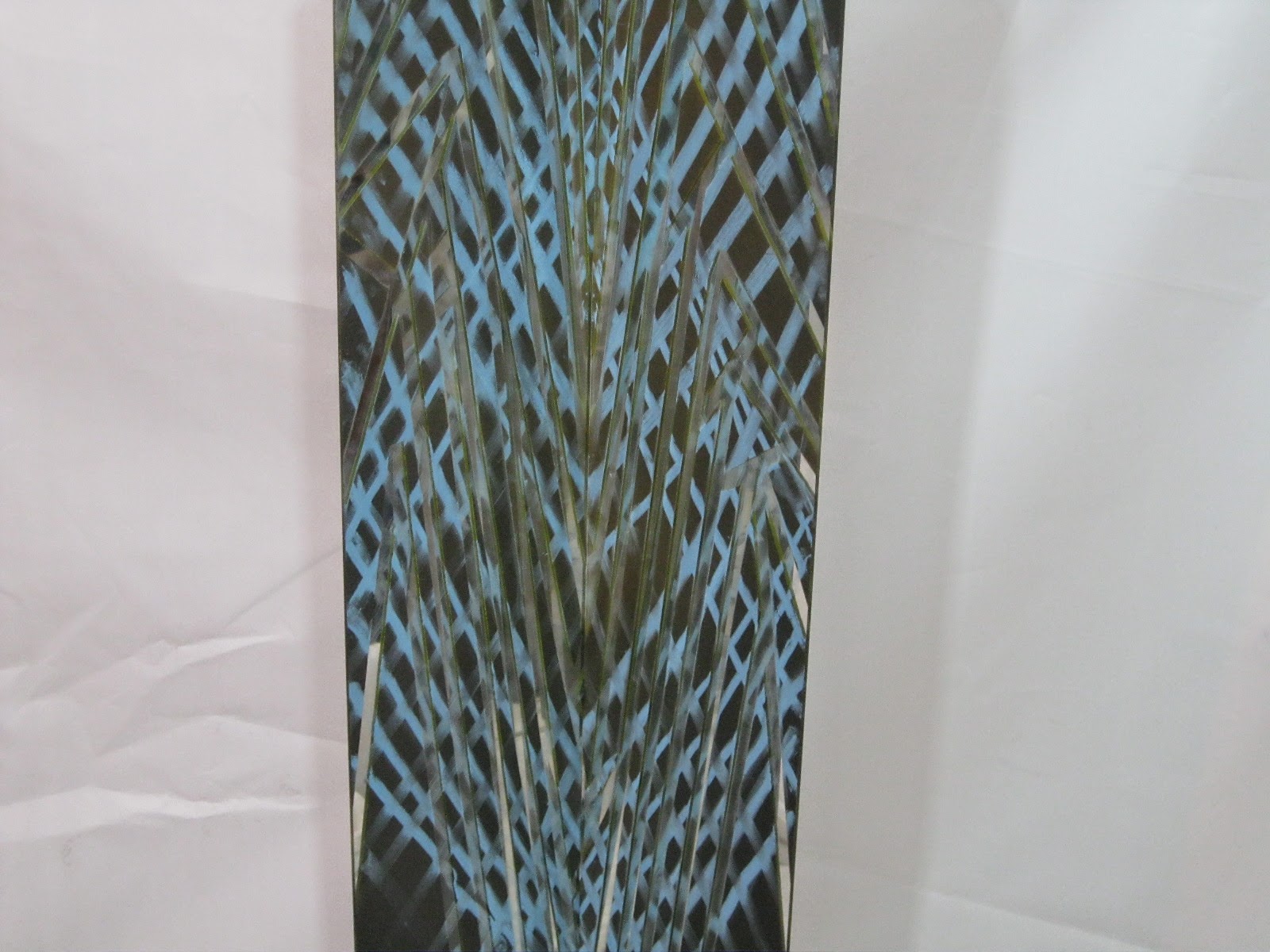 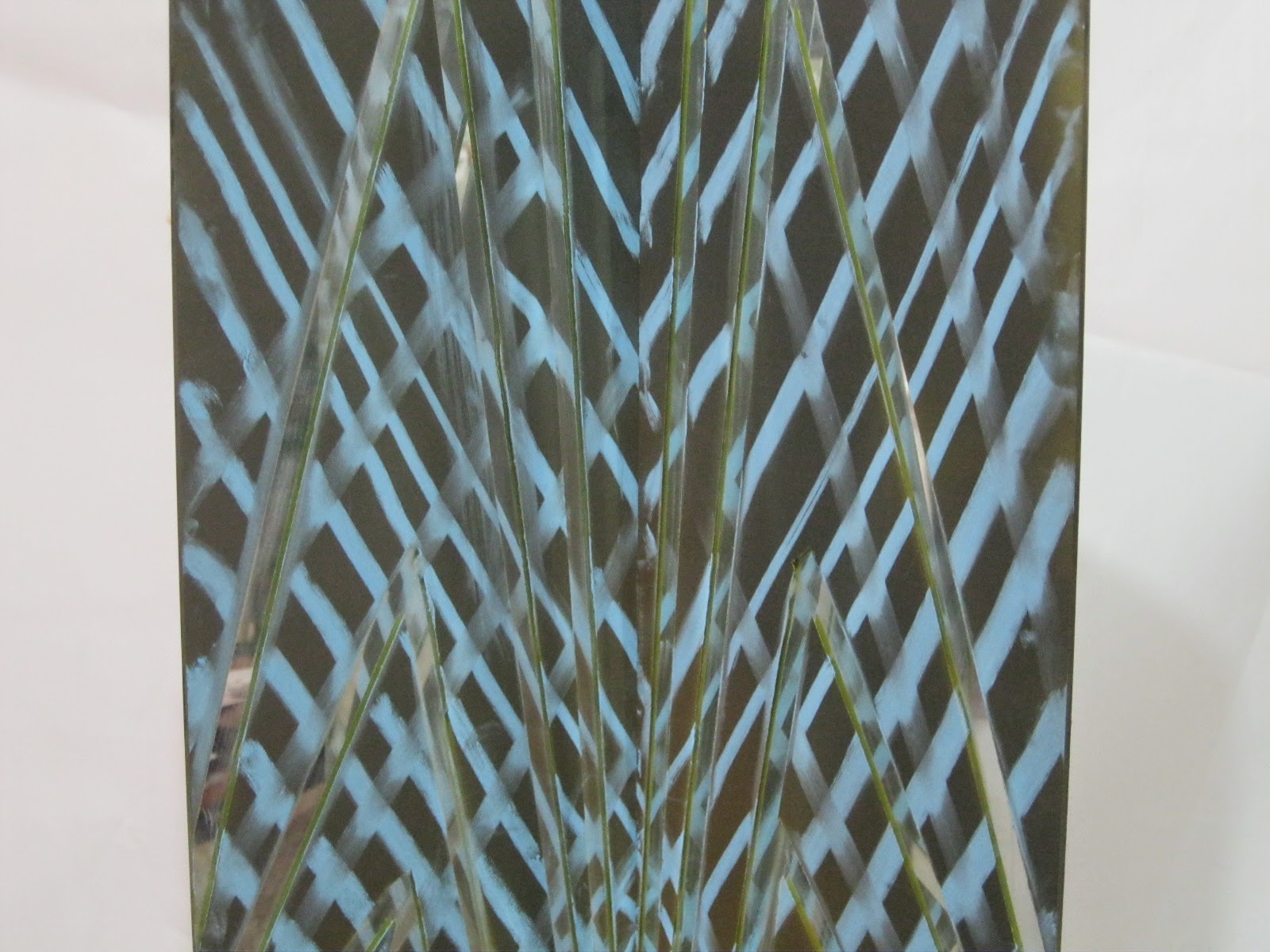 The later paintings in this series were painted first with a brilliant yellow or orange undercoat, which can be seen  when light hits the mirrors at a certain angle; it gives them a peculiar glow. I did about twenty one of these over a summer, but they proved mortal beyond belief, and only ten have survived ntact-- a gale detached a door in a storage unit, destroying a number of them. Viewing the wreckage I had the sense of a clean hollow at my center--but there is nothing to do but pick up the pieces, and sigh to the night, and wake with a new resolve at dawn.
Posted by phillip larrimore at 4:53 AM